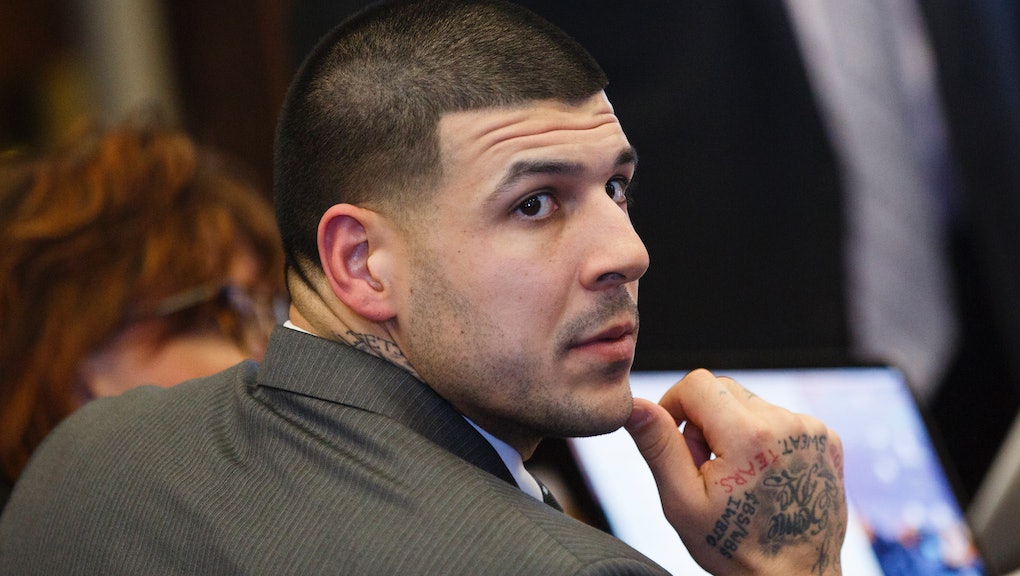 There’s plenty to say about the new Aaron Hernandez Netflix documentary: it was long, it was upsetting, it didn’t really bring any new information to light. And those are all true things. Somehow, despite being over three hours, Killer Inside: The Mind of Aaron Hernandez felt much longer. In the years since Hernandez died by suicide, the murder he was convicted of and the two others he was implicated in haven’t become any less tragic, neither has the circumstances that surrounded Hernandez’s life and death.

The documentary revisits all of that and more. Hernandez’s nearly non-stop use of drugs and alcohol, the possibility that he was sexually abused as a child, his romantic relationships with men, the postmortem discovery that he had one of the most advanced stage cases of CTE ever documented. In all of that, college and professional football served as a backdrop. It was a setting where Hernandez was allowed to behave however he wanted — as long as it didn’t interfere with his ability to play the game.

His career became a repeated focus of the documentary, which tried to incorporate the ills of fame and life in the NFL specifically. The fact that Hernandez quite possibly murdered two men outside of a Boston nightclub in 2012, and then went on to play an entire season of professional football without showing even the slightest indication that anything had gone awry does seem incomprehensible.

But even as more information is explored, and interviews are conducted with people who knew Hernandez (and in some cases didn’t) the documentary felt like it was trying to find ways to answer the unanswerable: why did Aaron Hernandez do what he did? Was it all of the concussions, or the drugs, or being closeted in an industry that is infamously homophobic? Maybe it was childhood sexual abuse? Or the death of his father? Maybe it was his own preoccupation with his perceived masculinity, shaped so severely by the abusive and controlling father he lost?

It might have been any one of those things, it might have been all of them. Killer Inside isn’t the first time Hernandez has been attempted to be understood — a thorough investigation by the Boston Globe’s reporters was released in 2018, one which included a more extensive look than Killer Inside did. As Jack Dickey wrote for Sports Illustrated in reviewing the documentary, “Homicide is tragic and, when fame is involved, intriguing—but it is not always profound.” There certainly might be something profound about the myriad of factors that led Hernandez to commit at least one murder, but whatever it was, died with him.

What we are left with, before Netflix’s Killer Inside, and definitely after, is the frustrating realization that there will be no peaceful resolution to this story, there’s no closure to be had. Including Hernandez, four men are dead at the hands of someone who chose violence as a way to deal with his pain. It cannot be undone. Killer Inside was a riveting, heart-wrenching three hours of television, but there was no satisfaction in watching. Just a disquieting reminder that some things can never be understood.

More like this
How many times must victims relive their trauma in the Larry Nassar case?
By Chloe Stillwell
The first frustrating roadblock in Marilyn Manson’s sexual assault lawsuit is here
By Chloe Stillwell
A mother and daughter have been charged with murder after performing a back alley butt lift
By Melissa Pandika
Stay up to date