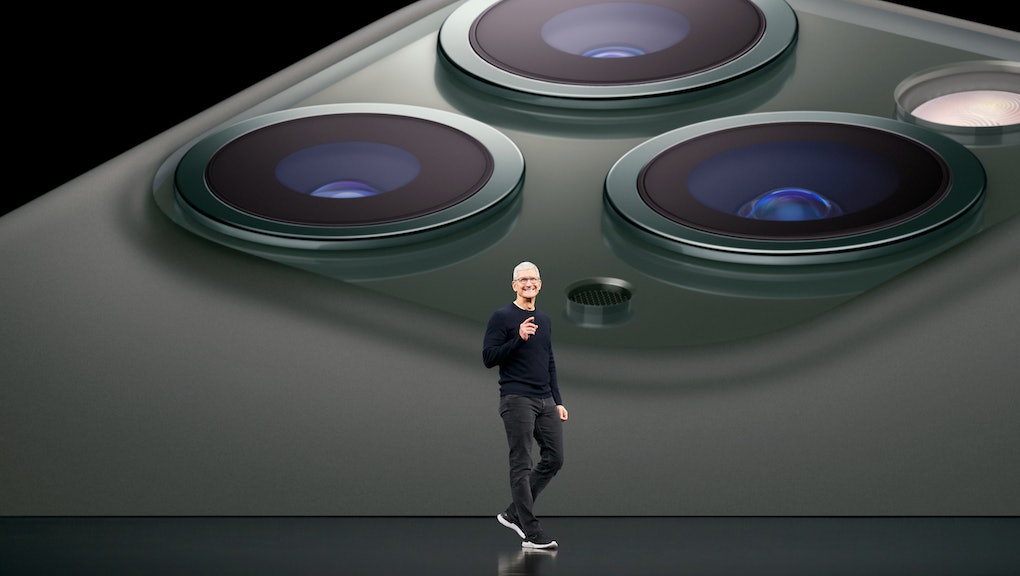 Leaks about Apple's upcoming iPhone 12 line revealed today by Jon Prosser of Front Page Tech claim to expose pretty much everything about the new phones, including models, storage capacities, prices, and names. Prosser has been pretty accurate with his past Apple leaks, but these are still just rumors, so details could change by the time the company holds its official announcement for the phones, likely later this year. That said, if you're in need of a little tech fantasy today here's a breakdown of the rumors.

Taking a look at the first big question: Will there be a delay with the iPhone 12's release date? Possibly, reported CNet, citing sources that predicted a slowdown in production due to coronavirus-related lockdowns in China. Apple's largest manufacturer told investors it should make any deadlines by fall, though folks are still cautious about being too optimistic.

The good news is that the sources predicted that the official announcement for the iPhone 12 could be late by only a month, in October, which isn't so bad all things considered.

According to Prosser, there will be two iPhone 12 models: The 5.4-inch iPhone 12 and a larger 6.1-inch iPhone 12 Max. Both models should have improved displays that will save battery life while deepening the colors and contrasts you see on the screen. They'll also have aluminum bodies, 4 GB RAM, 5G compatibility, and dual cameras for additional features, Prosser claims.

Each of the phones will apparently come with two different storage sizes, both of which would be big improvements compared to Apple's older smartphones. For the iPhone 12, the 128 GB model will cost $649 and the 256 GB model will set you back about $749, according to Front Page Tech.

Front Page Tech also revealed what it claims are the two iPhone 12 Pro models: The 6.1-inch iPhone 12 Pro and the 6.7-inch iPhone 12 Pro Max. Both are made of stainless steel and feature an updated screen that can display over one billion colors, according to PhoneArena.com, which is much more than what the iPhone 11 Pro can display (about 16.7 million). These phones will also have 6 GB RAM, 5G compatibility, and a triple camera system for better picture-taking.

This article was originally published on May 11, 2020