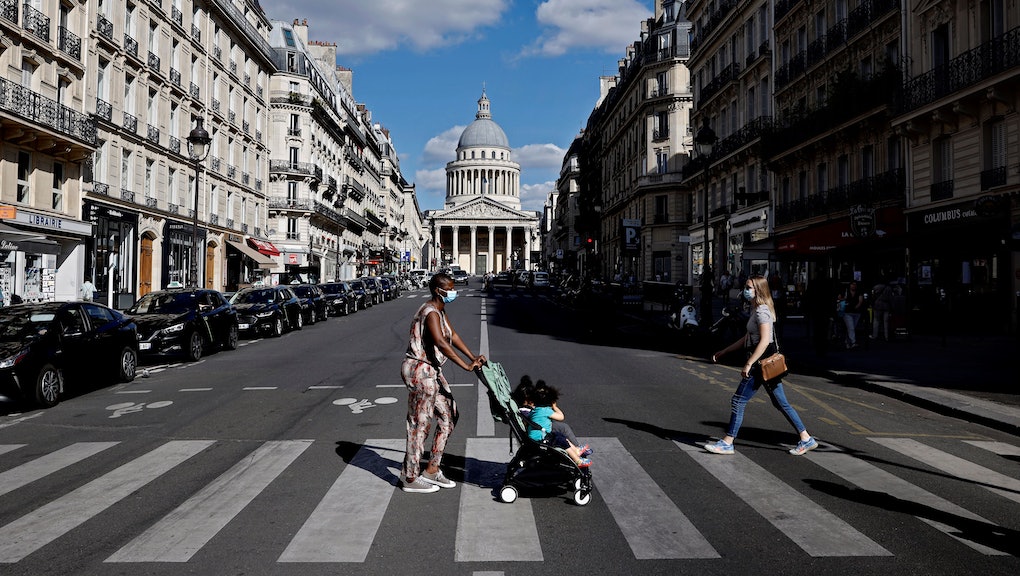 The decision by countries around the world to quarantine their citizens in order to slow the spread of coronavirus had an unintended side effect: one of the most significant short-term drop-offs in greenhouse gas emissions on record. According to a study published Tuesday in Nature Climate Change, scientists report as much as a 17 percent decline in daily global emissions, with some countries experiencing even more drastic drops.

The study examined 69 countries that account for about 85 percent of the world's population and 97 percent of global greenhouse gas emissions. By creating an algorithm that could estimate the change in emissions levels based on policies implemented by local governments, the researchers were able to project the rate of decline in emissions. They estimated a decline of about 1,048 metric tons of carbon dioxide through the end of April. The researchers also were able to attribute where the declines were coming from in six different sectors of the economy. Aviation was hit the hardest, seeing a 60 percent drop, while surface transportation like cars dropped by 36 percent. The only sector to see an uptick was residential, though it only climbed by three percent while power dropped by seven percent overall and industry fell 17 percent.

In the long-term, the dip isn't likely to last. Assuming countries start returning to a form of life that more closely resembles a pre-pandemic world, emissions are likely to start rising again. However, scientists do believe that the multi-month dent will be reflected in the year-end totals. According to the study, the researchers project that 2020 emissions levels will fall between four to eight percent compared to the year prior, which would represent an unprecedented decline.

By contrast, the International Energy Agency reported that emissions leveled off in 2019, resulting in near-identical levels as produced in 2018. Breaking even was considered a pleasant surprise, as it was projected that emissions would continue to climb, as they tend to year after year. It's also worth noting that historically, downturns in emissions are met with bigger peaks in the following years. A 1.5 percent drop in emissions occurred in 2008 during the housing crisis and Great Recession, only to skyrocket by five percent in 2010 as the economy started booming again.

Even with the dramatic downturn caused by effectively closing significant portions of global economies for multiple months, the world is unlikely to be on pace to combat the potentially devastating effects of climate change. According to the United Nation's annual Emissions Gap report, global greenhouse gas emissions need to be cut by 7.6 percent annually starting in 2020 in order to meet the goals established by the Paris Climate Accord, in which world leaders promised to work to keep global warming below two degrees Celsius. According to the UN's projections, current levels of emissions would result in a global temperature rise of as much as 3.2 degrees Celsius by the end of the century. A temperature increase of that magnitude would likely have unfathomable consequences, causing sea level rises that could force hundreds of millions of people from their homes, killing off as many as one-third of all plant and animal species, and result in significant breakdowns to economies and society.

The coronavirus pandemic has inadvertently shown the world just how big the challenge of combating climate change will be. Shutting down the world's economy for a couple of months each year likely isn't a viable option. If we're truly going to turn things around and avoid self-imposed destruction of the planet, it's going to take a response just as serious and concerted as the one to address coronavirus. The pandemic has not shaken the public’s sense that climate change is a looming concern. Leaders of the world may want to take that as a cue to start really addressing the problem.