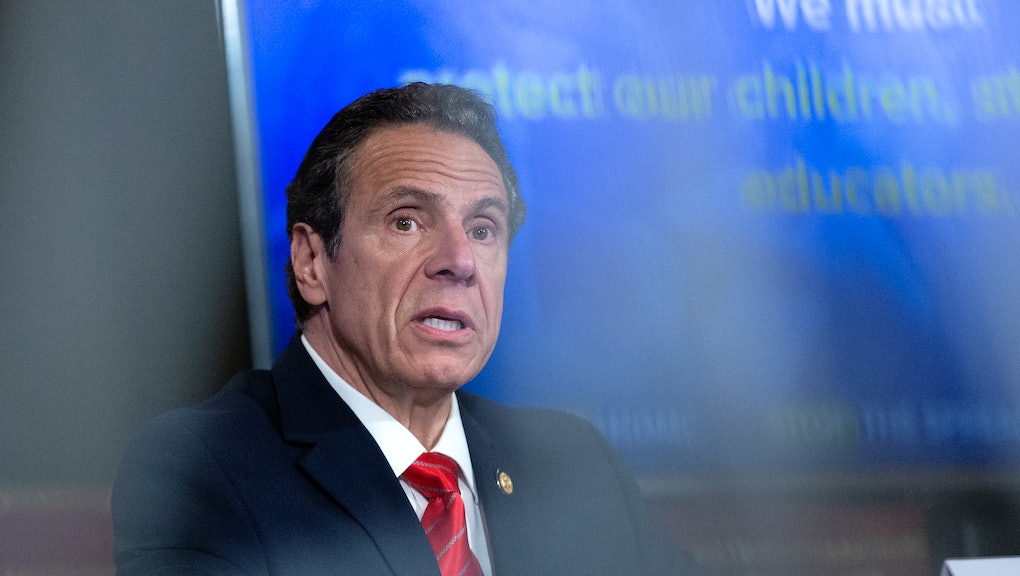 Legislation that was introduced two years ago in New York is getting new life due to the recent string of high-profile racist incidents. New York Assemblyman Felix Ortiz's bill, A3566, would make it a hate crime to falsely report a 911 call rooted in prejudice, such as racism or sexism. If passed, the law would make phone calls like the one Amy Cooper placed to authorities last month while in Central Park illegal.

While walking her dog in an area of Central Park known as The Ramble, Cooper, a white woman, placed a 911 call to file a report against a Black man, Christian Cooper (no relation), who had asked her to put a leash on her dog. Leashes are required in The Ramble. Cooper began filming the interaction, and the video clearly portrays Amy Cooper speaking to police in an increasingly, exaggeratedly distressed manner. Many noted that the use of her language and tone harkened back to the history of white women using their social privilege to accuse Black men of crimes they did not commit.

"How many more incidents like the one we witnessed this past weekend where someone calls the police on a Black man to falsely claim he was committing a crime and threatening them before we take action," Ortiz said in a press release. "These incidents are not only racist and shameful but serious and dangerous to all involved. Too often, these incidents end in tragedy and we must take action to stop them for happening," he said, noting that so often when police respond to a 911 call, their presence dangers the wellbeing and life of Black people specifically.

With less national tolerance for this kind of blatant racism, New York Gov. Andrew Cuomo (D) has openly stated his desire to sign the legislation into law as just one part of a broader legislative package aimed at tackling systemic racism, use of police force, and police brutality. "The bottom line is: We should be using better judgment. Racism gets created, and I think that by making false reporting because of gender or region is completely unacceptable and intolerable," Cuomo said.

The state legislature's Democrats devised a broad collection of bills Cuomo is expected to sign. Among them is S6670B, also known as the Eric Garner Anti-Chokehold Act, which bans the use of chokeholds or any other act that "commits the crime of criminal obstruction of breathing or blood circulation ... and causes serious physical injury or death to another person." The legislation would make this use of force a felony. While the use of chokeholds was banned in 1993, in 2014 a police officer used a chokehold on Eric Garner, killing him while he repeatedly stated, "I can't breathe." Tbill notes that the ban was not "sufficient" or "enforced."

Another piece of legislation state lawmakers will address Tuesday is a bill that aims to hold officers accountable for their actions by repealing a statute known as 50-A. While intended to shield cops from being targeted or sued unnecessarily, this civil code makes it near-impossible for members of the public to look at an officer's personnel file, which protects officers from any sort of liability for their actions. State Sen. Jamaal Bailey (D) is the bill's sponsor, and he told local station Spectrum News 1 that "after the tragic murder of George Floyd, we have seen as a country what police misconduct does."

In light of the protests sparked by the police killing of Floyd in Minneapolis, the New York legislature's moves mirror those of district attorneys looking to hold officers accountable for their uses of force at peaceful demonstrations. One such highly visible incident of police force involves a 28-year-old New York Police Department officer named Vincent D’Andraia, who shoved a 20-year-old woman to the ground at a protest, causing her to suffer a concussion and seizures. Charges brought by Brooklyn District Attorney Eric Gonzalez against D'Andraia, who turned himself in Tuesday morning, are the first such charges against a NYPD officer for their conduct during the protests.

Public pressure is forcing district attorneys and police commissioners to consider swift and stringent disciplinary action for other officers whose actions were caught on camera, such as one who opened a car door into a protester as the vehicle moved through a crowd, and another who removed someone's mask before pepper-spraying them in the face.

More like this
Nearly half of Asian Americans have experienced at least one racist incident, per a new survey
By Rafi Schwartz
Texts from Matt Gaetz's "wingman" allege that the congressman paid for sex with a 17-year-old
By Rafi Schwartz
In his first address to Congress, Biden took on the country's vices: guns and police brutality
By Rafi Schwartz
Stay up to date