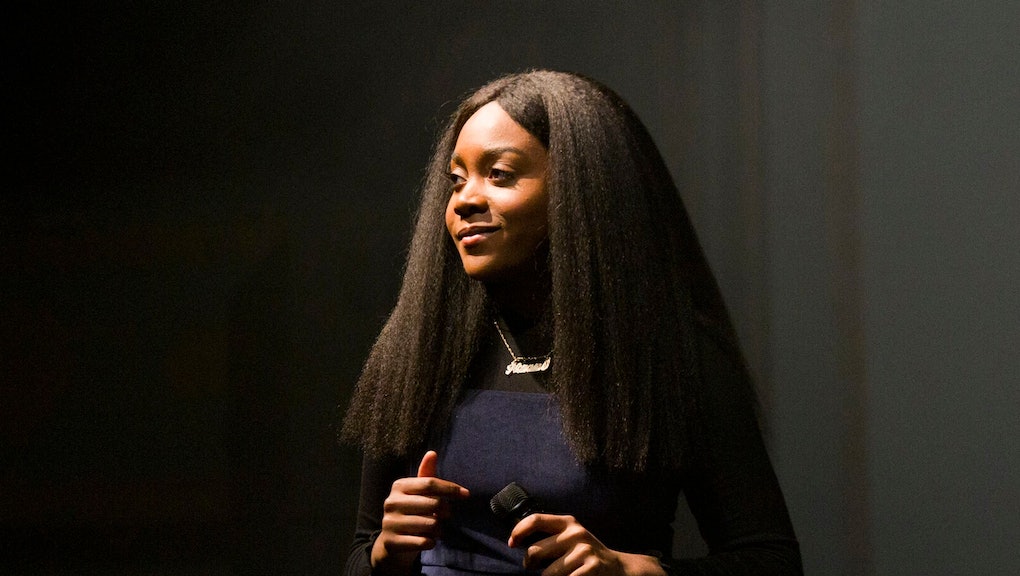 Noname is known mainly for her music — lyrical raps that contend with everything from her own fragility to systems of oppression. She’s remained independent throughout her career, using social media to cultivate a dedicated fanbase who regularly engage with her on Twitter. That’s how her book club began: The musician tweeted about reading a book, and one of her followers responded that they were also reading the book and that the two should become pen pals.

In an interview with Trevor Noah on The Daily Show, she explained a bit more about her motivations for creating the book club. Her mother owned an Afrocentric bookstore in Chicago for 20 years, and growing up in such close proximity fostered a deep love and appreciation for reading. As the book club has grown (the Twitter account for the club has nearly 50,000 followers), Noname has imparted the value of shopping at independent bookstores onto the participants in the club.”

"We're trying to incentivize people to shop locally,” Noname told Noah. “Yes, you can participate in the book club online, but we really encourage our readers to shop at these POC-owned bookstores that we have in our directory. It's a little bit of a fuck you to Amazon and kind of a fuck you to the FBI... COINTELPRO and what they did to destroy black bookstores."

In 1968, FBI director J. Edgar Hoover wrote a memo directing the agency to “locate and identify black extremist and/or African-type bookstores in its territory and open separate discreet investigations on each to determine if it is extremist in nature.” A years-long operation of spying on black-owned bookstores began, invading the owner’s privacy and casting a cloud of suspicion over shop owners who sold books like The Autobiography of Malcolm X.

“From cult classics to the words of emergent authors, Noname’s Book Club highlights books that speak on human conditions in critical and original ways,” the book club’s website reads. Books that have been selected include Octavia E. Butler’s Parable of the Sower, Eduardo Galleano’s Faces and Masks, and Pedagogy of the Oppressed by Paolo Freire. The website also includes a directory of POC owned bookstores in several different cities, making it even easier to avoid purchasing books from Amazon or other large online retailers.

The book club includes picks from Noname but also friends; this month’s books were chosen by Kehlani. During her interview with Noah, she invited him to pick out an upcoming month’s books. Noah also asked Noname if she felt that there was a dip in the promotion of reading among rappers — in the 90s especially, rappers shared what they reading and what they were learning with regularity — and if she thought other rappers had a responsibility to help and bring that back.

“I wouldn’t specifically put it on the culture like I don’t think it’s rappers. I think that generally people are just not reading,” Noname responded. “And I think specifically there have been communities that have been targeted when it comes to the lack thereof. Either with book stores or with schools.”

More like this
Did Ta-Nehisi Coates troll Jordan Peterson in his 'Captain America' comic?
By Kara Weisenstein
The spectacular origin story of Stan Lee, superhero-level grifter
By JW McCormack
Queen Rihanna marched with the people against Asian hate this weekend
By Kara Weisenstein
Stay up to date