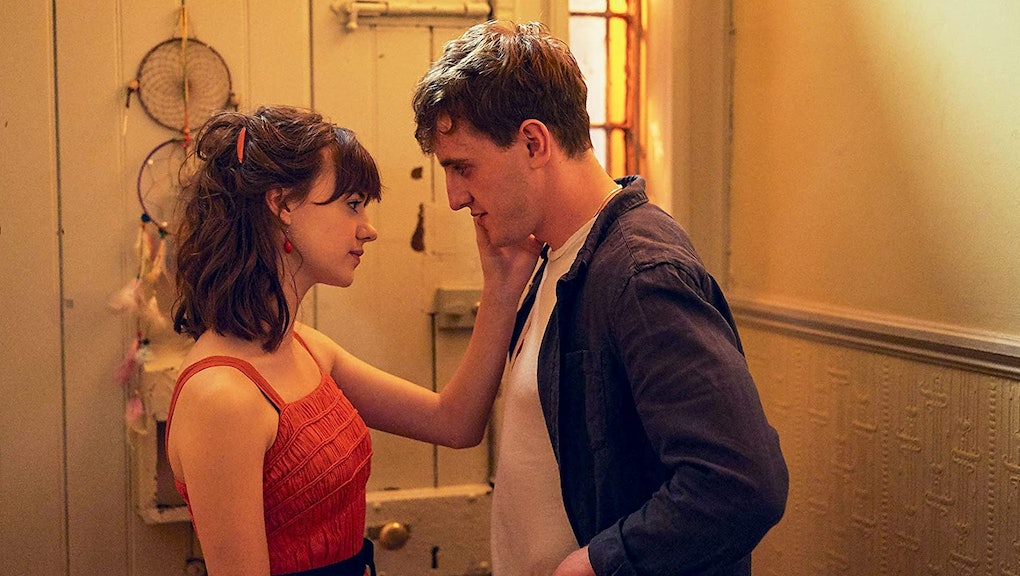 'Normal People' is profound in its simplicity

On the surface, it’s a mystery why Normal People is such a sensation. It’s not a particularly flashy story. The new Hulu adaptation of Sally Rooney’s 2018 novel centers on the relationship between Connell, a sensitive jock, and Marianne, a brainy outcast. His mom cleans her family’s mansion, and before long, they’re hooking up and hiding it from the popular crowd. You can probably guess how things unfold from there. Normal People follows Connell and Marianne's romance over the subsequent years, through high school and college, as they drift together and apart.

Normal People is partly so compelling, because lots of us have lived some version of Marianne and Connell’s relationship. The stupid blunders and breathless rendezvous are par for the course when you’re young and in love. But Marianne and Connell also stick with us because of how vividly they're written by Rooney, who’s been hailed as “the first great millennial novelist” and “Salinger for the Snapchat generation.”

One thing the breakout Irish author does exceptionally well is render interpersonal relationships with pinpoint precision. Her first novel, 2017’s Conversations With Friends, was about the complex dynamic between a pair of lovers-turned-best friends. Normal People examines the ways lovers shape each other’s trajectories in ways mundane and profound, like the way water carves through stone.

“[Marianne and Connell] are very complicated, flawed, and sometimes quite unlikeable,” Daisy Edgar-Jones, 21, who plays Marianne in the series, told Elle. “Sally creates characters who are real, and therefore make mistakes and can be ugly sometimes.” In her writing, Rooney unflinchingly explores her characters' inner lives. The film adaptation of Normal People relies on body language and meaningful glances to add subtext to the things Connell and Marianne do and don't say.

Even before Normal People was published in 2018, it was optioned for TV by Element Pictures and the BBC. Rooney herself adapted the script, along with playwright and screenwriter Alice Birch. As such, the limited series adheres pretty closely to the book. Its 12 carefully constructed, 30-minute episodes let the story unfold slowly, giving viewers the chance to really get to know Marianne and Paul over the course of six hours. Normal People is more proof that the limited series is an ideal format for adapting novels, following the success of Little Fires Everywhere, Big Little Lies and The Outsider. Rather than condensing a book's plot into a 90-minute or two hour movie, giving a story the prestige television treatment lets it breathe.

Much fuss also been made about the sex and nudity in Normal People. And while there is a lot of it, it never feels gratuitous. Intimacy is as much of a storytelling device as words, and the encounters between Connell and Marianne aren’t just sensual, they’re strikingly realistic. The production enlisted intimacy coordinator Ita O’Brien to ensure the comfort and safety of its young stars. Having an intimacy coordinator on set is a recent Hollywood innovation, fueled by the repercussions of the #MeToo movement, but Paul Mescal, 24, who plays Connell, said having a professional to guide them through tricky scenes was a game changer. “I wouldn't sign on to a production if I had to do sex scenes without an intimacy coordinator,” Mescal told Elle. “It would be like asking me to do a stunt without a stunt coordinator.”

Seeing full-frontal nudity on Hulu is still a little surprising. But unlike a lot of other shows, like Outlander for example, which uses sex to titillate, Normal People uses intimacy as a storytelling device. The sex never seems forced or gratuitous; it simply feels like we’re observing a real relationship.

I think that distinction gets to the heart of what’s so dynamic about both Rooney’s book and the new Hulu series, at the end of the day. As a storyteller, Rooney has a knack for vividly illustrating an imagined life, transforming mundane details into slice-of-life vignettes that say something bigger about how we behave. Normal People holds a mirror up to the fact that we’re all just lonely weirdos, looking to entrust our fragile hearts to one another.

More like this
The NFT gold rush, explained by the world's first meme manager
By Kara Weisenstein
How “stoopers” turned New York City sidewalks into trendy, sustainable thrift shops
By Jasmine Vojdani
The creators of MF DOOM tribute comic on his legacy: "DOOM is pop culture"
By William E. Ketchum III
Stay up to date