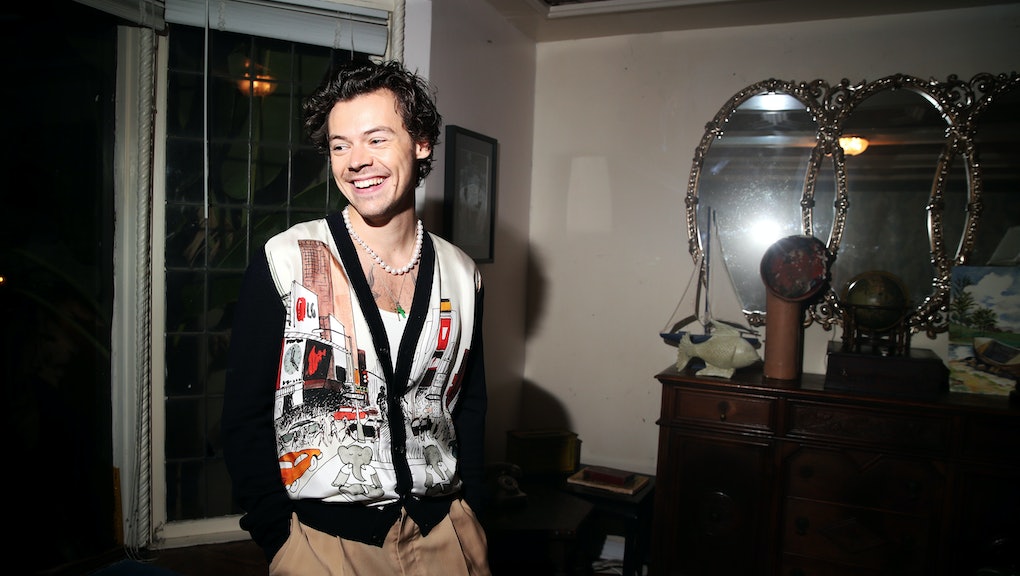 “Come with me, and we’ll see what the two of us can find,” Harry Styles coos in your ear. “Now we’ll snuggle on a raft and drift for endless hours.” No, this isn’t the transcript of your private fantasies about the Watermelon Sugar singer. Though Styles does want his fans to take him to bed. The superstar lent his voice to a 30-minute “Sleep Story” on the Calm meditation app, and the internet is so eager to adore him with the “Lights Out” that when Styles’s bedtime story debuted on July 8, the traffic actually crashed the Calm app and website for a spell.

Mindfulness and mental health are huge priorities for Styles, who invested in Calm back in 2018. The pop singer has been transparent about the impact of therapy on his life and his art. “Sleep and meditation are a huge part of my routine, whether I’m at home, in the studio, or out on the road,” Styles said in a statement announcing his “bedtime story for adults,” titled “Dream With Me.”

“Rest and recovery is as important as doing the work. Finding a balance has been endlessly beneficial to both my physical and mental health,” Styles added. “It’s changed my life. I’m so happy to be collaborating with Calm at a time when the world needs all the healing it can get. Treat people with kindness.”

You heard the man: 2020 is such a stressful nightmare, the good people at Calm sent Harry Styles to soothe our frazzled nerves. “His mellifluous voice is the perfect tonic to calm a racing mind,” said Calm co-founder and co-CEO Michael Acton Smith. I couldn’t have put it better myself.

There’s just one problem… being in bed with Harry Styles isn’t likely to make people feel very tired, you feel me? The teaser Calm dropped earlier in the week, of him merely saying, “Hello, I’m Harry Styles,” inspired a legion of Tik Toks posted by titillated fans.

Smith insisted Styles’s bedtime tale will help weary Americans get some sleep, however. “Harry’s voice usually electrifies audiences around the world, but his unique Sleep Story will help millions of people drift off to dreamland every night,” he said.

Calm has plenty of other celebrity-voiced sleep, meditation, and music content in its library. LeBron James, Matthew McConaughey, Kelly Rowland, Laura Dern, and Lucy Liu have all worked with the app — though none of their collabs caused nearly as big a splash as Styles.

More like this
Harry Styles, king of gender neutral style, is working on a line of cosmetics
By Kara Weisenstein
Calm app will pay tennis players' fines for skipping press in support of Naomi Osaka
By Kara Weisenstein
“Exhilarating, joyful, and of course pretty scary": Musicians on the pressures of returning to the stage
By Kelly McClure
Stay up to date