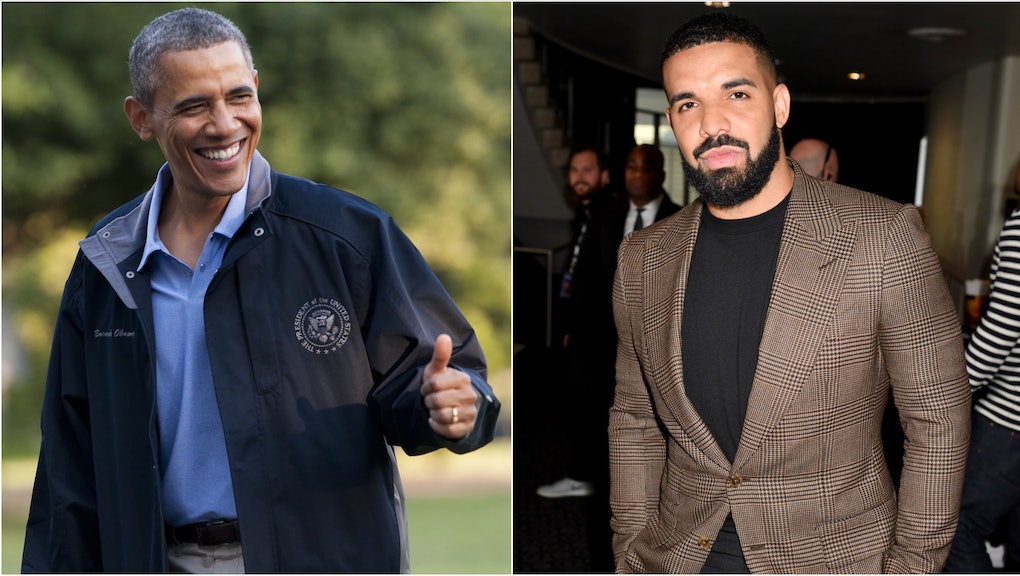 Obama wants Drake to play him in a biopic

In a clear bid for dad of the year, Barack Obama said he wants Drake to play him in a biopic, all because his daughters love the rapper. “I mean, that is a talented, talented brother,” the 44th president said during a recent episode of Complex’s 360 With Speedy Morman podcast. “Drake has, more importantly I think, my household’s stamp of approval,” Obama added. “I suspect Malia and Sasha would be just fine with it.”

Notably, Drake expressed interest in playing the former president a decade ago, during his first term in office. “I hope somebody makes a movie about Obama’s life soon because I could play him," the rapper told Paper in 2010. “I watch all the addresses. Anytime I see him on TV, I don’t change the channel, I definitely pay attention and listen to the inflections of his voice. If you ask anyone who knows me, I’m pretty good at impressions.”

Back then, Drake emphasized that “nobody’s called me about anything,” but if and when the time comes, he wanted to be ready. “I just pay attention so when the day comes I’m not scrambling to learn how to speak like him,” the artist said. Now 34, Drake is approaching an age where it’d make sense for him to play Obama. We’ll see if that decade of prep pays off.

Obama’s life has been dramatized for the screen a handful of times already. Devon Terrell played a college-aged Barack in the film Barry, and Parker Sawyers portrayed Obama’s courtship of Michelle in the movie Southside With You. Kingsley Ben-Adir starred as the former president in the Showtime two-parter The Comey Rule. If Drake stepped into the role, he’d be the most famous person to play Obama yet. Perhaps opportunity will arise when someone inevitably adapts the president’s new memoir, A Promised Land, into a glossy limited series. We bet HBO Max would do a slick job.