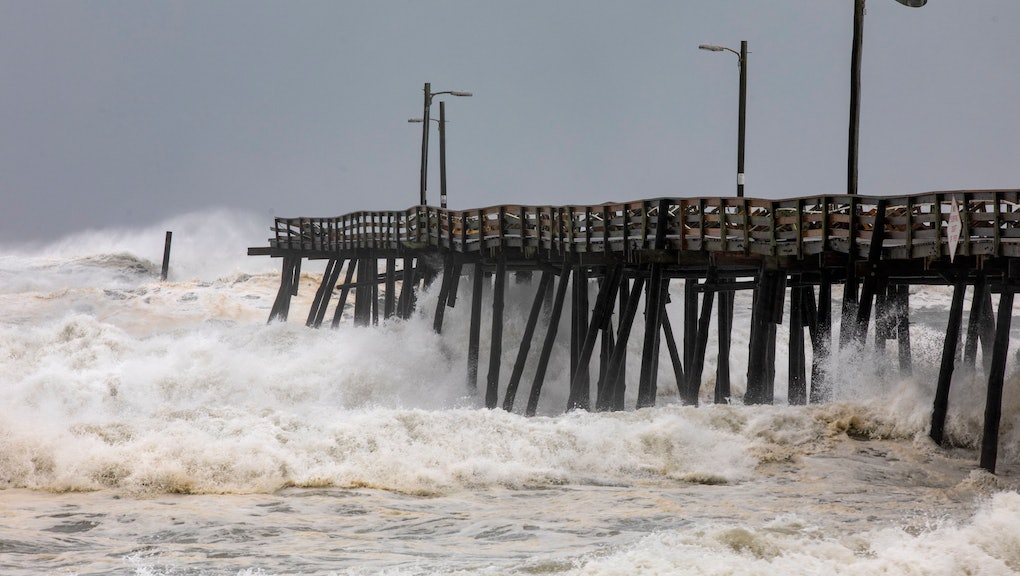 Climate change is already hitting our oceans and icy regions hard, warns a U.N. report released Tuesday, and the effects are starting to change the way of life for folks living in coastal and mountainous regions. The study, titled The Special Report on the Ocean and Cryosphere in a Changing Climate, examines how climate change currently impacts the ocean, its inhabitants, and people in various areas; how to prevent temperatures from rising further; and how to protect coastal cities from future climate-related challenges. The researchers are calling for national leaders to remain educated about climate change issues and to help their local communities adapt to the unavoidable changes.

The report is a group effort by 104 scientists who authored and edited the paper. Released by the Intergovernmental Panel on Climate Change (IPCC), a branch of the United Nations that focuses on climate change research, The Special Report cautions that the globe is already one degree Celsius higher than pre-industrial levels.

"There is overwhelming evidence that this is resulting in profound consequences for ecosystems and people," states the paper. "The ocean is warmer, more acidic and less productive. Melting glaciers and ice sheets are causing sea level rise, and coastal extreme events are becoming more severe."

According to the report, greenhouse gases in the atmosphere have already increased the Earth's temperature 1°C higher than pre-industrial levels. The study focuses on the effects of global warming on ocean and ice-reliant environments and offers evidence that it is in humanity's interest to keep the temperature from rising above 2°C, which is the threshold established by the Paris Agreement.

Changes in the high mountains

Communities that rely on snow and ice in high mountain regions are at risk of facing changes in water availability. As the cryosphere — the frozen areas of the planet — continues to melt from warmer temperatures, lower water availability may change the quality of water for people who live downstream. It will could affect power and energy levels, particularly if the residents depend on hydropower. Hazards like landslides, avalanches, and floods might also increase in frequency.

Making efforts to limit global warming could buy time for these communities to adapt. Local leaders should also consider exploring water management options, suggests the report. This could prepare residents for the changes in their sources of water.

The IPCC report also warns that the level of the world's oceans is rising twice as fast as usual. Although it's not completely unexpected for the sea level to rise throughout the years, researchers note that the rate of acceleration is alarmingly speedy due to the melting ice sheets and glaciers. The loss of ice can also be damaging for ocean life and marine mammals that rely on it for a habitat. Indigenous villagers living in the Arctic have already been forced to adapt to their rapidly melting environment.

The rising oceans also spell bad news for people living in coastal areas. "Global sea levels could still rise another 1 to 2 feet this century as ice sheets and glaciers [melt]," reported The New York Times. "To cope with these problems, coastal cities will need to build costly sea walls and many people will likely need to move away from low-lying areas."

Researchers with the IPCC recommend coordinating with indigenous peoples to create strategies and policies that will help local communities adjust to the changes. As it is now, with governance of the Arctic so fragmented, the polar regions are not prepared enough for potential climate hazards.

Coastal cities could also face increased risks due to global warming. Rising sea levels and warming waters tend to produce extreme ocean storms that can beat up low-elevation areas and islands like the Bahamas. If nothing is done to slow climate change —and if global leaders refuse to invest in protective measures against its effects — these communities would be at risk of increased flooding, hazardous cyclone winds and rainstorms, and displacement.

Without protection from these dangers, the effects may cause conflict and an exacerbation of poverty among vulnerable households that are unable to recover from the damage caused by a storm. The IPCC believes this issue must be confronted and addressed now, before the weather becomes worse, in order to protect these residents.

In addition to rising waters and raging storms, there are the challenges that come with changes to the ocean's ecosystem. "Ocean warming and acidification, loss of oxygen and changes in nutrient supplies, are already affecting the distribution and abundance of marine life in coastal areas, in the open ocean and at the sea floor," notes the report. The changes in the oceans are chasing lobsters away from their habitats in New England and driving fish in effected areas to migrate toward cooler waters. For the industries and residents that rely on fishing for work and food, this could have a drastic effect on the economy and health of their people.

"In the future, some regions, notably tropical oceans, will see further decreases," says the report. "Communities that depend highly on seafood may face risks to nutritional health and food security."

The best way to fight this, suggests the researchers, is for local governments to establish policies that can regulate fishing and provide marine-protected areas. It could provide people with enough time to adjust their lifestyles to one that can tolerate smaller catches.

Not only would the increasing temperature of the planet melt ice sheets and glaciers, it would also melt the permafrost — a permanently frozen layer of sediment in Arctic regions that's held together by ice. According to scientists, the permafrost is holding a lot of organic carbon and preventing it from going into the atmosphere. If the permafrost melts, there's a possibility that the carbon might escape, making global warming even worse. Additionally, the warmer weather can cause an increase of Arctic wildfires, which can disturb and displace wildlife.

The study notes that the carbon produced by the melting permafrost can be offset by increasing plant growth in the area, but the authors also admit this might not be a quick or easy solution to the permafrost problem.

How to prevent the loss of lifestyles

The key takeaway from the IPCC report is that governments and communities would benefit from taking steps to decrease greenhouse gas emissions, investing in the protection and restoration of ecosystems, and regulating natural resources. It would require "all aspects of society" to participate, according to the report, "including energy, land and ecosystems, urban and infrastructure as well as industry." The researchers believe mankind's best bet is for countries to strive to meet the terms laid out in the Paris Agreement. Doing so could "support adaptation to future changes, limit risks to livelihoods and offer multiple additional societal benefits."

More like this
Amid daily reports of catastrophe, Americans are finally starting to realize climate change is bad
By AJ Dellinger
Much of the American West is on fire. Again
By Vanessa Taylor
This is what it looks like when a city floods in real-time
By AJ Dellinger
Stay up to date