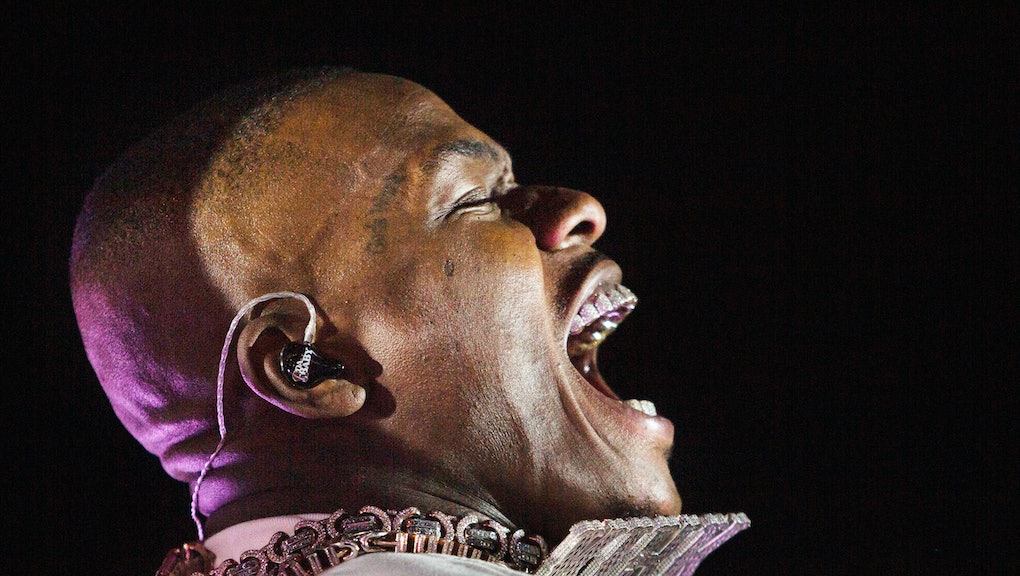 When someone shows you who they are, believe them. A week after posting an apology to the LGBTQ community for his hateful comments at Rolling Loud Miami, DaBaby backtracked and deleted the post from his Instagram page with no explanation.

Honestly, DaBaby deleting his apology is less shocking when you really look at what he considered an apology in the first place. Before his post ever got to saying sorry, it began with DaBaby victimizing himself by blaming social media for attacking his character before he had time to learn and grow. Besides the fact that he never explained what he learned, he doubled down on the victimization by claiming there were "people I know publicly working against me." Remember, this is all before he shares anything that resembles an apology. When the message finally does express his regret, it's two sentences tacked on at the end, as if the apology was an addition and not the central reason for the message.

When DaBaby posted his apology on Instagram on August 2, supporters of the embattled rapper hailed it as proof DaBaby just needed time and empathy to learn you don't die from HIV/AIDS two weeks after contracting it, or that the gay people who contract HIV/AIDS aren't "nasty gay niggas." Now, with the apology's deletion and DaBaby's subsequent silence over the decision, it's hard to not see the apology as nothing more than a crisis management attempt to stop festivals from removing DaBaby from their lineups. Before the apology went up, DaBaby had been removed from Governor's Ball, Day N Vegas, and Lollapalooza. Following the apology, he was removed from the lineups of Austin City Limits and iHeartRadio Festival, Music Midtown Festival and KS 107.5 Summer Jam. Add this to the fact Dua Lipa's "Levitating" remix featuring DaBaby was still being removed from radio even after his pseudo apology, and it's pretty clear why a man who never seemed sorry in the first place deleted his post when he saw that consequences don't stop when you insincerely apologize.

Recent reports suggest some of DaBaby's negative consequences could've been curtailed by showing a modicum of sincerity in a timely fashion. Industry insiders told Variety that Lollapalooza festival founder Perry Farrell spoke with DaBaby on the phone prior to removing him from the lineup on August 1, and reportedly left the conversation unhappy. Billboard reported DaBaby was asked to record a sincere video apology to be shown on Lollapalooza's screens for its crowds, but the video never came. The fact the apology video didn't come in time is surprising, considering it took less than 12 hours after spewing his homophobic comments at Rolling Loud for him to hop on his Instagram Stories and double down and blame everyone for the backlash but himself. Knowing he released an emotionless text apology days after being asked to release a sincere video apology to be shown to his fans at Lollapalooza makes the Instagram apology feel like a halfhearted attempt to save the millions he'd lose in cancelled festival gigs than a sign of actual change.

At this point, the best course of action for DaBaby is do to something that is antithetical his very boisterous nature: Be quiet and disappear.