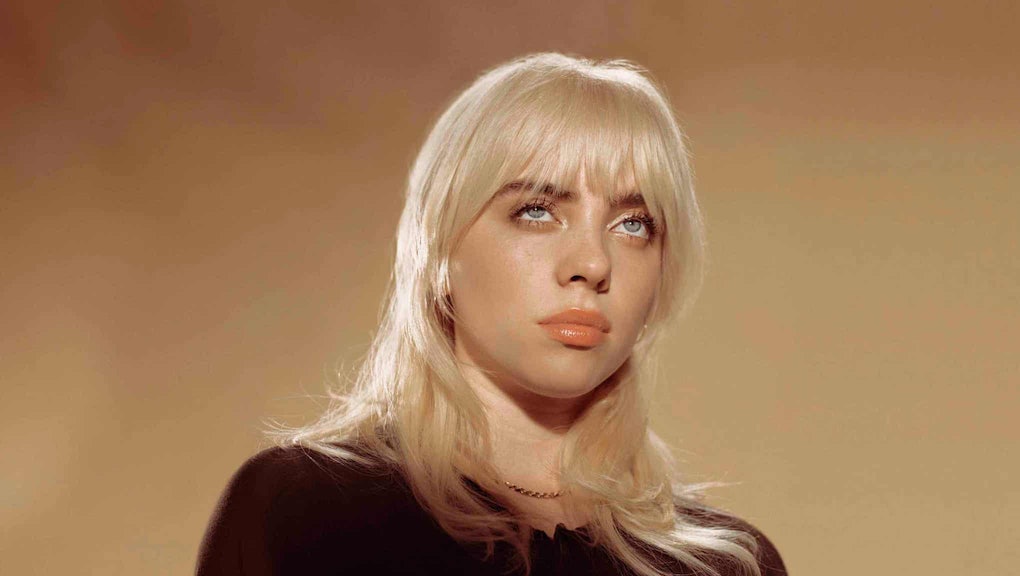 On 'Happier Than Ever,' Billie Eilish examines her life under the microscope of celebrity

When Ringo Starr announced Billie Eilish as the winner of Record of the Year at the Grammys in March, her reaction spoke volumes. Seated next to her brother and mainstay producer Finneas, the 19-year-old gasped behind her mask, physically jolting back in her chair. "This is really embarrassing for me," she said at the podium. "Megan [Thee Stallion], girl, I was gonna write a speech about how you deserve this but then I was like, there's no way they're going to choose me. It's hers! You deserve this."

The victory secured her a seventh Grammy in just two years' time, a nearly unparalleled milestone for an artist of her age. The year prior, she joined an exclusive club by sweeping the Grammys’ Big Four, a feat that had only been achieved once before, by Christopher Cross in 1981. That consistent unlikeliness has been the DNA of Eilish's rocket-fueled career since her debut 2015 single "Ocean Eyes," a sepia-toned dreamscape carried by a confidence and control that belied her 14 years. Then again, Eilish isn't like other pop stars. A Los Angeles native, she's come of age in the spotlight, chiseling at the rigid pop conventions while concurrently, and unpredictably, finding universal acclaim. Her debut album, When We All Fall Asleep, Where Do We Go?, was a grim pop fantasia, like something plumbed from a menacing nightmare. It portrayed a teen so in touch with and understanding of her angst that it instantly made her an unequivocal Gen Z avatar.

It's why her sophomore album Happier Than Ever, which released on Friday, is such a dynamic heel turn. It opens with the throbbing "Getting Older" and something of a mission statement: "Things I once enjoyed / Just keep me employed now / Things I'm longing for, someday I'll be bored of," she bemoans. Pop music demands so much from its stars, particularly the young ones, that it can often mercilessly ravage both the art and the artist. Eilish has experienced it firsthand. Early last year, she posted Instagram photos of her in a bathing suit on vacation, eliciting a swath of keyboard warrior criticisms. "I can't win. I can-not win," she told Dazed a few months later. Similar PR fires have been kindled since: when she switched her slime green hair color to platinum blonde, when she embraced her inner pinup on the cover of Vogue, when she allegedly started dating someone 10 years older than her and the Internet dug up his past homophobic and racist tweets, when she was accused of queerbaiting for captioning an Instagram post with "I love girls."

Living life under a microscope wears you thin, and it's a testament to Eilish's character that she not only endures, but flourishes. Some of Happier Than Ever's most striking moments come with a clarity and conscience that you'd typically find deeper into an artist's catalog. It's hard to resist the temptation to call Eilish wise beyond her years, but it's plain and true. Eilish is a master at distilling her real-time experiences into stark confessionals, and confronting criticisms with a clever knowingness.

A central theme of Happier Than Ever lies in examining the public's perception of her, namely of how she presents herself. On the wobbling "OverHeated," one of the album's more uptempo inclusions (which is to say there are few), she tackles the lofty expectations placed on her to dress or look a certain way. "I'm overheated, can't be defeated / Can't be deleted, can't un-believе it," she sings in a hush on the chorus. "Not My Responsibility" was one of six songs released prior to the album and feels like an anchor in context, questioning the idea of ownership in conversation with the notion of celebrity: "So while I feel your stares, your disapproval or your sigh of relief / If I lived by them, I'd never be able to move." It's an unfortunate reality that in the rabidness of pop culture, one's level of fame disaffords them privacy or autonomy. Eilish has come to grips with it, and addresses it with an almost condescending cool: "I'm not your friend, or anything, damn," she quips on "Therefore I Am."

Happier Than Ever is a deeply personal body of work, and while she rebuffs the sinister glare of the public, she opens up in a way that often codes as cathartic. "Wasn't my decision to be abused," she sings on "Getting Older." "I've had some trauma, did things I didn't wanna / Was too afraid to tell ya, but now, I think it's time." In her documentary The World's a Little Blurry that released earlier this year, she speaks of a past relationship where her ex was "self-destructive," and much of the album details how she coped with it. "Thought you had your shit together, but damn, I was wrong," she admits on the swaggering "Lost Cause." On "I Didn't Change My Number," she harmonizes over strobing keyboards: "Don't take it out on me / I'm out of sympathy for you / Maybe you should leave / Before I get too mean / And take it out on you / And your best friend, too." The title track is about as hardnosed as the album gets, both musically and lyrically: "'Cause that shit's embarrassing, you were my everything / And all that you did was make me fuckin' sad / So don't waste the time I don't have."

Subverting and controlling the narrative is the backbone of Eilish's career, which is why it comes as no surprise that Happier Than Ever is delivered in a whisper. For a pop star of her caliber, it's expected to go big on a sophomore album, especially with the pressures that come to top the success of your debut. Previous songs like "bad guy" and "bury a friend" had a gallop to them, with a roominess to venture into maximalist terrain. But it's a testament to Eilish and her producer Finneas that they doubled down with Happier Than Ever while maintaining artistic freedom: no marquee producer, no obvious hit, no apparent label interference. Singles "my future" and "Your Power" hinted at the demure tone that's cast over the album, and there's nary a stadium-sized moment in sight. "Billie Bossa Nova" lives up to its name, all hip-swinging and texture, while "Halley's Comet" plays as a supple piano ballad where Eilish is gripped by a romance that plagues her with sleepless nights.

Eilish and Finneas operate in a vacuum—after all the accolades and fame, they still write and record her albums in his bedroom. It's a large part of what makes Happier Than Ever feel so insular. But the fact that they so seamlessly invite the outside world into theirs is what gives their music such potency. Artists often say that their most recent release is their most personal work yet; Eilish can claim this and mean it. Rarely do musicians take such an experimental swing so early in their career and pull it off, and do it with such self-aware omniscience. There's an irony coded into the title Happier Than Ever: clearly, Eilish isn't as happy as she lets on, but she's working through it. The fact that the listening public is able to witness it as it transpires feels like being let in on a rich secret.