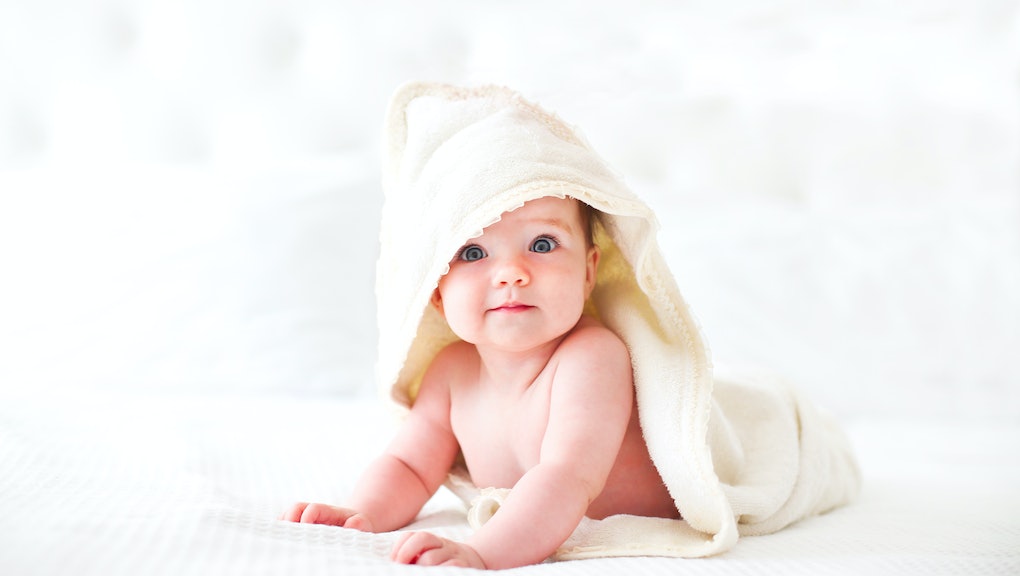 Remember when Love Is Blind was the most extreme reality TV show anyone could envisage? Getting engaged sight-unseen was just crazy and hardcore enough to make cringey and absolutely addicting entertainment…

Well, FOX has outdone itself with its newest reality show, which began airing at the end of May. Labor of Love is a game show where men compete for the privilege of impregnating a woman. Yes, you read that right. As if 2020 hasn’t already proven society is on the verge of collapse, TV execs decided America needed a dating show that sounds creepily reminiscent of The Handmaid’s Tale’s rapey, dystopian plot.

Here’s the basic premise: Kristy is a 41-year-old divorcee tasked with choosing a baby-daddy from a beefcake buffet of 15 different men. She’s a successful holistic health and beauty expert, but — preying on a common source of anxiety for the modern middle-aged woman — Labor of Love implies Kristy’s clock is ticking. The obvious solution to her woes, as the show’s host Kristen Davis puts it, is to pick a mate, then “skip the dating and go straight to baby-making.” (As an aside, we’re having major flashbacks to Charlotte’s fertility storyline on Sex and the City.)

Labor of Love is so terrible, it sounds like a deranged SNL skit. Take the “challenges” the various potential fathers must undertake to prove their worthiness: at one point, they’re required to ejaculate into a cup and have their sperm analyzed… on television in front of the entire nation. Another task is babysitting small children at a party. Evidently, they also have to survive a bear attack to prove they’re quality husband-and-father material.

Normally, when people sign up for a reality show, they’re taking their own lives into their hands. And that’s not without risks: a stark number of contestants on reality TV shows have died by suicide in recent years. Just last month, the death of 22-year-old Hana Kimura, a former cast member of the popular Japanese reality series Terrace House, shocked fans and reignited conversations about the human cost of the genre. Appearing on these shows has also been linked to addiction, self-harm and mental illness among former contestants.

Labor of Love is markedly different, in that the prize at the end of the season isn’t money or marriage, it’s creating life. If Kristy and her selected paramour succeed in conceiving via reality TV, can you imagine how much therapy their offspring will require? There’s something gross and unconscionable about twisting the desire to start a family into a dating show milked for maximum drama. All the contestants undoubtedly signed up for the show of their own volition, but there are still some wonky ethical lines being crossed. We’re decidedly not here for it.