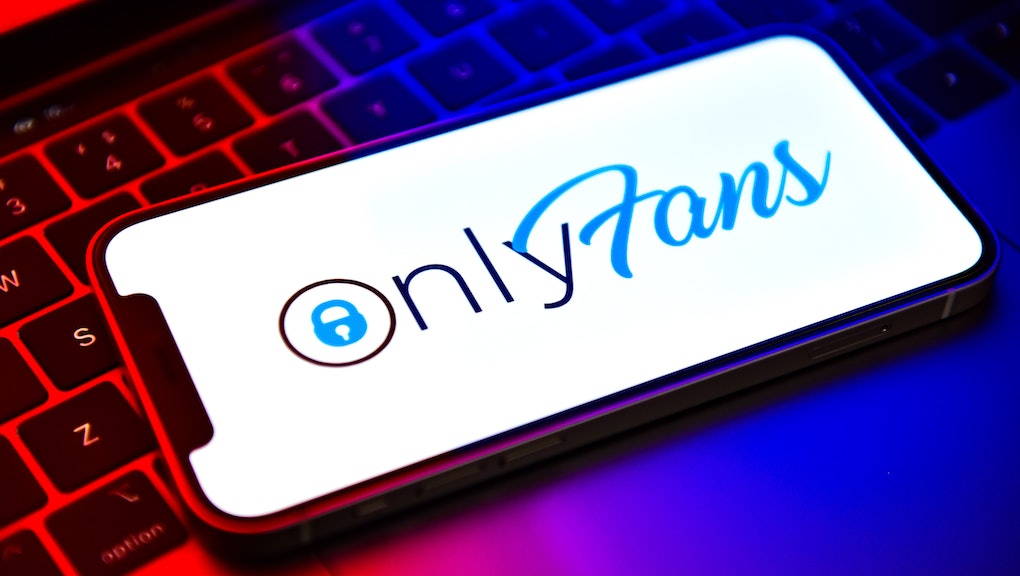 In a surprising, but also not surprising move of corporate capitalism, OnlyFans has announced the "suspension" of its decision to ban pornographic content. Last week the British-based website — made famous by becoming a lucrative platform for sex workers during the pandemic — made public its decision to ban all NSFW content on October 1, a loud, puritanical "boo!" to start off spooky season. But thanks to the power of the internet, the web host was made aware of just how powerfully bad that decision was.

OnlyFans higher ups may not see it this way, but the phrase "biting the hand that feeds you" comes to mind. OnlyFans charges 20% in hosting fees, and considering that people aren't really going to the site for its cooking videos or niche channels of film students dissecting Fellini's oeuvre, it's safe to say that a fair share of the site's profits come from piggybacking off of porn. Last week's announcement seemed like a big fuck around and find out though, as OnlyFans was clearly willing to risk those profits in exchange for a cleaner image that they claimed was at the behest of their "banking partners and payout providers."

But while it might have been just a business decision for OnlyFans, it translates to directly ruining the livelihoods of its creators who built the platform to its current height to begin with. Many imperative points of view have come out about just how dangerous the OnlyFans ban on sexually explicit content would be for sex workers, who would not only lose income, but have to return to unsafe and unprotected outlets of sex work to get by — when the pandemic, prior law changes and the demise of outlets like Backpage and Craigslist have already decimated many avenues of work.

The unclear messaging of OnlyFans has only steeped the valid mistrust in the air. When last week's decision was announced, OnlyFans tried to portray that the ban was some kind of move towards equity on the site for "an inclusive community of creators and fans" — because excluding some people always promotes inclusivity. They also tweeted, "Dear Sex Workers, The OnlyFans community would not be what it is today without you. The policy change was necessary to secure banking and payment services to support you. We are working around the clock to come up with solutions. #SexWorkIsWork." And today their language suggests that now they think reversing the ban is what makes them stand for inclusion. It has been a masterclass in gaslighting to behold.

The question now is how they are going to undo the damage the announcement already made. Many creators on the site have already lost hundreds of subscribers due to the news of the changes breaking, and some are calling for the hosting fees to be lifted for a period of time as an apology to those that OnlyFans affected. Outlets like JustForFans and 4MyFans have come out in support of sex workers since the OnlyFans news, but migrating content and subscribers, as well as some scandals surrounding those sites, does not make those options a quick fix.

Sex workers have always been vilified, while we turn a blind eye to the vast market for sex work that fuels the industry. It seems as though OnlyFans thought they could join in on the societal tradition of benefitting from sex work while also condemning it. Considering that the announcement of the initial ban came days after OFTV, a free streaming service from OnlyFans with no NSFW content, was unveiled, it really felt like OnlyFans thought they could jump ship midstream to capture more traditional streaming dollars. But luckily the outcry has reversed their decision, and hopefully they understand now that the symbiotic relationship they have created with sex workers isn't going to go anywhere without a fight or a huge hit to their reputation.