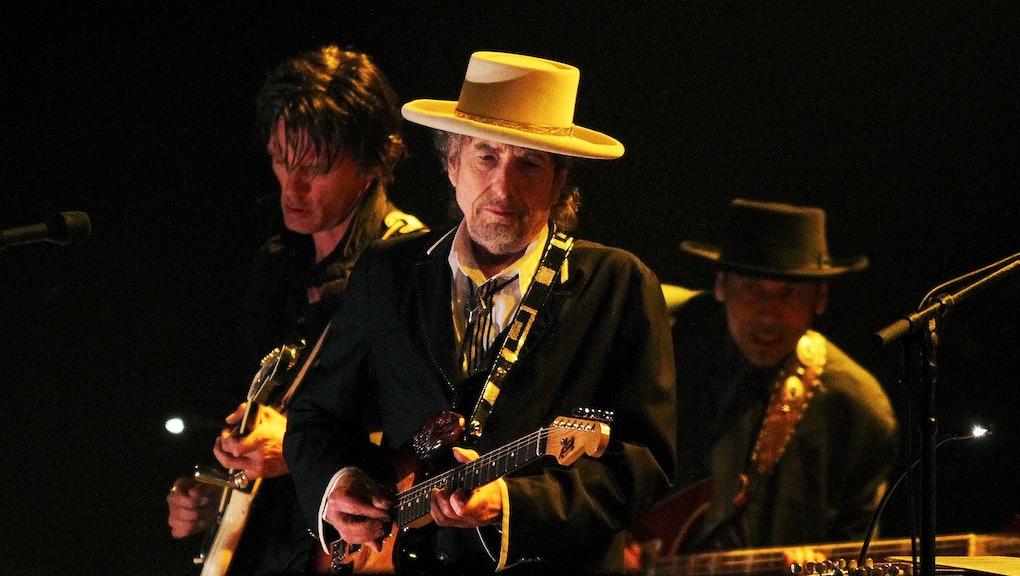 Open Mic: What to make of the child sexual abuse allegations against Bob Dylan

Earlier this week, news broke of a recent lawsuit claiming Bob Dylan groomed and sexually abused a 12-year old girl throughout the spring of 1965. It was an earth-shattering allegation levied against one of the most influential artists of the 20th century. And yet, there was also perhaps a quieter reaction online than one might expect considering the context. Mic Culture writers Keith Nelson Jr. and Brandon Yu discussed what the accusations means for Dylan and his legacy, and why the specifics of it sit differently than most celebrity controversies.

Keith Nelson Jr.: What was your initial reaction to this new lawsuit against Bob Dylan?

Brandon Yu: I personally wasn’t surprised. I have a somewhat desensitized and perhaps unfairly generalized attitude toward news like this that pops up: that almost all famous dudes of a certain level of power were all bad men from bad eras. And yet I should be utterly shocked! This is a deeply troubling allegation — if it’s true, Dylan was a pedophile, plain and simple. That leads me to another depressing reaction, which is my pure cynicism that regardless of what comes of this, Dylan’s legacy will be barely be affected, if at all, despite how truly devastating his alleged behavior was and is.

KN: That’s similar to how I felt because many who deride “cancel culture” do so because they feel it’s an attempt to rewrite history instead of a way to hold people accountable, regardless of how long it’s been. My eyebrows raised in reflexive shock when I saw the headline, but relaxed seconds later when I began to remember our current climate, where the absolution that iconography once provided artists is non-existent. If it’s found to be true, I don’t know how his legacy isn’t harmed a bit, but it won’t be destroyed. I feel people who cemented themselves in pop culture decades before anyone who is cancelling them was even born are nearly impossible to fully “cancel.”

BY: I agree. If you think about people like David Bowie, Steven Tyler — they’re still largely revered despite the fact that there have been numerous public stories about extremely questionable behavior. In that sense, iconography still does offer a good degree of absolution then, right? I think you’re right in that a lot of it just comes down to age and time, but in a weird way that results in this paradox: someone like Bob Dylan is simultaneously too legendary and also not relevant or present enough in the current zeitgeist to register the same kind of reaction or consequences to such a serious allegation.

But you’re also probably right that if this lawsuit does lead to something definitive, it probably will have at least some impact on his legacy. Maybe my doubts lie more, then, with the fact that there won’t be anything concrete to come out of the lawsuit. After all, it happened decades ago, and my assumption is that it would be very hard to prove (not that that necessarily affects my belief in the accusation). Maybe it’ll just lead to a settlement, and without a definitive legal conclusion, I think Dylan escapes relatively unscathed.

KN: To a certain extent, Dylan’s reclusiveness is what helps sustain the iconography. He’s been so detached from society, he hasn’t tarnished his legacy by trying to insert himself in many discussions. He’s only done two interviews in five years, and was largely quiet during the start of the #MeToo movement and Black Lives Matter. This is a man known for protest songs who was singing about Black men being killed by officers on the road decades before videos of it galvanized an entire race of people in America. So, his silence has helped insulate him in a way, but it could be his undoing in this case. He’s finally being pushed into a modern discussion against his will, and if he continues to maintain this silence, it could come off as defiance to accountability. Plus, he’s 80 years old. It’s almost certain he has a hot take or two that could burn down his entire legacy. Do you think he’ll respond?

BY: I hadn't thought about just how glaringly silent he's been considering what his work is built upon. He didn't even respond to winning the Nobel Prize a few years ago, so I don't think he'll respond or react, at least not in a meaningful way. For what it's worth, he's denied the allegations through a spokesperson, which I suppose is the standard course of action for people in this situation. I think this news will pass and he'll remain a recluse through it, and ultimately the lawsuit won't lead to anything damning enough (people are already debunking the timeline online based on Dylan's tour dates at the time this ostensibly took place) for the culture to turn on him or pay enough attention. It'll be a long arc that proves that cancel culture isn't real in the ways people claim it to be (i.e. a witch hunt). How do you think this will end?

KN: I think he’ll definitely remain in the shadows but will have enough of the artists from his era defend him against “cancel culture," which will switch the heat onto his generation’s mindset instead, though I haven't seen any public responses yet. The alleged victim’s lawyer is firmly set on the belief this assault occurred enough for me to believe Dylan might settle this privately out of court. However, just one interview from the victim will make this unavoidable for arguably the most reclusive music legend of the last 30 years.