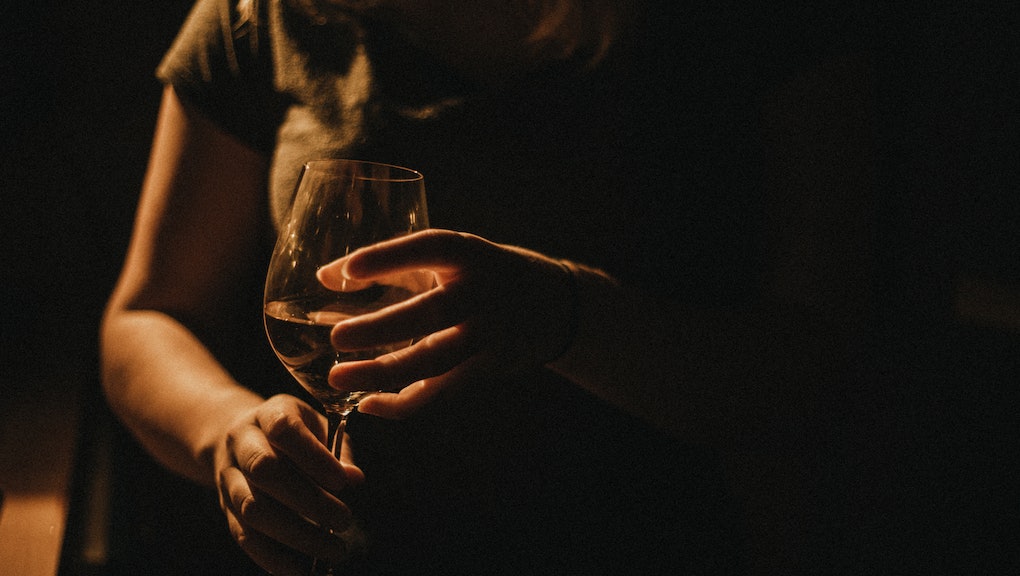 In the beginning of the pandemic, many of us knew — and feared — that since our vices would go unseen by many in a quarantine lifestyle, that they would go on unabated. Faced with absurdly high levels of stress, grief, and sheer boredom, many of us turned to drugs and alcohol in higher rates than ever before. Unfortunately, according to a new report, the excessive drinking could have resulted in a scary uptick in liver disease for young women — a demographic who generally don't have to worry about this kind of thing. "We're seeing kids in their late 20s and early 30s with a disease that we previously thought was kind of exclusive to middle age," Jessica Mellinger, a Michigan-based liver specialist tells NPR.

The profile of a young woman, Jessica Duenas, now 36, in NPR paints a picture of those dealing with addiction during the pandemic. The teacher, a Kentucky resident, was diagnosed with alcoholic hepatitis, which is inflammation of the liver caused by excessive drinking. Alcoholic hepatitis is most likely to occur in people who drink heavily over many years. However, the relationship between drinking and alcoholic hepatitis is complicated — it often complicated other underlying issues and is more present in marginalized demographics. It also can be alleviated if you stop drinking. Left untreated, it can lead to enlarged veins, kidney failure, or cirrhosis, which is often the end of the line for an alcoholic.

It’s now evident that people who struggle with addiction have had an especially rough go of the past year, since social distancing didn’t allow for 12-step meetings and isolation can be hell for someone who relies on community for recovery. And both empirical findings and experts assert that women have been drinking a lot more frequently during the pandemic.

It’s terrifying to admit that all of this may by why doctors are citing a 30% jump in alcoholic liver disease, which include milder fatty liver and the permanent scarring of cirrhosis, as well as alcoholic hepatitis. “In my conversations with my colleagues at other institutions, everybody is saying the same thing: ‘Yep, it's astronomical. It's just gone off the charts,’” Melliger told NPR

It's important to note that alcoholic liver disease usually takes years to develop and could have already been a growing threat to some people who experienced it this past year. But it is a bigger threat for cis women, as NPR points out, because their systems process alcohol in a different way than men's.

While official CDC data on the subject hasn’t yet been explored, what doctors have noticed is terrifying, and it’s worth exploring the disproportionate amount of stress placed on women during the pandemic.