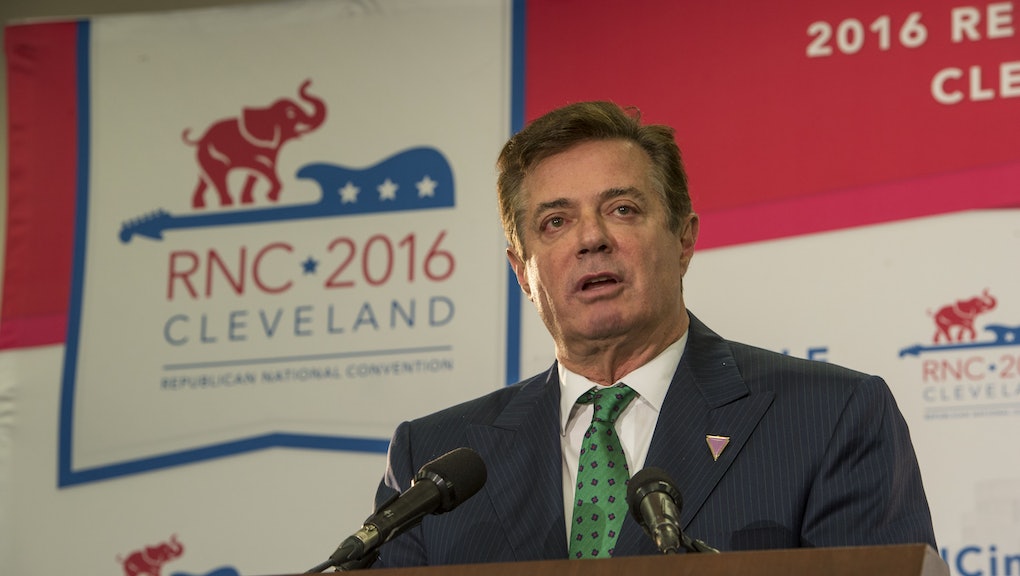 Paul Manafort, former campaign chairman for President Trump and convicted felon, will reportedly soon be moved from federal lockup in Pennsylvania to solitary confinement on Rikers Island. According to The New York Post, the move could happen as soon as June 6, so that Manafort can be in New York for new charges being filed against him.

Back in August 2018, Manafort was convicted on 10 federal felonies for tax and bank fraud by special counsel Robert Mueller. In March, a New York grand jury indicted Manafort on 16 charges, including residential mortgage fraud, attempted residential mortgage fraud, conspiracy, falsifying business records, and scheme to defraud. Soon, he will stand trial in New York for the 16-count indictment.

Currently, Manafort is serving a seven-and-a-half year prison sentence for the federal charges at a minimum security federal facility. In reporting the potential move to Rikers, The New York Times noted that authorities said Manafort would be held in solitary confinement for his own safety, though his legal team is reportedly appealing that decision, and are seeking for him to be held in a federal prison in New York instead. Speaking to CNBC, Todd Blanche, Manafort’s criminal defense lawyer said that he expects Manafort will arrive in New York "soon," although he aded that he didn't know whether "there’s a decision that’s been made on" his client's placement at Rikers.

As news of Manafort's reported move has spread, some people have referred to it as karma; during his trial last year, it was revealed that Manafort had spent millions of dollars on clothing (including $15,000 on an ostrich leather jacket) and real estate using money from his fraud schemes. Yet as solitary confinement at Rikers is famous for its inhumane conditions and has been condemned by human rights activists for years, people like Brooklyn public defender Scott Hechinger and activist Shaun King have expressed their beliefs that no one, not even Manafort, deserves that punishment.

It's unclear if Manafort's lawyers will be successful in appealing Manafort's move to Rikers Island, or what the future has in store for the former campaign manager. Trump has previously said that he will not pardon Manafort, but that statement was received with some skepticism. Now, because presidents only have the ability to pardon federal convictions and not state convictions, there is a chance Manafort will have to serve the entirety of a state prison sentence.

Manafort is not the only person associated with the Trump campaign who has been charged or convicted of crimes. Michael Cohen, Trump's former lawyer, is currently serving three years in upstate New York for a slew of financial crimes (and is reportedly being treated like a celebrity in prison, according to The Daily Beast). Michael Flynn, who briefly served as Trump's national security advisor, is awaiting sentencing on federal charges relating to lying to the FBI. George Papadopoulos, who served as a campaign adviser to Trump, pled guilty to lying to federal law enforcement, but was only sentenced to 14 days in jail.