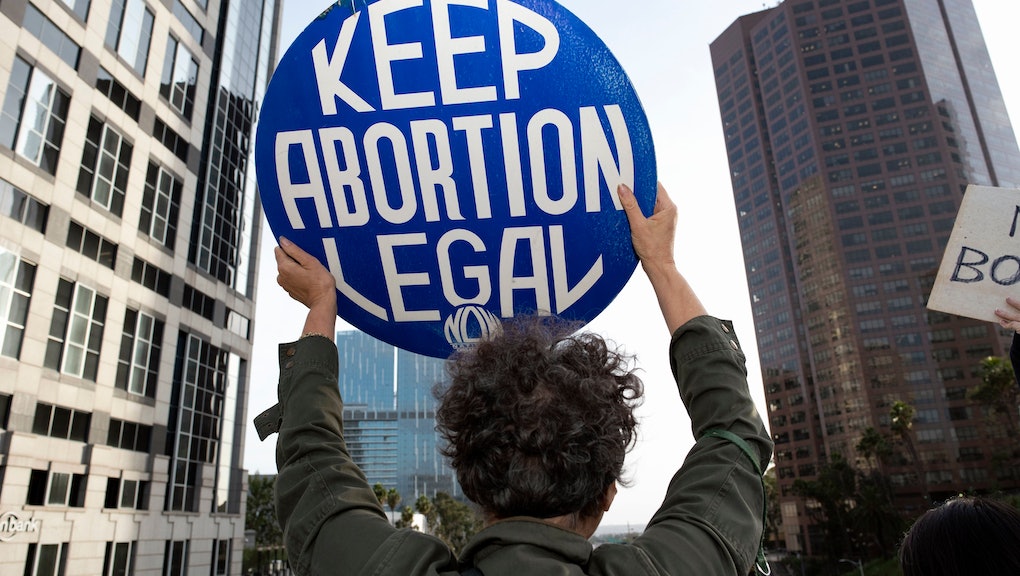 Over the past few years, Republican legislators have introduced increasingly restrictive abortion laws. Lawmakers are not only targeting abortion access, but also finding ways to make the cost too exorbitant for abortion providers to continue their work. Case in point: In Pennsylvania, lawmakers want to require burials or cremations for fetal remains, per a recently introduced bill. And they're not the only ones doing so.

The "Pennsylvania Final Disposition of Fetal Remains Act" — or House Bill 1890 — was first introduced in September. The bill redefines fetal death to mean death at any point in pregnancy after conception. Under it, health providers would have to cremate or bury all fetal remains if they aren't claimed by a parent.

The bill passed through the state House last week and is now being considered by the state Senate. Its sponsor, stated Rep. Francis Ryan (R), told The Associated Press, "We wanted to craft something that was voluntary, that provided the family with the ability for closure, the ability to understand that a human life was lost, their life, that they’d been striving for for so long.”

Pennsylvania isn't the only state to introduce a bill that adds hardship to the process of having an abortion. You might remember Ohio making the news recently for a life-threatening bill that would require doctors to "reimplant ectopic pregnancy" (which is impossible) or face murder charges.

In 2019, Ohio also introduced a bill regarding the handling of fetal remains, as did Wisconsin. And this isn't including states like Georgia that have long required the “cremation, interment, or other manner approved of by the commissioner of public health for aborted fetuses."

In fact, these types of laws have seen a surge in the United States. According to Rewire.news, part of the reason is due to cost. Right now, remains are usually incinerated, which is cheaper than burial or cremation. By mandating fetal remains be disposed of in a certain way, the laws put financial strain on abortion providers, many of which would have to enter into new contracts with vendors to follow them. The increased cost of burial and cremation could then translate to providers having to increase the cost of abortions themselves — another barrier to access for low-income people in particular.

There's also another issue: HB1890 would now require death certificates for abortions or miscarriages. Although that language isn't included in the bill itself, Christine Castro, a staff attorney at the Women's Law Project, told Vice that the bill was written "in a misleading way".

“We received heartfelt emails from women telling us about their early miscarriages, how difficult they were, and how much worse it would have been were they forced to get a death certificate for a pregnancy that they understood so differently,” Pennsylvania state Rep. Dan Frankel (D) told PennLive.com. “It’s simply wrong to tell women what a loss of pregnancy is supposed to mean to them.”

Ryan tried to backtrack the bill's implications in a statement to PennLive.com, saying that it would merely mandate that parents have the option of cremation or a funeral but not require such events. He does however acknowledge that for health care facilities, there is a “mandate that the remains, if not claimed, be cremated or interred" — meaning concerns about costs being displaced onto patients still hold weight.

According to The Hill, Pennsylvania Gov. Tom Wolf (D) has vowed to veto the bill. Still, the fact that it made it through the state House and into the Senate is emblematic of the ongoing anti-abortion push across the country.

More like this
Jailhouse lawyer Johnnie Cook is fighting for pandemic justice
By Mai Tran
The Chauvin trial is incapable of delivering real justice
By Vanessa Taylor
New York has set aside a massive, first-of-its-kind fund for undocumented workers
By Rafi Schwartz
Stay up to date