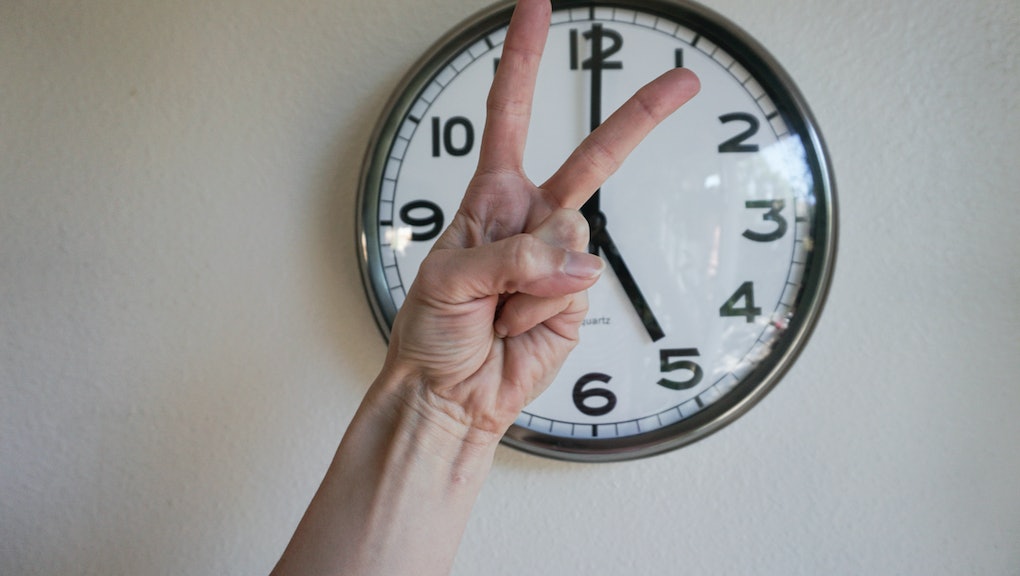 People are burned out and quitting their jobs. Could a 4-day work week help?

The pandemic changed the way many of us perceive our jobs. Working from home became the norm for people privileged enough to do so — and as a result, working in offices has started to seem burdensome and a bit nonsensical. Now that some businesses are starting to require people to go back to actual physical workplaces, a large swath of people are either quitting their jobs, or seriously considering quitting. To combat the resignation pandemic, Japan is proposing a nationwide four-day work week. Could a shorter work week help remedy people’s newly exacerbated disgust with the office?

It’s pretty surprising that Japan is the country leading the way to more relaxed options for workers, because the country is known for its, um, intense work culture. There’s even a Japanese word — karoshi — that translates to “death by overwork.” To combat burnout, Japan unveiled a plan this week to make working 32 hours a week the new normal.

It’s not just the Japanese government that thinks working fewer hours might be a solution to overwork. Kickstarter announced Tuesday that it is instituting a 32 hour work week without reducing pay, and the Prime Ministers of both Finland and New Zealand have also entertained the idea, reported the Washington Post. Also, Spain decided back in March that it would be experimenting with a three-year test run of the 32-hour work week.

The four-day work week is an idea that has been floated off and on since the 1970s. So, what’s making both nations and big corporations reconsider the traditional 40-hour work week now? Well, firstly, working during a global crisis has led to widespread burnout for many, and some experts also think a more reasonable set of hours is a way to make themselves more attractive to a new generation of workers.

“Younger people are demanding more out of their work environment than just a paycheck,” professor of business law at the University of Connecticut, told The Washington Post. “They want to work with someone who believes in their values — and the expression of a four-day workweek sends a signal that the company cares about work-life balance in a significant and meaningful way.”

It’s worth noting that most of the research about decreasing the number of hours people work doesn’t decrease their productivity. In fact, working fewer hours could make people more productive. Microsoft introduced the four day work week to employees in Japan in August of 2019, and they found that it increased productivity by 40%, reduced the waste the company created, and reduced the amount of electricity the company used. Plus, 94% of employees were happy with it, reported the Post.

It’s too soon to say how many businesses in the U.S. will consider shortening working hours, but they may want to think fast. According to the U.S. Bureau of Labor Statistics, a whopping 4 million Americans quit their jobs in April, and the quits rate — literally, the rate at which people are quitting their jobs — is up 24% from before the pandemic. All of this seems like pretty good news for workers because now there are more job openings and opportunities. Peter Cleese, head of Britain’s Flexible Working Task Force, told Politico that the pandemic has created a “generational opportunity” for young workers to demand more flexible options like the four day work week. U.S. employers, take note: We all want the opportunity to have balanced work lives — or we’re quitting.

More like this
Sex workers deserve to eat well. And Meals4Heels delivers
By Lovely Brown
Can TikTok's new résumé feature really help you find a job?
By Tracey Anne Duncan
How the CROWN Act can help fight racist hair discrimination at work
By Taneasha White
Stay up to date