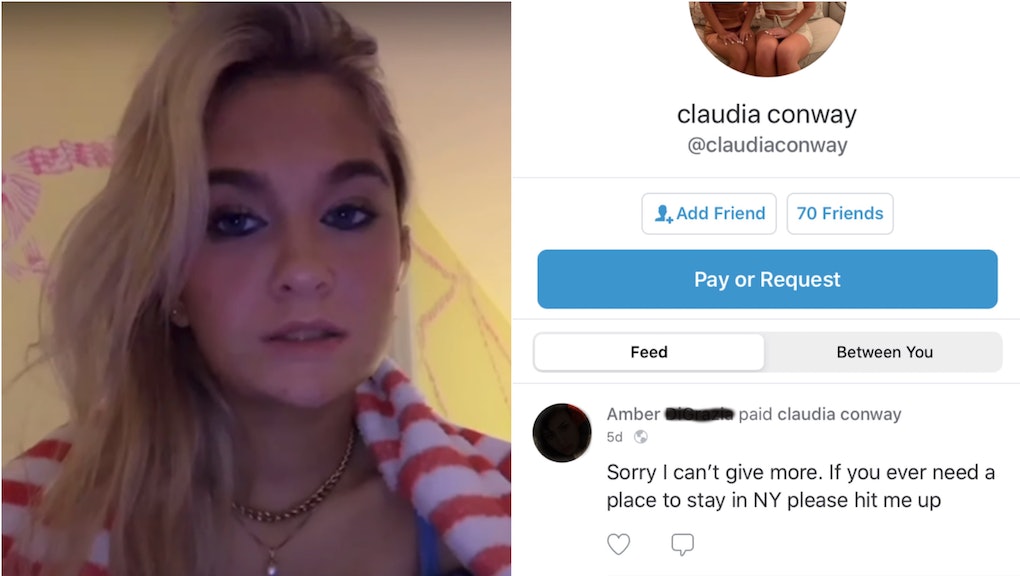 The 15-year-old “radical agnostic liberal/leftist” daughter of former White House counselor Kellyanne Conway gained a massive following this summer for her TikToks pushing back on her parents’ conservative politics. But amid the angst you’d expect from a teen clashing with her uber-famous parents is a more somber plea: Claudia Conway told TikTok she was seeking emancipation, citing "years of childhood trauma and abuse." Her fans answered in the form of financial assistance, funding her emancipation goal on Venmo.

In early August, the teen tweeted soliciting advice about hiring a pro-bono lawyer. Right after Kellyanne Conway was announced as a speaker at the Republican National Convention, Claudia publicly announced her intentions to push for emancipation. Less than 24 hours later, on Aug. 23, both of her parents resigned from their high-profile jobs in Washington, citing a need to focus on family.

Their daughter responded to the news in two separate TikTok videos, followed by a livestream. In the clips, she told the internet that her parents left their jobs and tabled plans for a divorce to block her from seeking emancipation. The teen added that regardless of their scheming, she would push for emancipation after her 16th birthday in October. She noted she was in touch with pro-bono lawyers but could use financial assistance, plugging her Venmo in her TikTok bio.

As Insider reported, dozens of Claudia Conway’s fans have answered the call and donated to her emancipation fund in public transactions on the app. “GET THAT EMANCIPATION QUEEN,” one representative Venmo comment read. "Do what you’ve gotta do. I’ll gladly adopt you, if AOC doesn’t," another supporter wrote. (Before all the Conway family drama went down, Claudia tweeted about her desire to intern for Democratic New York Rep. Alexandria Ocasio-Cortez.)

There's no word on how much cash Claudia Conway has collected on Venmo, but she'll certainly need deep pockets to take her parents to court. Her mother was famously one of President Trump's fiercest defenders and closest confidantes, while her father became part of a powerful contingent of anti-Trump conservatives in Washington. They're two people who've spent their professional lives maneuvering the proverbial swamp in D.C. — but now, they're dealing with a quagmire a little closer to home.