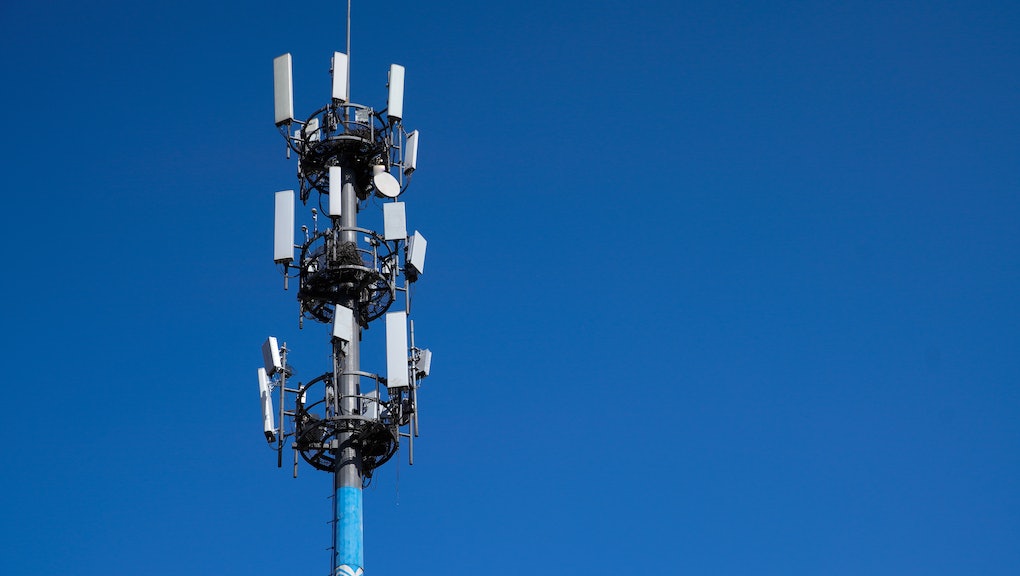 There is no shortage of conspiracy theories surrounding coronavirus, but over the past week one of the biggest has led to the burning of numerous 5G cell towers in the U.K. There are a few different variations of the conspiracy, but the gist is that radiation from 5G technology, which was rolled out in Wuhan around the time of the initial outbreak, is behind the global pandemic we’re currently living through. The theory has been thoroughly debunked, but that hasn’t stopped groups on social media from spreading the rumors. In addition to the fires, the conspiracy theories have led to the harassment of workers laying cables.

Pressure has been mounting on social media companies to do more to combat the spread of dangerous coronavirus misinformation circulating on their platforms, and last weekend YouTube announced it would delete videos that directly link coronavirus to 5G, but not conspiracy-minded videos that vaguely point to the idea of something fishy going on with the technology. Videos in the latter category are considered “borderline” content by the company, and will be throttled to reach fewer viewers. “We have also begun reducing recommendations of borderline content,” a YouTube spokesperson told the Guardian, “such as conspiracy theories related to 5G and coronavirus, that could misinform users in harmful ways.” (Mic reached out to YouTube but had yet to receive a response as of publication.)

Facebook, which is home to a number of groups promoting the conspiracy, including at least one which attempted to turn the burning of cell towers into a sport, has also announced it will remove posts that promote a connection between the virus and 5G, but only if the company believes the content will cause physical harm. “Under our existing policies against harmful misinformation, we are starting to remove false claims which link COVID-19 to 5G technology and could lead to physical harm. We will continue to work closely with governments and other tech companies to remove harmful misinformation and have partnered with health authorities like the WHO and NHS to connect people to the latest official guidance,” a Facebook spokesperson told Mic. Included in that category are posts that promote the burning of cellphone towers.

The bizzaro conspiracy theories are circulating on platforms beyond Facebook and YouTube. Twitter has unsurprisingly been a hotbed for conversation around the issue, and Change.org and Pinterest have both experienced their own issues with coronavirus misinformation. Pinterest only includes information from established sources in searches surrounding coronavirus, while a spokeswoman for Change.org told the BBC, "We have removed a number of petitions making unsubstantiated health claims about 5G from the platform."

The past week’s arson attacks are a notable example of the real-world harm that can come from the myriad conspiracy theories circulating online about coronavirus. Vodafone, the UK-based telecoms company, said that four of its towers were hit on Friday. The company’s CEO, Nick Jeffery, told the BBC, "It beggars belief that some people should want to harm the very networks that are providing essential connectivity to the emergency services, the NHS, and rest of the country during this difficult lockdown period."

Oliver Dowden, the UK’s culture secretary, said yesterday that he is planning to hold talks with a number of unnamed tech companies this week about the issue.

While there haven’t been reports of phone towers being burned in the U.S., the theories linking 5G and coronavirus are prominent here as well. Last week Woody Harrelson shared a conspiracy about the 5G connection on Instagram, writing that a friend sent it to him, and while he hasn’t “fully vetted it," he finds it "very interesting.”

It’s difficult to imagine people actually believing this stuff, but some obviously do, and are concerned enough about it to commit felonies and harass telecoms employees simply doing their jobs on the street. People are susceptible to conspiracy theories during even normal times, so perhaps it isn’t surprising they are particularly taken by them when the entire world feels like it’s spinning out of control.

And while questions of free speech will always be debated in instances like this, when these ideas — or “crackpot conspiracy theories,” as a U.K. government spokeswoman called them in a statement to the BBC — begin to spill over from the confines of the internet and into the real world, it’s important to consider where these ideas are spreading, and how best to combat the misinformation.

*This story has been updated to include a response from Facebook.