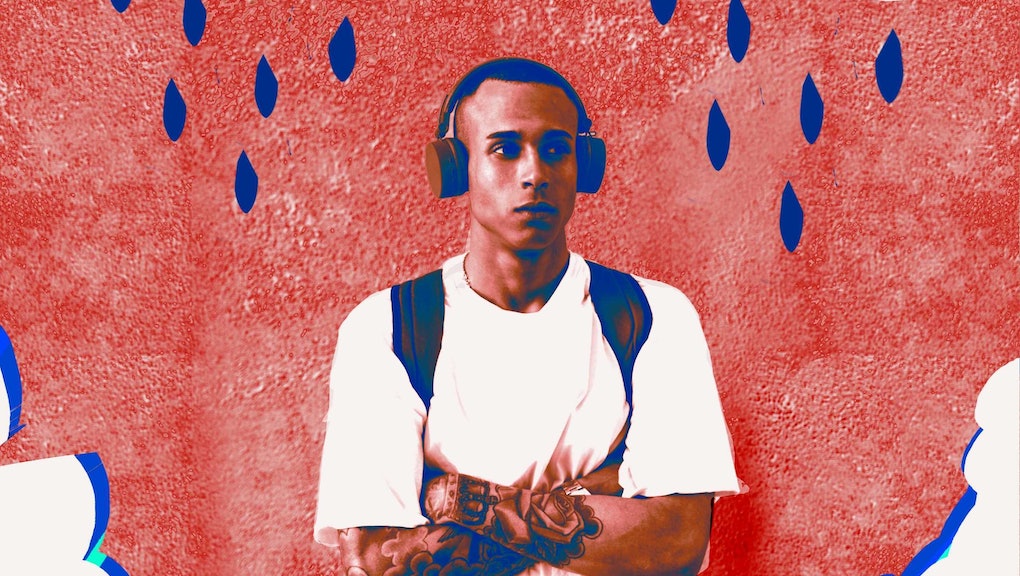 People told us which songs an ex permanently ruined for them

I have done karaoke exactly one time in my life. On my then-girlfriend’s 25th birthday, I got on stage, shakily sang “Sea of Love,” a la Cat Power, got down on one knee and proposed that we get illegally gay married. She said yes. Cute, right? This story has all the right elements — young love, being gay, and doing crimes. Except that we're divorced and now I can't hear that song without turning into a blubbering pile of dejection. In the spirit of the stupid fucking sugar coated hetero-capitalist holiday that occurs Sunday, I asked other people to tell me about the songs their ex’s ruined for them. You’re welcome. I love you, too.

Ugh. It was 10 years ago and the song is Rihanna's We Found Love. There was a night early in the relationship when we went out and she introduced me to her friends. They all liked me and it was a really fun night. She was dancing up on me, we were making out, and just overall having a great time. I just remember how fun that moment was.

Then she went off and met some other dude and apparently he was a piece of shit to her. I was heartbroken and upset. For about a year and a half, every time I went out and tried to have a good time, that song would play. I tried to get my mind off of that night but the memory kept boomeranging back. It's over and I'm over it now but she ruined that song for me.

When I was solo backpacking across Europe, the song, “Love My Way” by The Psychedelic Furs became the song I listened to while catching trains, sleeping at hostels and got lost in the cobbled streets of Lisbon. It was the song that played when a tall Swedish graduate student and I would sat on his balcony to drink wine. We eventually lost touch, six months later, but I still cannot listen to this song without thinking about his dumb charming face and his curly hair.

A year ago, I made Lisbon my layover so I could spend one last night with him. At 5 in the morning, when I got into the cab to take me to the airport back to the US, the driver turned on the radio to the song “Love My Way”. I wish I could say I didn’t cry like a love-sick contestant on the Bachelor that just got booted, but I did.

I'm a big Dip Set fan, still, and that was one of my favorite songs. I still like to vibe out to it sometimes, but it's not the same now. The song reminds me of a "situation" I was in in 2014. I crossed paths with someone who I started hanging out with and And one of the first times we were hanging, I put on this song. I has just met her and didn't know anything about her. And I thought she was going to be like, "What the fuck is that? Turn that off and put on some reggaeton."

But when I put it on, shorty actually started rapping word-for-word, mad loud. I was mad confused, like, What is going on right now? It was amazing.

Unfortunately that situation did not flourish the way I wanted it to. It got pretty toxic. We were never on the same page in terms of the roles we played in the relationship. It was also consistently inconsistent. But it's a chapter in my life and it taught me a lesson and allowed for other things to bloom. That song reminds me, though, that everything that glitters isn't gold.

Trying to act tough and playful, I would sing "You Better You Bet" by the Who [to my ex]. When our years together were over, I believe the hardest moment was how much I let my ex into my world. He saw aspects of me that few or no one has. Now I thank the song for the reminder when it appears randomly on shuffle and strive to be as open again one day to someone new, but for now I am diving deeply into the all the things I love about myself.

She was the type that would only say the words “I love you” every now and then. That was why we hailed this song as ours. It’s cringey when I remember myself saying “I love you” only to be answered with the song’s line “more than words” as if it was her own way of saying “I love you, too.” Well, I guess that was a lie. We broke up last year when I discovered that she cheated on me with my friend. So, really, more than words? I think not.

More like this
What is sploshing, the food fetish that's taking over TikTok?
By Melissa Pandika
'Nine Perfect Strangers' is a deranged portrait of psychedelic wellness retreats
By Erin Qualey
Why TikTokers are chugging pineapple juice before wisdom tooth surgery
By Ian Kumamoto
Stay up to date