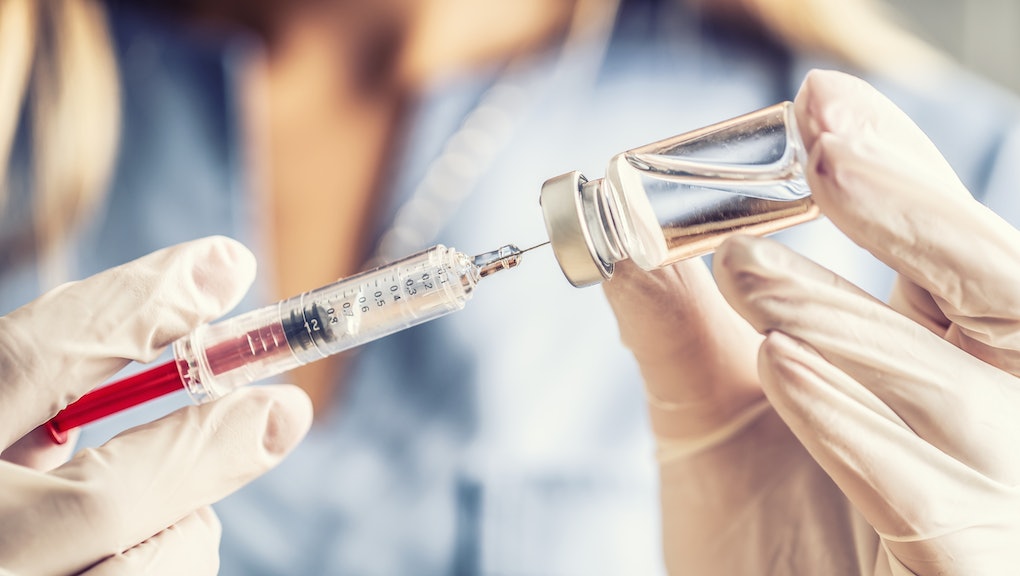 If you live in a place where most people are vaccinated (shoutout to New York), things are probably starting to feel a little more normal. But the reality is that the Delta variant could become a major problem if we don’t get our most hesitant citizens vaccinated in a timely fashion. One thing that could possibly make it easier: Some of them might only need to take half the effort. According to a tiny but revelatory new study, people who had COVID-19 and recovered likely only need one dose of the vaccine.

A new research, released this morning in the American Chemical Society journal, followed 28 participants who never contracted COVID-19 infections and 36 individuals who had, according to a Eurekalert report. Researchers compared antibody levels in each group after one dose of the vaccine and then again after two doses. What they found was that the second dose of the vaccine did not significantly increase antibodies in people who had already had COVID-19. The study does not specify which vaccine brand was used, probably because the two main players have a similar efficacy.

In this study, both groups of participants — those who had had COVID and those who had not — had a robust antibody response to the first shot of the vaccine, similar to how the body would respond to a naturally acquired infection. But while the 28 people who had never had COVID had a strong response to the second shot, the 36 participants who had been infected before vaccination did not. The theory is that because the immune systems of people who’ve already recovered from COVID-19 retain information about how to fight the virus, they don’t need that second vax shot to have enough antibodies to effectively fight the disease.

This study is small, but important, because while scientists have been postulating that folks who have already had COVID-19 would probably be safe with just the first shot of the vax, there has been little clinical research to back this up. This is really good news, because a lot of folks are already skipping their second vaccine doses, anyways, which public health experts have been quite concerned about. This means that if you’ve already had COVID-19, you can skip your second dose without endangering yourself or anyone else.

The study also examined how long the antibodies that fight the COVID-19 virus stay in the body after inoculation — how long the vax lasts. They discovered that the antibodies had deteriorated about 90% in all the participants after 85 days, which means that we’re all going to need boosters pretty soon. Here’s to hoping that snortable booster is ready soon, so I can start planning my summer vax party stat.