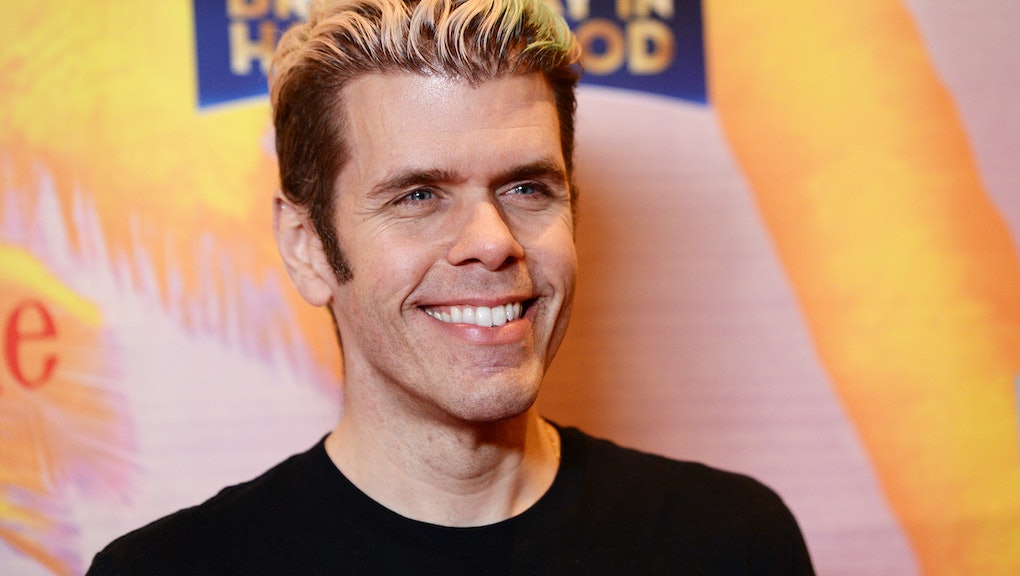 Britney Spears essentially invented what being a modern pop star looks like. Unfortunately, that vision is messy as hell, and despite her mega success, the pop monolith is in the throes of fighting a conservatorship that has left her not working, and not well for over a decade. The short of it is that people are terrible, and while consuming Spears’ music, we as a culture also consumed her as a person like buzzards. As she slowly lost control of her mental health--which The New York Times’ Framing Britney Spears documentary dramatically proved, it would have been impossible for anyone not to do in her situation—the voracious appetite for images and video of the star losing her ever loving shit became the top prize of the tabloids. Queue Perez Hilton, who wouldn’t be who he is today without using Spears to catapult his gossip website into major popularity. As he’s finally apologized for his exploitation of Britney, his role in the matter points to a larger issue of misogyny in the queer community.

After posting a supportive tweet joining the now incredibly popular #FreeBritney movement—the saintly tone of which belied that he ever earned a penny from mocking and terrorizing Spears—Hilton was read for absolute filth by generally everyone for his obscene hypocrisy. Even Roxanne Gay (you do not want Roxanne Gay to be mad at you!) took the gossip-peddler to task asking, “Do you not remember the career you built on her back? Or the ways you demonized her?” Hilton then posted a video to his Youtube channel as a rebuttal to the criticism (which, and imagine I am yelling this part, HE IS STILL MAKING MONEY OFF OF) for an, if I may quote Britney, “all eyes on me/ in the center of the ring/ just like a circus” moment where the delusions and internalized misogyny really started to shine.

While admitting he had been a cultural predator in the past, Hilton defends himself early on in the video with, “I thought it was just inconceivable that her father was this villain. I just could not believe that he would not have her best interests at heart.” And that’s the part that makes my blood boil. I’m assuming that Hilton doesn’t know Jamie Spears. I don't think they've cracked hard seltzers backstage at a Pride festival. He has no clue to the makeup of that man’s character. But he does know that he’s a man, and men are right and women are wrong. Men are wise and women lose their way and need to be corrected by the men. His teary-eyed, “Well geeze, I just never thought a mister daddy could be bad!” justification of why he bullied and denied Spears the autonomy to tell her own story is fucking misogyny.

In his memoir TMI: My Life In Scandal Hilton called the star “an embarrassment” and gaslit her mental health struggles as being just a repercussion of her partying lifestyle, not the everyday hell of constant harassment and physical abuse from paparazzi. And while the privilege, power and fame of pop juggernauts can’t be denied, the way we consume them as a society is completely fucked. We do it to all celebrities, but the way pop stars must be sinner and savior for the queers is a special kind of pressure. They must be hot, socially correct and put out bangers. And rarely do the struggles they face as women mean anything to anyone. While they certainly get tear-filled adoration and fierce protectors in their queer fans — and while many queer men have been part of making the #FreeBritney movement mainstream — pop stars also get the same scrutiny that patriarchy presses down on all women, including from the gays.

Queers can be catty. I mean we all can, but I don’t think you want to be on the business end of a gaggle of gays who are mad at you. Not to feed into stereotypes, but there is something to be said for the empowerment of shunning centuries of western heteronormativity, and the attitude that constantly fighting oppression and bigotry lends to a person. We’ll cut a bitch. But while there is a unifying feeling that comes from being a member of the alphabet mafia, it doesn’t mean that it’s all just fun and rainbows. There is what feels like an imposed hierarchy in the queer community. With everyone just wanting to fucking live considering the rise in hate crimes against queer people, especially trans women of color, it’s hard to not feel even more ostracized as any type of queer woman—the bottom of the social food chain in the cis-het patriarchy. And if they're not taking care of their own, it seems that respect lessens even more for straight women from queers.

I personally had a hard time coming out, because my group of gay male friends at the time endlessly mocked me. They were just teasing me of course, but the heartfelt hand holding I saw my queer male friends receive was definitely not reserved for me as well. I’ve seen other queer woman friends come out as either non-binary, trans or queer, and I’ll be god damned if every time I don’t hear a queer male friend say that “she just wants attention.” I don’t mean to demonize the gays—they are the best, and I mean that—and these reactions are certainly from a smattering few, not the whole. But it’s the women and trans women of the queer community who bear the burden of not having the protection of being a cis man at the same time that they’re queer, and I genuinely think there’s an overdue reckoning for queer men to check their cis privilege and genuinely introspect as to how they view and treat women.

As for Britney—it’s looking like she might finally get her freedom, and we’re fucking rooting for her. And as for Perez Hilton, sweetheart, donate to her legal fees and shut the hell up.