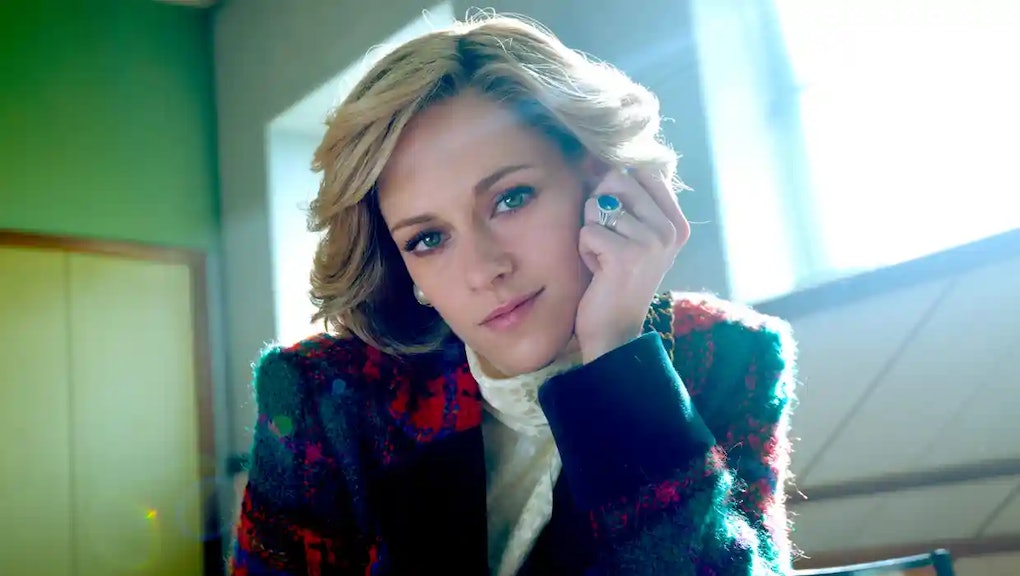 Princess Diana is finally getting the retrospective she deserves

There is no question that we are in the midst of a Gen-Z-fueled rebellion of 90's nostalgia. Amid a sea of middle part haircuts, sweater vests and loose-fitting jeans, it would seem that we are also finally ready to re-examine not just the fashion and the music of the era that made the millennials who they are today, but also the culture. Of the major cultural events of the 1990s, one of the most significant and shifting was the death of Princess Diana in 1997. The tragedy was globally consuming, and also shrouded in controversy, tabloid gossip and mystery. Now, over two decades later, amid the most scrutiny that the Royal family has ever perhaps been under en masse, Hollywood is tackling what becoming a royal did to Princess Diana.

The first trailer for Pablo Larraín-directed Spencer is finally out ahead of its first viewing at the Venice Film Festival. The film takes a microscope to three infamous days in the lore of the marriage of Prince Charles and Princess Diana that were spent at Sandgringham over Christmastime. Allegedly it was the holiday during which Diana decided to end her marriage, but Larraín warns viewers to not look to the film as a history lesson, nor a representation of true events. The director told Vulture, "Before they go to see a movie like Spencer, they might say, ‘We’re going to really understand who this person was.’ No! Wrong number! Wrong movie! We don’t do that! We’re just trying to work with whatever that person was and create a fable out of it."

With previous credits like Jackie and Neruda, artful and popular biopics of Jackie Kennedy and Pablo Naruda respectively, this is not new territory for Larraín. It is a pretty significant course change for the film's star Kristen Stewart, however. While last winter saw the actress reinvent her image in Happiest Season, offering an alternative kind of holiday movie for the hip, young, queer crowd, and giving her the cool points that go along with that, this feels like Stewart's first turn in a more mature, Oscar-courting role. Critics are already suggesting that Spencer will set Stewart up as an early contender for nominations over award season. Stewart said of the performance last year on Jimmy Kimmel Live, "It’s hard not to feel protective over her. ... Everyone’s perspective is different, and there’s no way to get everything right...what is fact in relation to personal experience."

While the film might not be completely biographical, it is clear that there is a large market right now for an examination of that period in Royal history, and specifically in Princess Diana's life. Spencer will hit theaters in November, preluding 2022's release of the fifth season of The Crown, which just released stills from filming. With Elizabeth Debicki starring as Diana in the early 90s, the new season, as well as Spencer, are set to plant new seeds in our collective imagination of who Diana was and what she went through, as well as continue her legacy as a mistreated Royal.

More like this
Anti-vaxxers have finally incurred the wrath of the celebs
By Kara Weisenstein
Mariah Carey's 'Glitter' era deserved better
By Treye Green
Lil Nas X delivered his baby, 'Montero,' along with an ill-fated love story
By Kara Weisenstein
Stay up to date