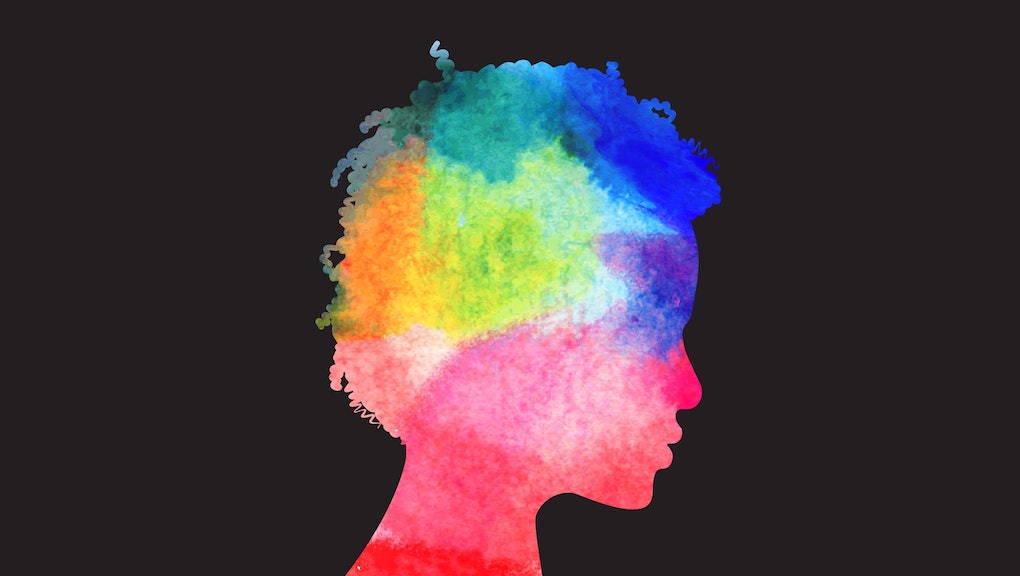 In recent years, psychedelics have made headlines for their promise in treating post-traumatic stress disorder (PTSD), major depressive disorder, and other forms of mental illness. But the lily-white demographics of psychedelics research, not to mention Black and brown communities’ rightful distrust of scientific and medical institutions, and history of being disproportionately targeted for drug-related arrests, raises the question: Who is psychedelic therapy really for? Some in the psychedelics field are calling for research on these substances to be more inclusive, in order to ensure that BIPOC communities can benefit from them, too.

An analysis of psychedelic studies conducted from 1993 to 2017 found that a staggering 82.3% of participants were white. Only 2.5% were Black, 2.1% were Latinx, 4.6% were Indigenous, and 1.8% were Asian. One reason for these demographics is that most psychedelics researchers are also white, explains Monnica Williams, an associate professor in the School of Psychology at the University of Ottawa, who co-authored the analysis. Plus, many BIPOCs have felt disrespected or not taken seriously in medical settings. “They don’t have any reason to think researchers are going to be any different,” Williams says.

Science and medicine have a long history of dehumanizing Black and brown communities. Williams points to the Tuskegee Syphilis Study, which lasted from 1932 to 1972, in which researchers infected Black men with syphilis without their informed consent, and without properly treating them. In the 19th century, J. Marion Sims refined the surgical techniques that earned him renown as “the father of gynecology” by experimenting on enslaved Black women without anesthetizing them. Researchers have long used biological samples from Indigenous people without their consent and ignored their customs for respecting the dead, Science reports.

The list goes on. But shady medical procedures on Black and brown people aren’t a thing of the past. Earlier this month, a report emerged of women in Immigration and Customs Enforcement (ICE) detention undergoing hysterectomies without their full, informed consent.

Stigma around mental illness and seeking mental health care also pervades many communities of color. “I know that within my family, there was a great fear of psychiatrists and mental health,” says Licia Sky, a somatic educator and bodyworker of Black and Japanese descent. “’They’ll screw you up. They’ll play with you. They’ll use you. They won’t help you.’”

The illegality of psychedelics might also deter Black and brown people from participating in psychedelics research. The war on drugs devastated Black and brown communities, and to this day, Black Americans have a nearly four times higher likelihood of a weed-related arrest than their white counterparts, even if both groups consume it at similar rates, per the American Civil Liberties Union.

For Indigenous people, who have long used psychedelic medicine as an integral part of their cultures, there’s the added layer of cultural appropriation by white people in the '50s and '60s, Sky says. They “took medicines that were made illegal, and they didn’t suffer the consequences of using them in the same way.”

William believes psychedelics research needs to include more BIPOCs, even from just an ethical standpoint. “All groups should benefit equally from [the research being done], and should share the risk equally from it.” As described above, white people have often benefited from egregiously unethical, risky research conducted on BIPOC participants.

In a similar vein, excluding BIPOC from psychedelics research excludes them from the potential benefits of psychedelics. “I think that developing an inclusive culture where everyone is safe and has the best care possible is the reason why we want to include people of color in this research, to destigmatize an effective treatment that can be very powerful in helping people who have tremendously traumatic experiences to heal,” Sky says. In the U.S., Black and Indigenous people in particular “hold a tremendous amount of trauma.” If you’re a BIPOC, experiencing real or perceived racism, or witnessing it against other BIPOCs, can result in racial trauma, whose symptoms — which can include nightmares, hypervigilance, heart palpitations, and headaches — resemble those of PTSD, the American Psychological Association explains.

Psychedelics research “has been catered mainly to white people and the problems those subjects have had,” Sky says. “I think we need to broaden our lens for how we could help people with other types of problems” — such as BIPOC dealing with racial trauma, or refugees and new immigrants carrying trauma from escaping war or torture, undergoing the immigration process, or trying to adapt to a new culture.

What’s more, therapies based on findings gleaned from research on predominantly white participants may not affect BIPOCs in the same way. “I could do a million dollar psychedelic study with only professional white women, and let’s say it works great,” Williams says. “But I don’t know how well it’s going to work on a Bolivian American man.”

Focusing on the experiences of BIPOC in psychedelics studies could nudge the field toward being more inclusive of them. Williams and her colleagues ran a study at the University of Connecticut that did just that, which she reports had a lot of success in recruiting and engaging BIPOC. She’s gearing up for other studies that use a culturally-informed approach at the University of Ottawa, with a focus on BIPOC with racial trauma, immigrants, and refugees.

Training BIPOC in psychedelic-based psychotherapy could help, too, since BIPOCs might feel safer with a therapist who shares their race and/or ethnicity, and therefore, their experience. Last year, Williams received a grant to train therapists of color to do MDMA-based psychotherapy for PTSD. Ideally, a study would have a diverse team with training in cultural issues at all levels, which, again, could attract more diverse participants.

In the University of Connecticut study, Williams and colleagues involved everyone on their diverse team in the process of decorating the therapy space. “People picked things that were meaningful to them from their cultural heritage or background,” including a Tibetan sound bowl, a framed print of a Latinx mother holding a baby and gazing at the moon, and a throw and pillows from India. “In that way, it was very authentic.”

But even if psychedelics research does become more inclusive, and therapies developed with Black and brown people in mind, would they still feel safe taking them, given that law enforcement still targets them way more for drug-related arrests than their white counterparts?

“There’s definitely a lot more fear and anxiety around that,” Williams says. But she hopes that, with more information, more of them will be willing to take the risk and recognize the potential benefit of psychedelics. Community education could help them make decisions about their mental health and well-being based on accurate, up-to-date information about psychedelics, rather than the misconceptions that run rampant, once these substances become widely available, which she predicts “won’t be long.” (So far in the U.S., Denver, Colorado, Santa Cruz, California, and Oakland, California have decriminalized certain psychedelics.)

Sky sees the accessibility of psychedelic therapies as a bigger issue. “When this becomes legal, what will it cost? Will insurance cover it?” she wonders. “Who has the money for treatment? Who lives close enough to the treatment? Who can be scheduled for the treatment?” There are also questions about who can even access information about the benefits and risks.

Making psychedelics research more inclusive will require intentionality around repairing centuries of damage to Black and brown communities. If that trust is restored, though, psychedelic medicine could benefit them in a major way, especially since young people of color have been shown to be particularly vulnerable when it comes to mental illness and suicide. “It could give people back meaning and empowerment their lives and a way to go forward,” Sky says. “Of course, we want to make that accessible to as many people as possible.”

More like this
Washing dishes is my meditation
By Alexander Hardy
“Panny,” “panettone,” “panini”: Why silly pandemic nicknames are getting us through it
By Melissa Pandika
The Ancestor Project is helping BIPOC reclaim psychedelics
By Melissa Pandika
Stay up to date