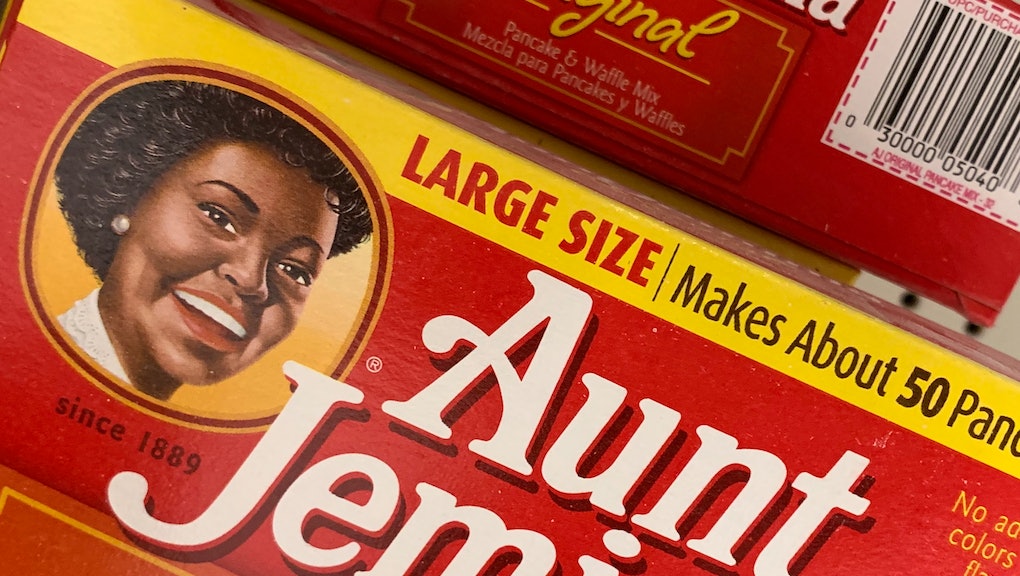 I’m a flapjack connoisseur. I love making pancakes from scratch or, in a pinch, from a box. I’ll indulge in a stack maybe four times a week, as a meal or, you know, just as a snack. So I’m very familiar with the Aunt Jemima brand, and its storied and racist history — and I’ve dutifully avoided the brand because of it. Turns out a batch of executives have finally read the dining room and are taking action.

Several outlets are reporting that Aunt Jemima, the 131-year-old pancake brand, has decided to join us in the current century and change their brand name. “We recognize Aunt Jemima’s origins are based on a racial stereotype,” said Kristin Kroepfl, vice president and chief marketing officer Quaker Foods North America, said in a press release. What made you notice, now, we sarcastically wonder?

Food execs are currently taking a second look at the ingrained racism in American food consumerism, but for Aunt Jemima, criticism isn’t new. The company, which is part of Quaker Foods North America, has a less than savory reputation when it comes to race representation. Before Quaker Oats’ announcement, satire site The Onion posted an article facetiously announcing that they were replacing the historically racist mascot with a lawyer named Sheila, a black woman who enjoys pancakes.

Also, just yesterday, singer KIRBY posted a TikTok highlighting the major points of Aunt Jemima’s alleged racist history, from the inspiration for the entire brand coming from creator Charles Rutt seeing the Aunt Jemima character in a minstrel show (you, know, with all the white actors in blackface making racist jokes) to hiring black women (the first being actor Nancy Green) to make pancakes for customers as a grinning Aunt Jemima.

And today, another brand with a shady racial branding history has followed suit: Uncle Ben. “As a global brand, we know we have a responsibility to take a stand in helping to put an end to racial bias and injustices,” a spokeswoman for Uncle Ben said in a statement to Reuters. “We recognize that one way we can do this is by evolving the Uncle Ben’s brand, including its visual brand identity.”

All this makes me wonder why Quaker Foods, Uncle Ben, and other brands, like Bigelow Tea, which quietly changed its "Plantation Mint" brand name to "Perfectly Mint," didn’t change the name of the brand sooner, knowing what they do about their problematic pasts. There’s even a really famous work of art called “The Liberation of Aunt Jemima” by a Black artist named Betye Saar that she created in 1972, four years after Martin Luther King was assassinated. So, this recent discovery of theirs is decades overdue.

Not everyone see it though (cue the "bad apples" theory). There are commenters under a New York Times article about the Aunt Jemima name change that are beyond upset. Anyone up in arms about a brand of pancakes finally coming to terms with its racist inception should maybe ask themselves why this bothers them more than an offensive stereotype on a bottle sitting at their breakfast table.

More like this
Will Michelin's Green Star finally inject some eco-consciousness into fine dining?
By Joseph Lamour
The pandemic will change the way we dine forever
By Hannah Cutting-Jones
An ode to quarantine meals that got us through the pandemic
By Melissa Pandika
Stay up to date