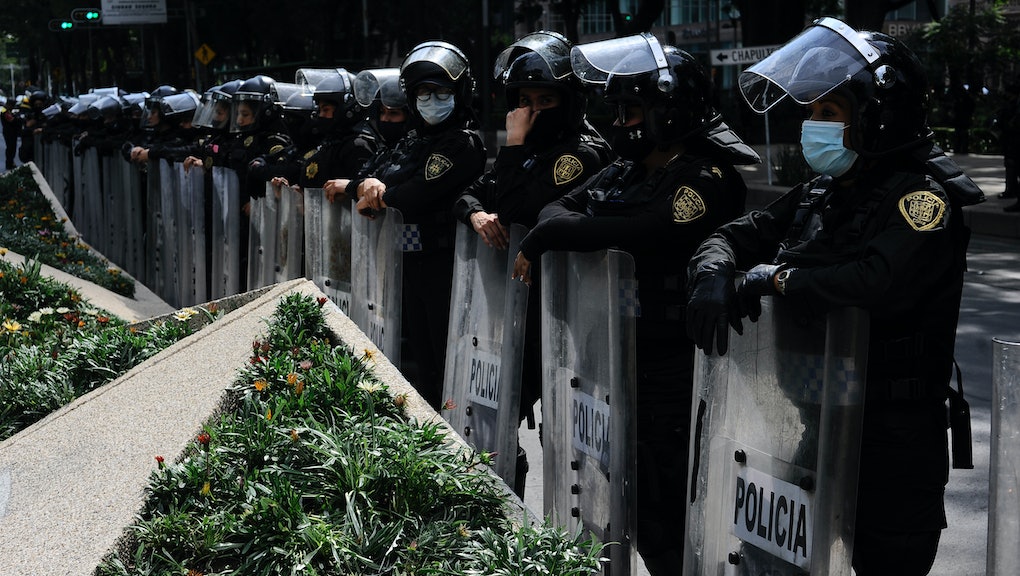 Qualified immunity makes it nearly impossible to sue cops. These 3 senators want to change that

Three of the U.S. Senate's most progressive members announced this week plans to dramatically change the way police officers can be held accountable for their actions while on the job. Thanks to a principle called "qualified immunity," it's near impossible to successfully a sue an officer for an action he performed while on the job. That's why former presidential candidates Sen. Bernie Sanders (I-Vt.) and Sen. Elizabeth Warren (D-Mass.) joined Sen. Ed Markey (D-Mass.) to introduce the Ending Qualified Immunity Act this week, explicitly tying the proposed legislation to the ongoing civil rights and social justice movements sweeping the nation in the wake of George Floyd's killing by a police officer in Minneapolis.

"If we want to change the culture of police violence against Black and brown Americans, then we need to start holding accountable the officers who abuse their positions of trust and responsibility in our communities," Markey explained in a statement announcing the bill. "That means once-and-for-all abolishing the dangerous judicial doctrine known as qualified immunity."

Specifically, the proposed legislation amends the existing —and particularly onerous — rules that dictate how, and when, police officers can be sued for violating someone's civil rights. Currently, critics contend, the nearly insurmountable restrictions to when and how someone can sue a police officer for an act they committed on the job essentially offer a de facto carte blanche to officers, who can then commit civil rights violations free from the fear of personal consequences.

As the senators explain in their press release:

Qualified immunity affects people of color disproportionately because they are disproportionately victims of excessive force at the hands of law enforcement. According to a National Academy of Sciences study, Black men are two-and-a-half times more likely to be killed by law enforcement over their lifetime than white men. Over the course of their lives, approximately one in every 1,000 Black men can expect to be killed by police.

Ending qualified immunity — and thereby exposing police officers to potential financial repercussions for their actions — could, in other words, help stem the tide of racial inequality in law enforcement by having offending officers face consequences for their actions.

Last month, Democratic Rep. Ayanna Pressley (Mass.) and Republican-turned-independent Rep. Justin Amash (Mich.) introduced their own version of the Ending Qualified Immunity Act in the House, with Speaker Nancy Pelosi signaling support for the measure. Republicans, including President Trump, however, seem to have no interest in pursing any changes to the legal precedent, with White House Press Secretary Kayleigh McEnany describing it as a "non-starter."

Still, given the scope and depth of the civil rights protests of the past few months, it's clear there is a significant appetite for action to be taken not only when it comes to changing how laws are enforced in communities — particularly communities of color — but also for holding those law enforcement officers accountable for their actions.

More like this
Ronald Reagan's would-be assassin is about to get a full, unconditional release
By Rafi Schwartz
Vaccines are good. Threatening to evict someone over them is not
By Rafi Schwartz
It certainly seems like South Dakota's governor bullied state employees to help her daughter's career
By Rafi Schwartz
Stay up to date