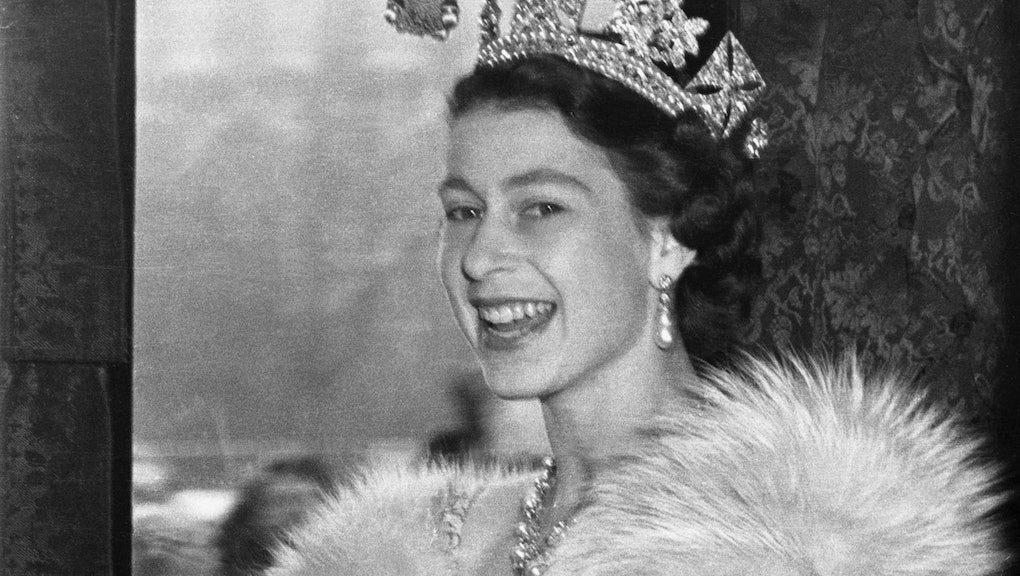 Murdering fuzzy little critters to wear them as an ostentatious status symbol has been passé for some time. But in recent years, a number of brands, retailers and celebrities have jumped on the bandwagon and finally sworn-off fur.

The latest high-profile figure to go faux is none other than Queen Elizabeth II of England, whose royal wardrobe has famously and historically centered on fur. Her coronation robe from 1953, for example, featured a six yard train trimmed with the “best quality Canadian ermine,” a detail dictated by the “strict design guidelines” for previous coronations.

The Queen is evidently shaking up royal sartorial rules, however. Angela Kelly, the Queen’s longtime dresser and personal advisor, revealed in her new memoir, The Other Side of the Coin, that as of this year, outfits made for the Queen will feature fake fur. “If her Majesty is due to attend an engagement in particularly cold weather, from 2019 onwards fake fur will be used to make sure she stays warm,” Kelly wrote.

Buckingham Palace clarified that the Queen is not replacing all the real fur on her existing outfits, and nobody is suggesting that she will never wear fur again. "As new outfits are designed for the queen, any fur used will be fake,” a spokesperson told Harper’s Bazaar. “The queen will continue to re-wear existing outfits in her wardrobe."

Animal rights groups aren’t wild about people wearing vintage fur. PETA regularly conducts fur coat drives for the needy and claims the homeless are “the only people who have any excuse to wear fur.” Still, they seemed thrilled that the royals are willing to go semi-faux. "PETA staff are raising a glass of gin and Dubonnet to the Queen's compassionate decision to go fur-free. This new policy is a sign of the times,” Mimi Bekhechi, PETA's Director of International Programmes, told the Evening Standard.

The faux fur detail from Kelly’s book is getting the most attention, but Vogue pointed out that Queen Elizabeth II is, by nature, an extremely sustainable shopper. “Typically, the lifespan of an outfit can be up to around twenty-five years. Her Majesty is always thrifty and likes her clothes to be adapted and recycled as much as possible,” the Queen’s dresser wrote. She added that after an outfit has been worn in public a few times, they’ll upcycle it or the Queen will just continue wearing it in private.

God save the Queen for doing her part to save the planet.