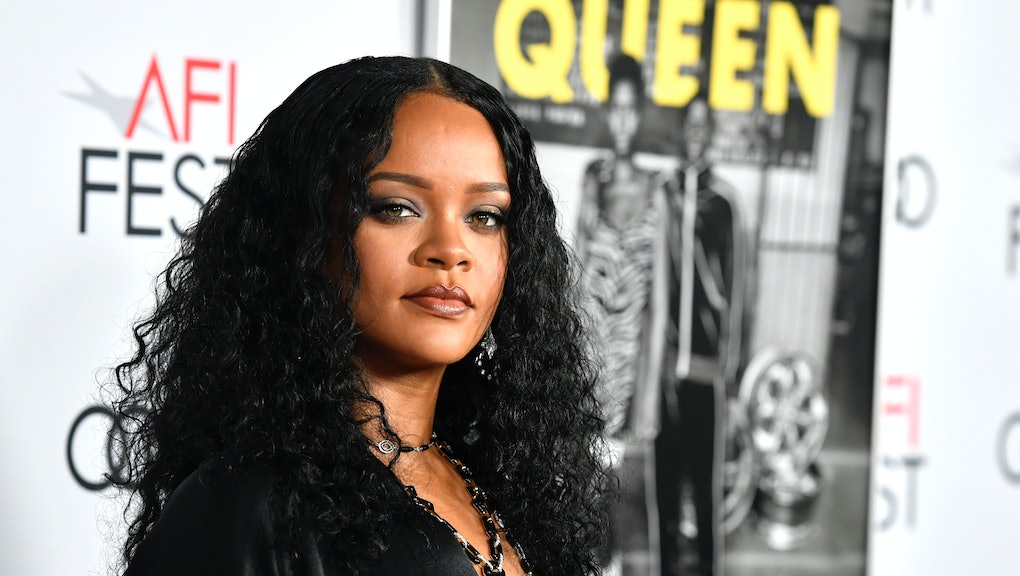 Queen Rihanna marched with the people against Asian hate this weekend

She is a trailblazer in music, beauty, and fashion, but Rihanna also routinely deploys her fame in the name of social justice. Over the weekend, the pop icon joined a protest to #StopAsianHate, taking to the streets in New York City on Sunday. Her assistant, Tina Truong, documented their day on Instagram, from making signs to chatting with fellow protesters (some of whom, hilariously, didn’t realize they were in the presence of music royalty).

Rihanna carried a bright green poster reading, "Hate = racism against God!" She was deeply incognito, dressed in a boxy leather ensemble, ball cap, sunglasses, and a XL face mask. Truong captured the moment when a protester asked Rihanna for her Instagram handle. When she tapped it in and the young man saw her 94 million followers, he gasped, “That’s you?!”

None of this ruffles Rihanna. She’s the fourth-most-followed person on Twitter — after Barack Obama, Justin Bieber, and Katy Perry. And she’s not shy about flexing her clout for a good cause. In 2016, Rihanna became the first Global Ambassador for the Global Partnership for Education (GPE), the only worldwide fund dedicated to improving education in developing countries. The pop star tweeted at the leaders of the UK, France, Australia, Norway, Canada, Argentina, Japan, Finland, the Netherlands, and Germany, pressuring all of them to step up their contributions to the GPE. She succeeded in many instances and even helped convince Germany to double its donations twice.

All hail Queen Rihanna! If she can make time to protest with the people while running a $600 million global empire, the rest of us have no excuse not to show up whatsoever.

More like this
Caitlyn Jenner's campaign is off to a great start!
By Rafi Schwartz
Jaden Smith is opening a restaurant that'll serve free food to homeless people
By Kara Weisenstein
Riiiiiiight, Ellen DeGeneres is ending her talk show because she's bored
By Kara Weisenstein
Stay up to date