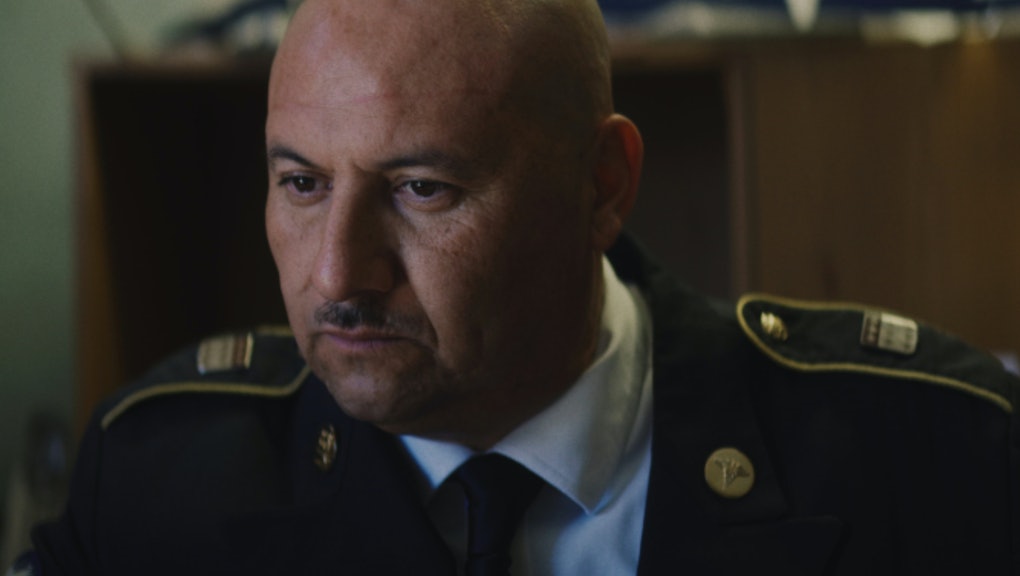 In the endless debates about immigration in the United States, actual human stories are often lost amid warring ideologies about border policy. But to ignore the experiences of the real people caught in the middle is to reduce an immense and complex issue down to meaningless, easily dismissible talking points. Director Andrew Renzi has bucked this pattern in his new documentary, Ready For War, which premieres Friday on Showtime. In the film, Renzi focuses on one specific group of immigrants being deported: veterans.

After months of working with journalists and conducting his own research, Renzi identified a startling trend: Hundreds of U.S. vets were being deported to Mexico, where they were then targeted by cartels, who recognized that men with combat training and tactical skills could prove highly useful in their constant battles with law enforcement and rival gangs. Once the cartels have identified the veterans, the men don’t have much of a choice about working for them; refusal could result in death. So they become tacticians and enforcers, trained by the U.S. government and turned into a key weapon in the fight for control over the Mexican drug trade.

So far, it is unclear how many U.S. veterans have been deported; Immigration and Customs Enforcement has not been able to provide an exact number. But in Ready For War, Renzi goes inside a shelter for deported veterans in Tijuana that has assisted at least 400 people who served in the U.S. armed forces and yet are not allowed back into the country. Veterans who are not U.S. citizens can be deported for criminal activity, even though ICE is supposed to give special consideration to service records in deportation cases.

The 90-minute film has some star power behind it: Drake is an executive producer of the project, another extension by the rapper into the film and television industry after his support of Euphoria and Top Boy. Renzi’s previous projects include Catch a Monster and Fishtail.

“I felt as though the conversation that's surrounding immigration is pretty impenetrable at the moment,” Renzi tells Mic, “but the issue of deporting a veteran was such a specific entry point into that conversation that, at its core, is a bipartisan idea. We as a country support our veterans.” Crucially, Renzi adds, many conservatives in particular consider military veterans to be “the most coveted members of society.”

Ready For War follows the stories of three deported veterans in dramatically different circumstances: Hector Barajas is fighting for the right to return to his family in the U.S.; in the meantime, he’s begun running a shelter in Tijuana for other deported veterans like himself. Miguel Perez is being detained in the U.S. in a facility run by ICE. A third vet, referred to only as “El Vet,” has begun working for the cartels.

Through these men’s stories, Renzi is able to show the scope of the problem. We see Barajas struggling to build a life away from his daughter, while also giving veterans a safe place to stay as they deal with their own PTSD, separation from their families, and deportation. We see Perez desperately fighting deportation while still detained in the ICE facility, thanks to a camera Renzi was able to sneak into the building, while Perez’s family desperately rallies support for him on the outside.

It is the scenes with El Vet, though, that are perhaps most powerful. In his interviews, his face and body are completely obscured with black clothing to protect his identity — a stark reminder that his life is in danger all the time. After we see him handling automatic rifles and handguns and helping to sort drugs and cash alongside an unidentified woman working with a cartel, El Vet says: “I wouldn’t hate the U.S., I don’t. I served the U.S. with pride, and I would have given my life for them. But now that I’m here, this is a living hell.”

To shoot these scenes, Renzi had to establish an immense amount of trust with El Vet. Renzi says that the people who were “doing illegal things understood that we weren't there to expose them for doing those illegal things, [but that] we had a broader mission that we were really committed to.” By building that relationship with El Vet, Renzi was able to get the access required to capture the chilling scenes.

“It was really important to show that collateral damage of that injustice that's occurring,” the director says. He explains that he made it clear to El Vet that the point of the film was not to expose his misdeeds in Mexico, but rather shed a light on injustice in America. “That's why we are showing those aspects of things. Once people believed that, then it was easier for us.”

Renzi believes that the idea that U.S. soldiers could be exploited like this will resonate with a broad swath of people. Framing the discussion around national security is powerful, he says. “People immediately perk up, and they say: ‘Wait, what? We're potentially unsafe because we're deporting people that served in the military?’” he explains. “That kind of opens up the conversation to people that wouldn't have otherwise listened and [who] wouldn't have been sympathetic to begin with.”

Barajas, who is still waiting to return to the U.S., tells Mic that he hopes the film will help a wider American audience understand how deportation affects the lives of veterans — especially at a time when immigration always seems to be in the news, thanks to the Trump administration’s hostility. He adds that while he doesn’t agree with most of what President Trump does, as a veteran he still respects the office.

After watching Renzi’s film, Barajas says he felt that his story, and the stories of the other men, were humanized for the first time. Barajas is the first to admit that he made mistakes after his return from war — and he owns up to that. The veterans who are deported from the U.S. have been convicted of a crime, after all, though the offenses could be as small as a parking violation. For those who go to jail, they are deported after serving their prison sentence.

The film also features interviews with Democratic Sen. Tammy Duckworth (Ill.), a war veteran who lost her legs in 2004 after her helicopter was shot out of the sky in combat. Duckworth has been a committed advocate of ending the deportation of veterans, and she spent Veteran’s Day this year with Barajas and the deported veterans staying at his shelter in Tijuana. Barajas says the visit was a huge deal for him and the other men, who feel like their service to their country has gone overlooked in favor of a focus on their misdeeds.

“I feel like I get all these people that really, really, really judge us, and nobody's perfect,” Barajas says. “We already did what most Americans don't do. They didn't serve. They don't put their citizenship into action. Some people don't even go out and vote. And we're willing to die and serve for this country.”

For Renzi, the film has a simple message — one that he believes most people, regardless of their political beliefs, should be able to get behind. “The issue in my mind is very straightforward,” he says. “We should not be deporting veterans.”

More like this
Carrizo Springs is not the town you think it is
By Robert Dean
New York has set aside a massive, first-of-its-kind fund for undocumented workers
By Rafi Schwartz
'Exterminate All the Brutes' is a messy, ambitious documentary that ties together genocide, white supremacy, colonialism ... and Josh Hartnett?
By Nicholas Russell
Stay up to date