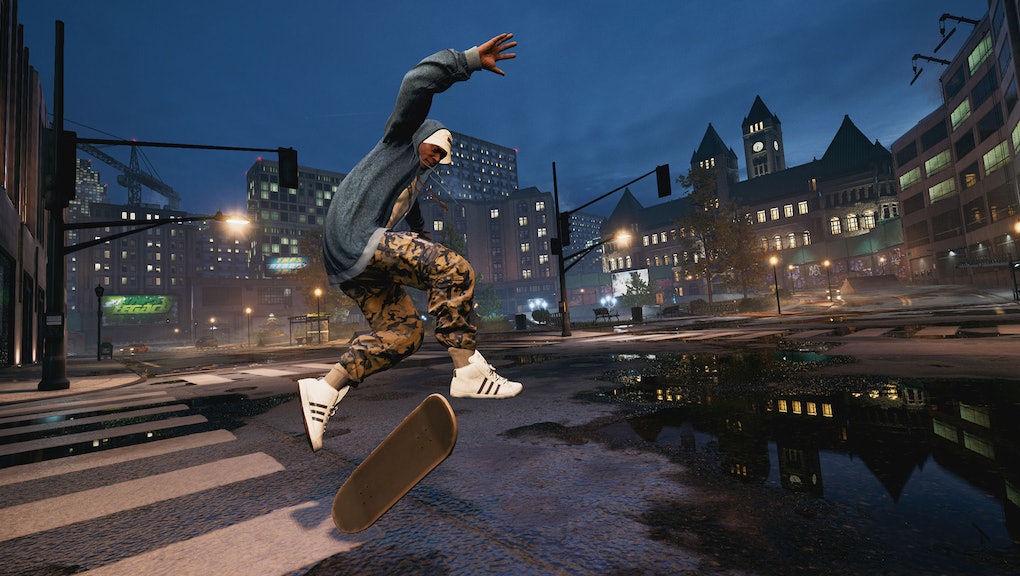 When I was in the 10th grade, my friend Joseph got a demo version of an upcoming Playstation game called Tony Hawk's Pro Skater. At the time, my friends and I were all completely obsessed with skateboarding, spending every second of our free time either pushing through the neighborhood or haranguing one of our parents to take us to the skatepark 40 minutes away. Being the annoying counterculture, anti-establishment teens we were, we were skeptical of Tony Hawk. He was as mainstream as it came in skateboarding, lending his face to what seemed like any company that would pay him (the demo itself was included as a promotion with Pizza Hut pizzas).

Still, we were blindly devoted to anything skateboarding-related, and so had to give it a try. And while the demo only included a single level — the Warehouse — it quickly sucked us in. I have no idea how many hours I spent inside that dusty, digital barn. I was less concerned with tying tricks together to get points than making the tricks look good, realistic, like something I would do if I had the ability to nosegrind 500 feet.

And I wasn't the only one who fell hard and fast for the barebones demo. My friends and I started skipping school regularly, sneaking back to Joseph's house to play the game for hours on end, memorizing every nook and cranny of the Warehouse. The song included on the demo, Goldfinger's "Superman," was perfectly aligned with our pop punk, main-stage-at-Warped-Tour tastes, and I'm pretty sure listening to it on repeat for all those months wedged it into a fold in my brain where the trumpets and excited-whine of John Feldmann's lyrics will sit until I die.

I bring this up because on Tuesday Tony Hawk announced via Twitter that Tony Hawk's Pro Skater (THPS) 1 and 2 are being fully remastered with all of the original skaters and rereleased for the PS4, XBox One, and PC. For people of a certain age and demographic (mine), this is very big news. It's like if Morrissey hadn't become awful and the original Smiths lineup played a reunion show with the Talking Heads. I mean, I played the demo version of this game until my thumbs bled, so you can only imagine how all-consuming the full version was for my cohort and many others.

According to Activision, the remaster is being done by Vicarious Visions, the developer behind the Crash Bandicoot N. Sane Trilogy. “The challenge of a faithful remaster is knowing where to push the boundaries, and what to keep sacred,” Vicarious Visions' COO, Simon Ebejer, told the Verge. “It’s important to capture the original experience.”

It's unclear which songs from the iconic original soundtrack will be returning, but some have been left off, apparently due to licensing issues. As for gameplay, according to Activision all of the skaters' moves will be there, including their special signature tricks (can't wait to bust Muska's One Foot 5-0 Thumpin') and a few additions, like reverts and lip tricks, which were staples of subsequent editions of the franchise.

The remastered versions will also include an online multiplayer function (ideal for our socially-distant moment), as well as amped up Create-a-Park and Create-a-Skater features. The games will be out on September 4, giving you the summer to stretch out your grindin' fingers before neglecting all responsibilities and social obligations in favor of perfecting that ideal 500 foot nosegrind once again.