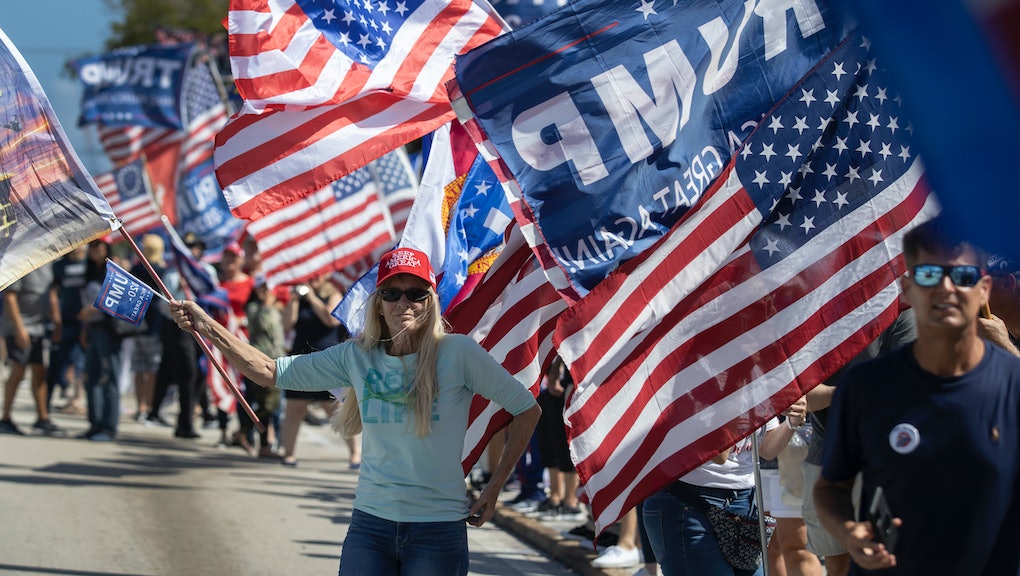 Just days after the U.S. Senate voted 57-43 to acquit former President Donald Trump for the second time, it seems that a majority of Republican voters feel that their representatives voted exactly correctly. A new Politico/Morning Consult poll taken in the aftermath of the Senate's decision shines new light on the enduring foothold that Trump has in the Republican Party.

Nationally, Trump's favorability ratings are about what one would expect for a disgraced and twice-impeached former president. However, among Republican voters only, Trump seems to be as popular as ever, with 81% of Republican voters approving of him in the latest results — an even higher mark than the 77% approval Politico found on Jan. 7, the day after the Capitol insurrection. Perhaps more telling is the fact that if the 2024 presidential primary were held today, Trump would win 53% of the vote, per the survey's results among Republicans or those who lean Republican. In this theoretical situation, Trump would best all of his opponents handily, including former Vice President Mike Pence.

What the polling data — taken from Feb. 14-15 of 1,984 registered voters — also demonstrates is that no matter how far we move away from the Trump presidency, it doesn't seem like much has changed. For instance, an early December poll — conducted amid a massive nationwide effort by Trump and his cronies to convince the American public that the election was stolen — found that Republicans still viewed Trump favorably and would vote for him if he ran for office again.

The question of Trump's running for office once more is a sore spot for Democrats, who tried feverishly to convince their Republican colleagues that a conviction would hold Trump publicly responsible — and, more importantly, allow lawmakers to vote to bar Trump from holding elected office ever again. Trump's acquittal means that he can run again, and this poll shows that he could win.

Of course, four years is a long way away, but in the political world it's not uncommon for a contest to start years out from the actual election. And of course, the poll isn't really about running for office. The results are a helpful guide to instruct how elected officials should caucus and vote, a rough estimate of how much power (though not institutional) Trump has in directing the course of the Republican Party. Put plainly by Politico: "Fifty-nine percent of Republican voters said they want Trump to play a major role in their party going forward."

Given that Trump is still the sun of the GOP, it looks like we'll be orbiting around him for some time yet.

More like this
This poll shows just how strong Trump's hold on Republican voters is
By AJ Dellinger
Wow, Donald Trump is actually following through on a threat to sue someone
By Rafi Schwartz
Oops, the Arizona recount the MAGA crew demanded actually took votes away from Trump
By Rafi Schwartz
Stay up to date