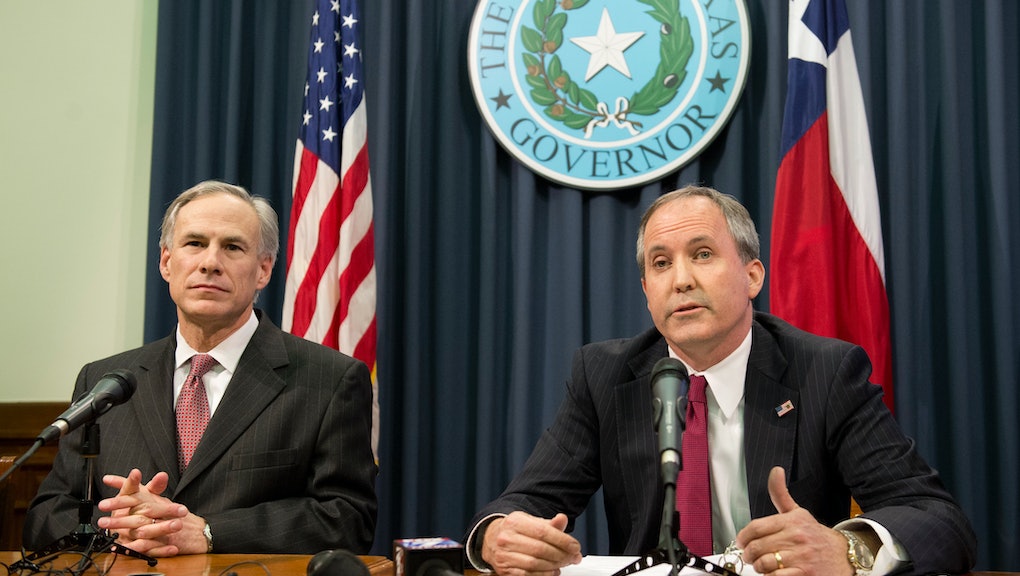 Republicans in Texas are still trying to kill DACA

On Tuesday, less than 30 days until the swearing in of President-elect Joe Biden, a federal judge will hear arguments for a case questioning the constitutionality of the Deferred Action for Childhood Arrivals (DACA) program. The Texas judge, Andrew Hanen, will hear arguments supporting a suit initiated over two years ago by Texas Attorney General Ken Paxton. Paxton, a Republican, has made a name for himself as a President Trump loyalist, most recently trying and failing to overturn the general election results in a case the Supreme Court threw out in November.

In 2018, Paxton led a coalition of nine states, including Texas, in a lawsuit seeking to undermine the validity of DACA. The states' suit claims that providing basic social safety net protections and services that are otherwise available to those born in the U.S. is a cost that they should not have to bear. They also argue that President Barack Obama did not have the legal authority to enact the program when he did so via executive action in 2012. Earlier this year, the Supreme Court let DACA stand by ruling that Trump did not provide sufficient reasoning when he tried to undo the program.

But "this case does not take up the question of whether Trump had the authority to rescind DACA," Nina Perales, the vice president of litigation at the Mexican American Legal Defense and Educational Fund, told reporters earlier this week per the Texas Tribune. "This case is an attack on the underlying legality of DACA itself."

Trump's four years in office have been marked with an on-again, off-again battle over DACA. Trump has alternately expressed sympathy for its recipients and urged a path to citizenship, and also vilified immigrants and tried to dismantle the program.

DACA provides a critical lifeline to those who were brought to the U.S. as children, by family members who did not follow the processes for immigration outlined by federal law. Since its implementation in 2012, DACA has offered over 600,000 people who have attended American schools, built families, and grown into their local communities relief from the near-constant threat of deportation. In order to be DACA-eligible, recipients have to adhere to a number of strict criteria, and once they're accepted, they have to renew their status every two years.

Hanen won't issue a ruling Tuesday, but when he does, its consequences will reverberate throughout the country. Experts say that the case could play out in a number of ways: The judge could dismiss the case altogether by concluding the states haven't proven sufficient harm, rule that DACA is unlawful or lawful based on Obama's creation of it, or request that a full hearing take place, per the Tribune. Biden has pledged to protect DACA recipients and end the legal battle regarding the program's constitutionality.