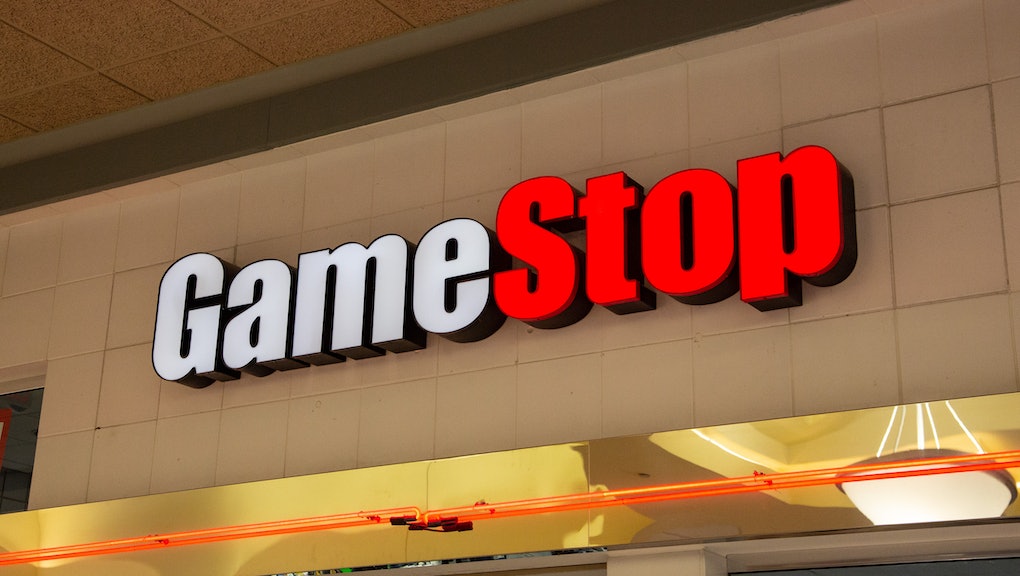 For the last couple of weeks, a collection of Redditors organizing themselves in the r/WallStreetBets community have been squeezing hedge funds for all they’re worth by using the tools of the stock market against them. The effort has sent skyrocketing the value of companies thought to be on their deathbed, all while millionaires and billionaires who placed bets on the demise of those businesses have found themselves taking on a bill that they couldn't actually pay. A lot of this was happening on an app appropriately named Robinhood — until Robinhood decided to make the whole thing stop.

On Thursday, in advance of what was expected to be perhaps the biggest trading day yet, stock trading platforms like Robinhood cut off the investors because, for just a brief moment, capitalism stopped working just for the rich. Now Robinhood faces a class-action lawsuit for cutting people off, likely at the behest of hedge funds and other wealthy investors.

Understanding what exactly is going on with GameStop and other seemingly doomed companies like AMC Theaters and BlackBerry — which also saw their stock price skyrocket over the last week or so — requires a bit of knowledge about the machinations of the stock market. But it all starts with short selling: when an investor borrows a stock from a broker, sells it, and then buys it back later to return to the lender. Short sellers are betting that a stock price will go down, so that when they buy it back later, they’re paying less than what they sold it for. They’re basically rooting for a company to fail so that when they buy the stock back at a lower price, they get to pocket the difference.

Doing this is a pretty major risk, which is why hedge funds with billions of dollars behind them are often the ones carrying out short selling. It's the rich banking on businesses to fail so they can get richer. Also, many hedge funds are associated with the reckless behavior that led to the housing market crash and resulting recession in 2008, so they don't exactly have a sterling reputation at this point.

Redditors on the subreddit r/WallStreetBets, which is known for being a source of stock market anarchy and also terrible investment advice, identified stocks that had lots of short sellers placing bets against them. GameStop became the rallying point, but the meme stock portfolio expanded to include stocks like AMC, Nokia, Bed Bath & Beyond, and Blockbuster — basically, stocks that you would’ve been thrilled to hold in the '90s.

Capitalism isn't actually about free markets, so much as it is about people in power using the markets to their advantage.

Through the power of groupthink and a lack of impulse control, the Redditors started buying up stock in these companies, driving up the price and wreaking havoc for the hedge fund ghouls who had bet the prices would fall. (Remember, if the stock price goes down, the short sellers profit. But if the stock price goes up, they are on the hook for paying the difference when they return the stock to the lender.) At one point, GameStop's stock price had increased by more than 1,700%.

That's a lot of cash coming due awfully fast. It got so bad that one of GameStop's biggest short sellers had to get a bailout from its billionaire backers.

On Thursday, things were set to get way, way worse for the hedge funds. The scheme to squeeze their short positions had started to get national attention, dominating the financial news cycle and garnering support from the likes of Elon Musk and Mark Cuban. On Twitter and TikTok, scores of people were inspired to join in on game by signing up for Robinhood, which has no fees for buying and selling. Now, regular people could work together and milk profits from billionaires who were on the wrong side of a bet.

And then it all came to a screeching halt. On Thursday morning, just before the stock market was set to open for the day, Robinhood users found that they were unable to purchase stock in GameStop, AMC, and the other companies backed by WallStreetBets. The official reason from Robinhood was that the app just wanted to protect users from risky investments. Given that Robinhood has been criticized for gamifying risky decision making in the past, it's laughable to think the company just suddenly grew a conscience and realized that lowering the barrier for dangerous financial decision making is bad, actually.

The more likely explanation is that the banks got to them and asked them to make the trading stop, because they were losing a fortune. Robinhood wants to become a publicly-traded company and likely assumed that it'd have a better shot achieving that if it cozied up to the banks, rather than its users. So on Thursday, Robinhood turned off the ability to buy GameStop and other stocks. Users could still sell their positions in the company, and doing so sent the stock price crashing — not quite back down to Earth, but at least to lower orbit.

The fact that Robinhood and the powers that be decided to cut off the public as soon as they found a way to profit off a system that is typically stacked against them is not a shock. Capitalism — or at least the particularly perverted, late-stage version that has delivered America into its current hellscape — isn't actually about free markets, so much as it is about people in power using the markets to their advantage. For a brief moment, Redditors and internet-savvy individual traders saw a way to win at a game that’s usually rigged against them. Some were lucky enough to cash out before the rich people successfully called timeout. Others have watched some of their profit disappear as all of a sudden, the populist uprising on the stock exchange has been stifled and may not recover.

A class-action lawsuit filed against Robinhood might be able to bring some form of symbolic justice. The suit was filed on behalf of Robinhood users by a Massachusetts man named Brendon Nelson, who accused Robinhood of failing to execute the orders placed by its users. The suit seeks restitution for losses caused by Robinhood’s decision. The platform has also done the seemingly impossible task of unifying members of both major political parties, as everyone from Alexandria Ocasio-Cortez to Ted Cruz seems to be in agreement that Robinhood screwed over everyday investors in order to do a favor for big-money backers.

The lawsuit won't unrig the system, nor will it be able to recoup the losses that some individual investors suffered when trading was cut off. On Thursday afternoon, Robinhood seemed to respond to the backlash by saying it would allow "limited buys" of GameStop and the other relevant stocks starting Friday.

Still, there’s an irony that an app called Robinhood prevented the average person from making money at the expense of the richest among us. But this is always how the system was set up to work.