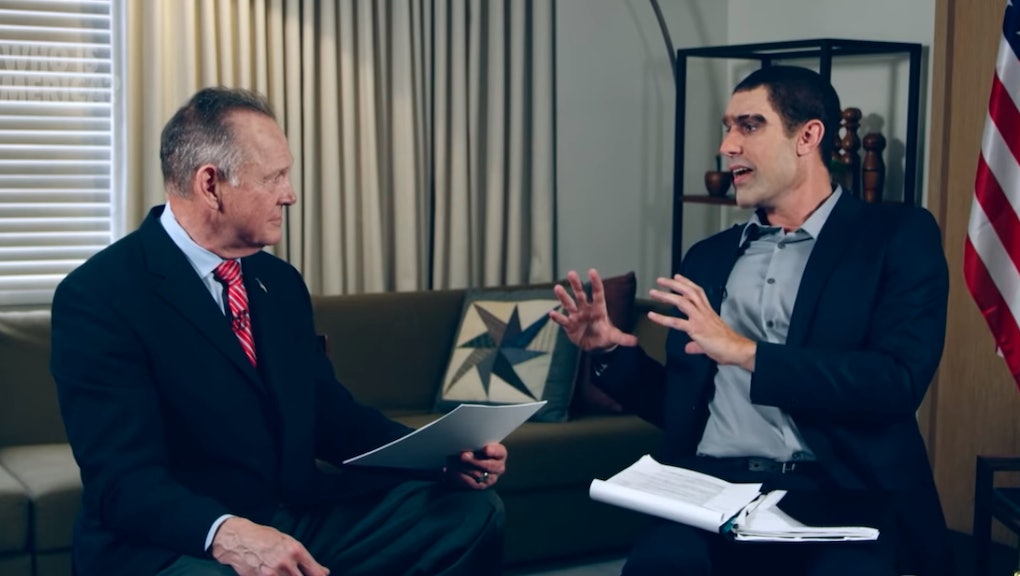 When Sacha Baron Cohen’s Who Is America? aired on Showtime, he successfully coaxed everyone from Dick Cheney to O.J. Simpson into humiliating on-camera interviews. This has been his thing for as long as he’s been a public figure, but former Alabama Senate hopeful Roy Moore has pursued an uphill legal battle to sue Cohen for his appearance on the show in 2018. Last week, U.S. District Court Judge Andrew Carter Jr. granted Moore a minor victory, denying a motion by Cohen, CBS, and Showtime to dismiss the case.

Moore, the former judge who was credibly accused of sexually assaulting three women — including a minor — during his Senate campaign, was tricked into a Who Is America? appearance. A disguised Cohen used a fake device to detect pedophiles on Moore, after which he walked off the interview.

The former Alabama Senate candidate sued Cohen and Showtime in 2018, seeking $95 million in damages for defamation, “intentional infliction of emotional distress,” and fraud. Last April, a D.C. district judge transferred the case to federal court in New York, which was thought to be a victory for Cohen’s legal team.

The legal case against Cohen stems from “Yerushalayim TV,” the production studio under which Moore signed his consent agreement to appear on the show. While consent forms have covered Cohen’s most high-profile legal threats from the Borat and Bruno days, Moore alleges that Yerushalayim is a fictional and fraudulent entity, which would void any signed agreement. Despite Carter striking down Cohen’s attempt to dismiss the case, Cohen and Showtime seem to be on solid legal ground, claiming that Yerushalayim is a real entity in Wyoming and a subsidiary of the production company behind Who Is America?

Even during the deadly pandemic, Cohen has kept busy with his trademark stunts. Last month, he infiltrated the right-wing March for Our Rights 3 rally in Olympia, Washington — initially as a fake co-sponsor, then as a participant. Clad in overalls and a fake beard, he led the crowd in a racist singalong that took aim at the “Wuhan flu,” Barack Obama, and more. The crowd and organizers were game for much of his song’s eight-minute runtime, before realizing they were duped and sending Cohen away in an escape car. Given the elaborate nature of all this, you can safely bet it’ll factor into the next season of Who Is America? — with or without a new slate of legal battles.

More like this
The end of 'Keeping Up with the Kardashians' hardly means the end of the Kardashians
By Carrie Wittmer
The all-Black Bill Pickett Invitational Rodeo will air on national TV for the first time ever this Juneteenth
By Jewel Wicker
“Exhilarating, joyful, and of course pretty scary": Musicians on the pressures of returning to the stage
By Kelly McClure
Stay up to date