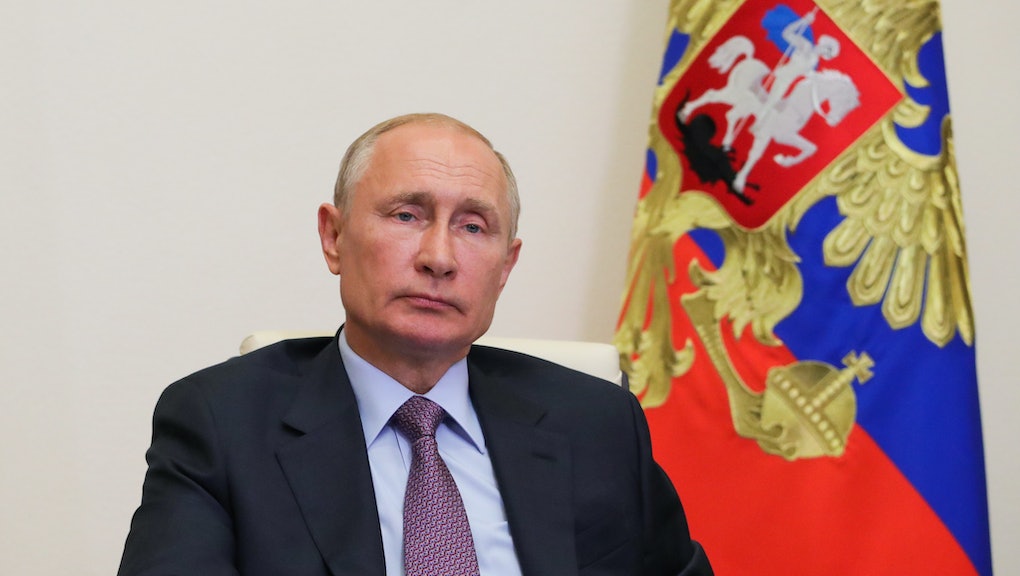 The race to find a vaccine for the novel coronavirus is beginning to read like a soap opera. In a somewhat unsurprising plot twist, Russia approved a coronavirus vaccine this morning and is starting mass production, despite the fact that the vaccine has not yet undergone Phase III clinical trials. Russian President Vladimir Putin announced the approval and claimed it as a "world first," CNN reported.

The Russian vaccine was developed by Moscow-based Gamaleya Institute and sped through early monkey and human trials with no apparently egregious side effects, the New York Times reported. It could be safe, but we can’t be certain how effective it will be because it has not gone through the last stage of human clinical trials — called Phase III trials — in which a large group of individuals would have been inoculated with the vaccine and their immunity would have been tested against a control group that receives a placebo.

Phase III trials are how scientists discern how effective a vaccine is and whether there may be subtle side effects that weren’t caught in earlier trials. According to the Food and Drug Administration (FDA), a novel coronavirus vaccine would need to be 50% more effective than a placebo in order to be approved, reported the Times. Scientists have no way of knowing how safe or useful this new vaccine might be because, not only has Russia skipped the third crucial step of vaccine testing, it also has not released any data about the vaccine. As you can imagine, this has researchers worldwide a bit nervous, and with their fingers and toes crossed.

"The collateral damage from release of any vaccine that was less than safe and effective would exacerbate our current problems insurmountably. I hope these criteria have been followed. We are all in this together,” said Danny Altmann, professor of immunology at Imperial College London, in a press release. Russian officials seem nonplussed by the criticism. "According to the results, the vaccine has shown high efficiency and safety. All volunteers developed high [tiers] of antibodies to COVID-19, while none of them showed serious complications of immunization," Russian Health Minister Mikhail Murashko told CNN.

If Russia’s seemingly premature enthusiasm for this vaccine has left you scratching your head, don’t worry, Putin says. He’s pretty confident that it works. "I know that it works quite effectively, it forms a stable immunity,” Putin said, adding that his daughter had received it and while she had a higher-than-usual temperature after the injections, "now she feels well,” CNN reported. Well, that’s a relief and not a terrifying example of paternal exploitation at all.

This isn’t the first time that Russian officials have tested an unproven vaccine on their children. In the 1950s, two Russia virologists tested a Polio vaccine on their own brood. Luckily, that polio inoculation was both safe and effective. Fingers crossed that the world — and Vladimir Putin’s daughter — is just as lucky this time around.

This whole debacle makes it almost seem like making a claim of global vaccine victory is more important than actually creating real strategies for saving lives. Even the language around vaccine development is a rerun of a throwback Russian-U.S. competition. This new Russian vaccine has been dubbed “Sputnik V,” a reference to the first artificial earth satellite, called “Sputnik I,” which was launched by Russia in 1957. This in combination with America’s “warp speed” approach to vaccine development harkens back to the cold war space race. That intergalactic pissing contest had a lot fewer lives at risk, however, and global scientists do not seem impressed with this reenactment.

More like this
This anti-vaxx doctor is seriously telling lawmakers vaccinated people are "magnetized"
By Tracey Anne Duncan
Why the origin of coronavirus is still a mystery
By Marilyn J. Roossinck
A Hot Vax Summer is impossible when my family in India is still struggling
By Angel Kumari
Stay up to date