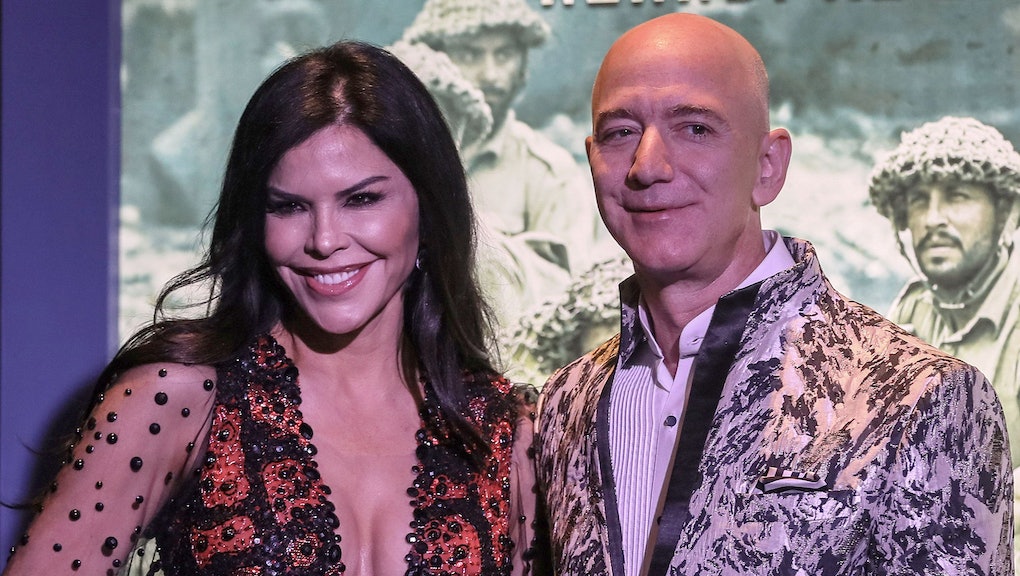 Mohammed bin Salman, the crown prince of Saudi Arabia, appears to have hacked the phone of Amazon CEO Jeff Bezos, according to a report made by two U.N. experts Wednesday. News of the apparent hack was initially reported Tuesday by The Guardian before the U.N. got involved Wednesday. While the hack itself is troubling enough — there are certain son-in-laws in the White House who are known to have communicated with the Saudi prince in similar ways as Bezos did — it also brings to light just how many unsavory actions the Trump administration may have tacitly agreed to during its bearhug of the Saudi regime.

In a statement, the experts, Agnes Callamard and David Kaye, claimed to have “establish[ed] grounds for a reasonable belief that Mr. Bezos was subjected to intrusive surveillance via hacking of his phone as a result of actions attributable to the WhatsApp account used by Crown Prince Mohammed bin Salman.”

Their conclusion was that the Saudi prince sent Bezos a text loaded with malware, and then used it to spy on him. His goal, according to the experts? To “influence, if not silence” the reporting of The Washington Post, which Bezos owns, on the death of its columnist Jamal Khashoggi, who was allegedly killed on the crown prince’s orders.

The text arrived in May 2018, while Khashoggi was still alive and regularly publishing columns that were critical of Saudia Arabia’s autocratic government and the crown prince specifically. Six months after the spyware arrived on Bezos’s phone, Khashoggi was killed and dismembered on what the CIA has determined were the prince’s orders.

“At a time when Saudi Arabia was supposedly investigating the killing of Mr. Khashoggi, and prosecuting those it deemed responsible, it was clandestinely waging a massive online campaign against Mr. Bezos and Amazon targeting him principally as the owner of The Washington Post,” the U.N. experts wrote in their report.

Notably, they also uncovered some eyebrow-raising details involving Bezos’s extramarital affair, which was revealed by the National Enquirer last year. “A single photograph is texted to Mr. Bezos from the Crown Prince’s WhatsApp account, along with a sardonic caption. It is an image of a woman resembling the woman with whom Bezos is having an affair, months before the Bezos affair was known publicly,” the report said.

In other words, the crown prince was apparently taunting or perhaps even trying to blackmail Bezos with information about his affair. The caption of the image he sent to the Amazon boss reportedly read, “Arguing with a woman is like reading the software license agreement. In the end you have to ignore everything and click I agree.”

The Saudi government denied the allegations that the crown prince had hacked Bezos’s phone. In a Twitter post, it declared, “Recent media reports that suggest the Kingdom is behind a hacking of Mr. Jeff Bezos' phone are absurd. We call for an investigation on these claims so that we can have all the facts out.”

The report raises several key questions about the relationship between the crown prince and the Trump administration, which has steadfastly stood by the Saudi government and refused to accept the CIA’s determination regarding Khashoggi’s murder. If that grave act didn’t sway the White House from supporting the crown prince, then it’s unlikely that these latest revelations will, either. After all, Trump himself as president has often criticized Bezos over the reporting in the Post, and he’s never shown much in the way of squeamishness when it comes to working with foreign dictatorships hacking his political rivals. Let’s not forget “Russia, if you’re listening…” There’s basically no evidence that would lead the Saudis to think Trump might disagree with a cyberattack at Bezos’s expense.

Even more troubling is the likelihood that these latest revelations may only be the tip of the iceberg. It’s well within the realm of possibility that there are records related to Bezos in the restricted file of presidential phone calls that was revealed by the Ukraine whistleblower. Last year, it was reported that the White House went to extraordinary lengths to keep the details of a call between Trump and bin Salman secret, not giving a rough transcript of the call to officials who would normally receive one, and placing the call in a classified file without explanation.

Furthermore, Trump’s son-in-law Jared Kushner reportedly developed a backchannel to bin Salman, and had regular informal talks with him outside of normal national security protocols. According to a report in the New York Times, Kushner became a key defender of the Crown Prince within the White House after Khashoggi’s death. It’s totally believable that he may have provided some form of political cover to bin Salman in his hacking campaign against Bezos.

The U.N. called on the U.S. to investigate the claim that the Saudi prince hacked into Bezos’s phone, but considering Trump’s attitudes towards Bezos and the United Nations, that seems highly unlikely. Instead, the White House will almost certainly ignore the report, likely further emboldening the Saudi government — another way this administration will have sided with authoritarian regimes over civil liberties.

More like this
We might have AI-powered murder drones to worry about now, a U.N. report suggests
By AJ Dellinger
Donald Trump's blogging days are over
By AJ Dellinger
Congrats to GOP Rep. Mo Brooks for tweeting his own passwords out to 100k followers
By Rafi Schwartz
Stay up to date