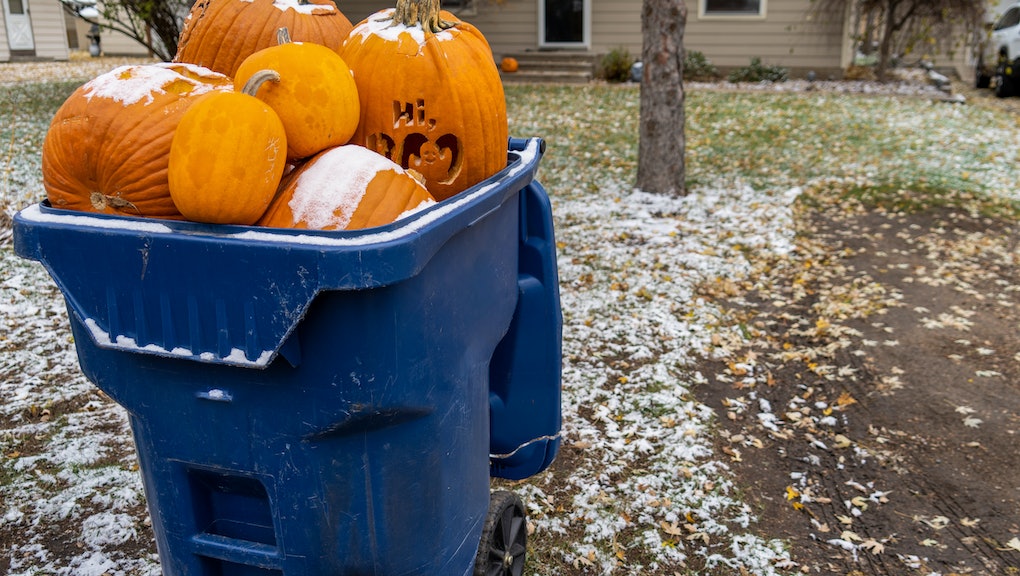 Scary hours: Halloween costumes are bad for the environment

Not to rain on “spooky season” or anything, but the ways most people celebrate Halloween are terrifyingly bad for the planet. Plastic waste from popular prefab costumes sold by many retailers are a massive pollutant, as are the individually-packaged candies generations of kids have grown up collecting each October.

A new survey conducted by the UK charities the Fairyland Trust and the Hubbub Foundation polled 19 major retailers, including grocery and department stores, as well as fast-fashion outlets like ASOS, H&M, Topshop, and Zara. They found that 83% of the material used to make 324 costumes was oil-based plastic. Based on a previous Hubbub report revealing that 7 million costumes are thrown out in the UK each year, that works out to 2,079 tons of plastic waste generated every Halloween — the equivalent of dumping 83 million Coca-Cola bottles into the ocean.

The report warns that unless retailers and manufacturers work towards nonplastic alternative fabrics like cotton and viscose, Halloween’s huge plastic waste footprint will likely continue. The organizations call for “better and consistent labelling” to better educate consumers about the fabrics they’re purchasing. But as David Bolton, a policy adviser for the British Retail Consortium, told The Guardian, “The materials used for children’s costumes are chosen for safety. Retailers take child safety extremely seriously and this is why we support the current choice of materials.”

Halloween is even more popular in the US, where consumers are expected to spend $8.8 billion on costumes, candy, and decorations in 2019, according to the National Retail Federation’s annual survey. The EPA estimates 30% of municipal waste is made up of discarded packaging. That includes candy wrappers, which as a general rule, aren’t recyclable.

“The scariest thing about Halloween now is plastic,” said Chris Rose, of the Fairyland Trust. “Consumers can take action to avoid buying new plastic and still dress up for Halloween by buying from charity shops or reusing costumes, or making their own from non-plastic materials.” If you’re not the crafty type, sustainability advocates suggest hosting a costume swap within your friend group or community. They also suggest non-candy alternatives like temporary tattoos and friendship bracelets as treats that kids still get excited about.

The toll Halloween takes on the environment is hair-raising, but ultimately it’s a fixable problem if we’re committed to amending lazy habits. Certain players in the fast-fashion industry have already begun feeling the effects of shifting consumer attitudes about sustainability. It seems inevitable that eco-consciousness will affect mass-produced costume retailers, as well.

For now, plastic waste polluting the planet is just another good reason to rethink that sexy Handmaid’s Tale costume you might’ve been pondering. You’re welcome.