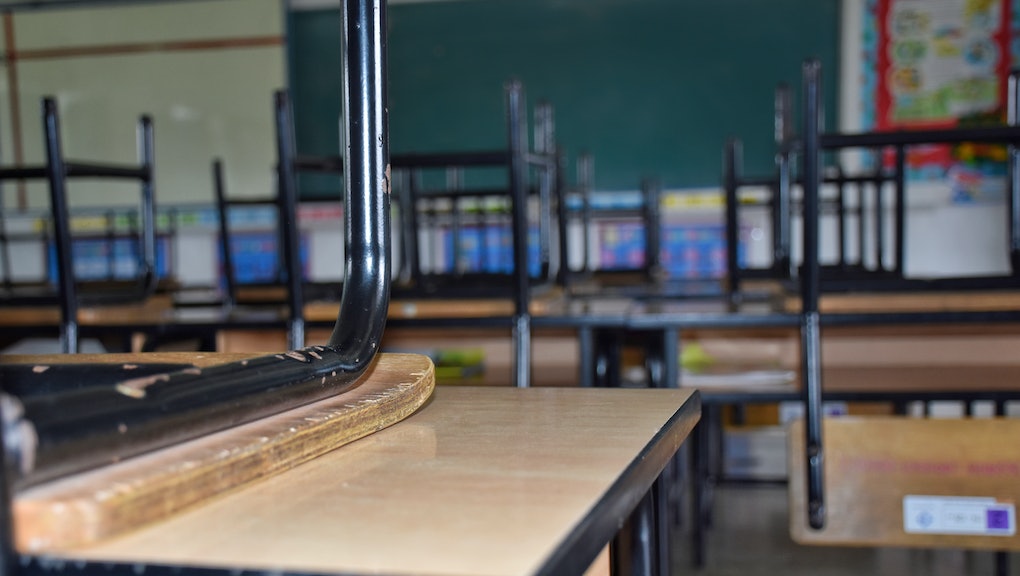 Schools, empty because of coronavirus, are being burglarized in California

With much of the country virtually locked down due to coronavirus, overall crime rates have dropped. Cities are seeing fewer traffic stops and home burglaries, as mandatory shelter-in-place orders keep residents in their homes. But a certain type of threat has emerged in their place: school thefts. Among these buildings, which are now unoccupied and will likely stay that way until the next school year starts in the fall, one city has reported a string of break-ins.

New data from the San Jose, California, police department details how coronavirus has precipitated an increase in school campus burglaries. One middle school in the area has been burglarized three times, local Fox affiliate KTVU reports, with school officials saying that electronics and computer equipment were taken. George Kleidon, the principal of the burglarized middle school, wondered aloud to the station: “Is it because they know schools are closed and vacant at this time, meaning schools are more vulnerable?"

Since the start of the California Bay Area's mandatory stay-at-home order, police say that school burglaries in the southern region of San Jose are up 550% from this time last year. Eddie Garcia, the chief of police in San Jose, sees a direct connection between the order and increase in burglaries: "We are all concerned the longer this shelter-in-place goes on, the more we may see increases," he told KTVU.

The change in crime rates doesn't necessarily come as a surprise to criminologists, historians, and police departments, as crime generally shifts with social life. During the Great Depression in the 1930s and Great Recession starting in 2008, the country saw a dip in property crime. And since the onset of coronavirus, isolation has driven down crime rates around the world. In Chicago, drug arrests are down by 42%; in Detroit, police report an overall crime drop of about 20%.

Unfortunately, coronavirus has seen a spike in some places of different crimes, such as rape and intimate partner violence. If more people stay home because they either can't go into work or no longer have a job, property crime lowers. But gender-based violence follows an opposite path: More time spent at home, coupled with the financial instability of the pandemic, has led to an increase in intimate partner violence, as economic abuse is closely linked with other forms of abuse. Moreover, requests for violence prevention, advocacy and support services have increased, which puts added stress on organizations with already-limited resources.

Next week, many states across the South will begin "reopening" their economies, allowing residents to frequent beaches, restaurants, and other public venues, while maintaining proper social distancing protocols. Yet governors and state leaders have said that schools will most likely not reopen for the remainder of the school year, so it remains to be seen what impact the closures will have on social life and crime rates going forward.