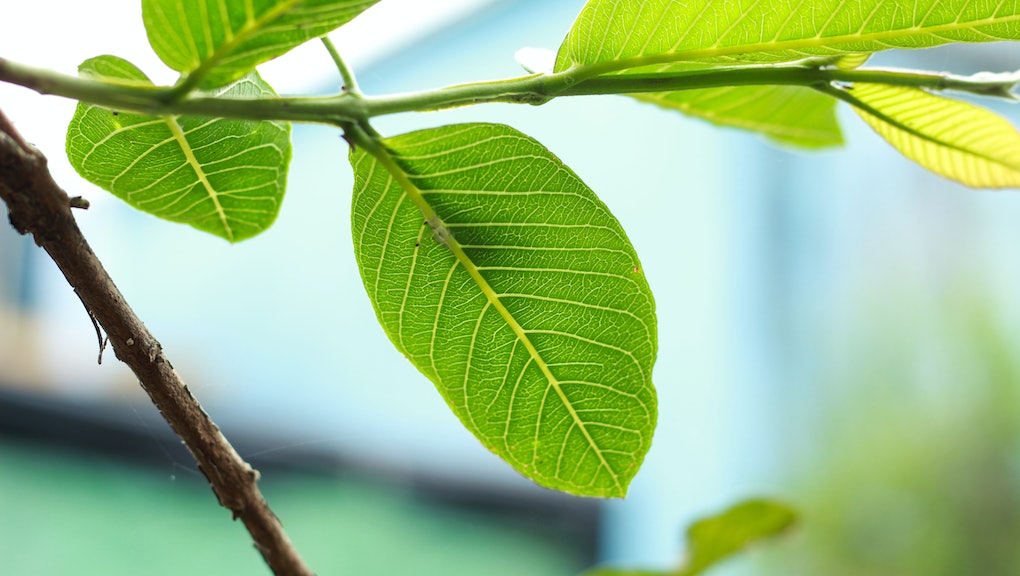 Trees use leaves to collect sunlight, CO2, and water to create energy in a process called photosynthesis. It's a process that's clean and renewable as long as the tree is alive. With all this talk about clean energy, could humans use a similar process to produce fuel for themselves? Researchers at the University of Cambridge believed it's possible. Now, after seven years of development, a team of Cambridge scientists have successfully created an 'artificial leaf' that can use the same process to make synthetic gas.

Synthetic gas — also known as 'syngas' for short — is currently used for many products including fuel for cooking and creating medicines, plastic materials, and fertilizers. The process of creating syngas involves using natural gas or coal, which releases damaging greenhouse gases into the atmosphere. In contrast, the artificial leaf uses clean energy sources and doesn't release carbon dioxide back into the air.

"You may not have heard of syngas itself but every day, you consume products that were created using it," said the report's senior author, Department of Chemistry professor Erwin Reisner, in a statement. "Being able to produce [syngas] sustainably would be a critical step in closing the global carbon cycle and establishing a sustainable chemical and fuel industry."

Just like real leaves, the artificial leaf uses sunlight to power itself. Bad weather doesn't affect it much; it can still function well on cloudy or rainy days. The two modules that absorb sunlight on the leaf are combined with a catalyst — a substance, cobalt in this case, that can create a chemical reaction. When the leaf is placed in water, one module uses its catalyst to produce oxygen. The other module then kicks in to turn the liquid into carbon monoxide and hydrogen, creating syngas.

According to the researchers, other artificial leaves typically produce just hydrogen. The Cambridge leaf is unique due to the catalyst and materials used to cleanly make syngas. From here, the syngas can be converted into liquid fuel.

The scientists aren't finished with this development, though. They want to take it a step further by using the leaf to take CO2 and water to create liquid fuel without needing to convert syngas first. In other words, they want to make liquid fuel, an alternative to petroleum, within one step. This could create a sustainable source of fuel for the shipping and flight industries.

PhD student Virgil Andrei, the first author of the paper, sees this as a hopeful step towards their clean liquid fuel production goals. "We are aiming at sustainably creating products such as ethanol, which can readily be used as a fuel," he explained. "It's challenging to produce it in one step from sunlight using the carbon dioxide reduction reaction. But we are confident that we are going in the right direction, and that we have the right catalysts, so we believe we will be able to produce a device that can demonstrate this process in the near future."