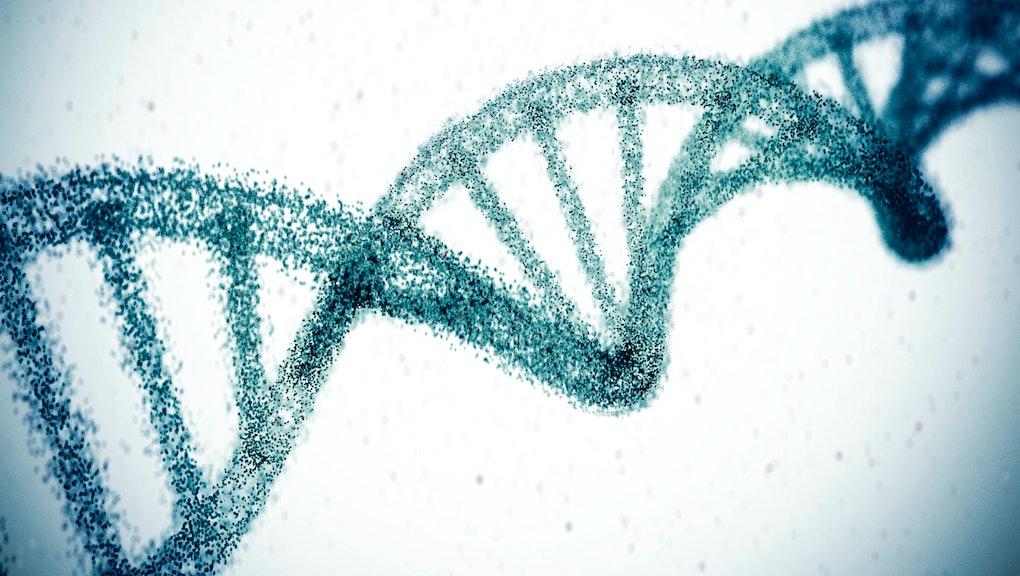 For the first time ever, scientists edited the DNA inside a living human being. Doctors at Oregon Health and Science University edited the unruly cellular material of a live patient — who has a rare genetic disorder that causes blindness — inside the patient’s body, reported NPR. CRISPR, the technology used to edit the cellular sequence, isn’t brand new. But usually in order to use it for DNA editing, doctors first remove cells from a patient’s body, edit the genes inside them, and then put the edited genes back into the patient. Not anymore, though, apparently. CRISPR has now been used to modify DNA without first removing the cells, according to NPR.

In order to achieve this groundbreaking medical feat, doctors injected the patient’s eye with a combination of viruses and a set of CRISPR-created instructions for editing the gene, NPR reported. The viruses themselves are harmless. They are used as messengers to deliver the gene edits to the cells. The tool sent by the viruses is intended to cut out the defect that causes blindness in the patient. According to NPR, scientists hope that by cutting out the malfunctioning part of the cell, the patient’s body will respond by producing necessary proteins that prevent the death of cells in the retina and will also revitalize other cells, thus restoring vision.

It will take several weeks to tell whether the procedure will have the results that scientists are hoping for. "It's the first time the CRISPR gene-editing is used directly in a patient," Eric Pierce, a professor of ophthalmology at Harvard Medical School, who is leading a study that the procedure launched, told NPR. "We're really optimistic that this has a good chance of being effective."

The implications of this technology are far reaching. According to NPR, scientists are hoping that this could become the “forever fix” to some serious conditions, like genetic forms of dementia, Huntington’s disease, and some muscular diseases. The patient who underwent this procedure is elderly, his blindness is not life-threatening, and importantly, he volunteered to be something of a guinea pig.

But if everything goes well, this technology could be applied to younger patients with more serious conditions. "All of us dream that a time might be coming where we could apply this approach for thousands of diseases," Francis Collins, director of the National Institutes of Health, told NPR. "It gives us hope."

More like this
Grinding your teeth? Pandemic stress might be to blame
By Melissa Pandika
This Brooklyn bike club centers Black joy and freedom every day
By Patia Braithwaite
People are burned out and quitting their jobs. Could a 4-day work week help?
By Tracey Anne Duncan
Stay up to date