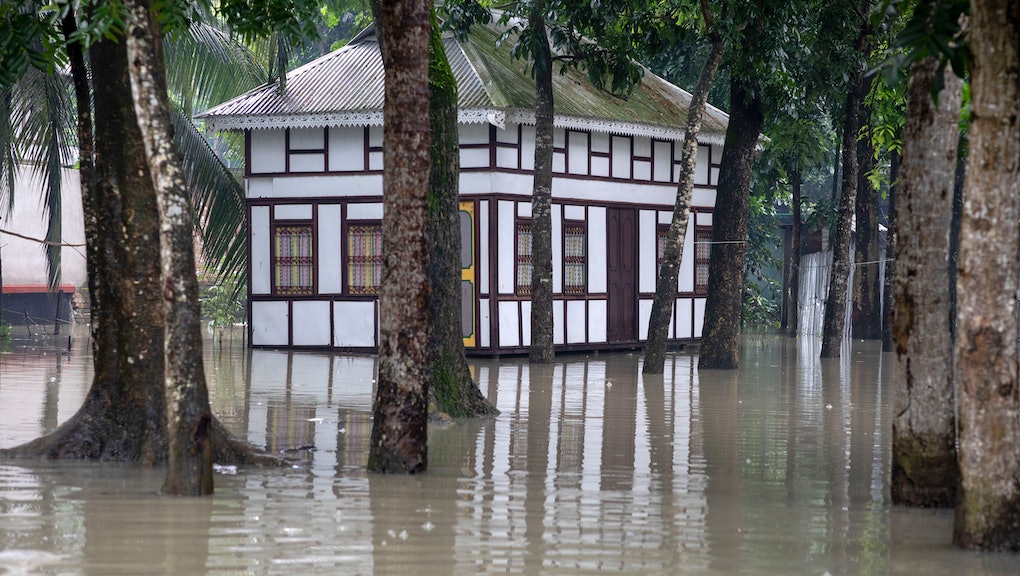 If the approach to climate change has been to hope for the best but prepare for the worst, well, the best just got a little bit worse. A new study published this week in the journal Reviews of Geophysics examined the relationship between carbon dioxide and global warming and found that the most optimistic outcomes are largely off the table already, no matter how drastically humans cut back on greenhouse gas emissions.

The study, conducted by 25 leading climate scientists, found that prior studies on the effects of carbon dioxide in the atmosphere produced too wide a range of potential outcomes. For some time now, the standard that has been used is research conducted by the United Nations intergovernmental panel on climate change, which has found that doubling of atmospheric carbon dioxide from its pre-industrial levels gave us about a 66 percent chance of rising the Earth's global temperature between 1.5 and 4.5 degrees Celsius. This has been the guiding principle for trying to decrease the amount of carbon emissions produced by humans, with the belief being that cutting those emissions could keep warming closer to the 1.5-degree mark.

The latest research suggests that is already out of the question. Instead, the floor for warming is higher than the 1.5-degree threshold, and higher than the 2-degree goal that was established by the Paris Climate Agreement. Instead, researchers believe there is a 66 percent chance that the range of temperature outcomes has a minimum of a 2.6 degree Celsius increase.

If there is good news within the report, it's that the ceiling has also been lowered from previous predictions. Rather than the high-end of likely temperature outcomes sitting at a 4.5-degree rise, scientists now believe that number to be closer to 3.9 degrees Celsius. While that is better than the prior worst-case scenarios, it would still deliver a considerable amount of devastation to the occupants of Earth. A report published by The World Bank found that a 4 degree temperature rise would result in coastal cities being overtaken by rising ocean levels, significant strains on food production and the global supply chain that could result in high malnutrition rates, unprecedented heatwaves, water scarcity, and loss of biodiversity in many regions.

The planet has already started to see the earliest effects of these changes, with sea levels threatening to push hundreds of millions of people from their homes, water shortages striking communities around the world, and as many as one million species in danger of extinction as their ecosystems are destroyed.

The silver lining to the study is that it appears scientists are feeling more confident about their capability to model climate change. By narrowing the band of likely outcomes, lawmakers can feel more confident in the science as they make decisions that will guide human behavior heading into the future. The downside is that even if we suddenly take climate change completely seriously and work collectively to eliminate greenhouse gas emissions, fending off the worst effects now appears off the table.