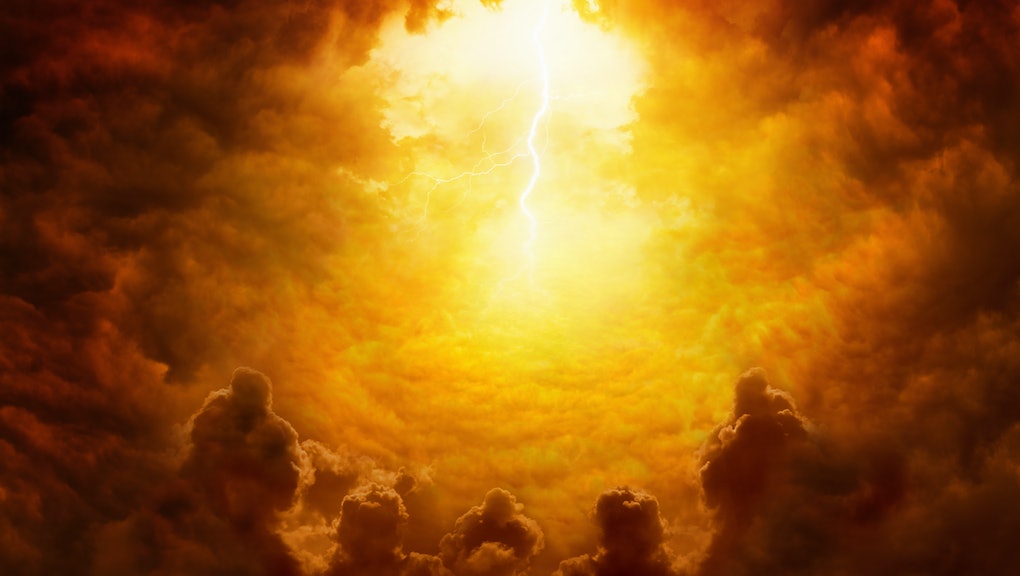 Not actually California. But also maybe not too far off?

Death Valley may have broken its own record as the 'hottest place on Earth' over the weekend. The National Weather Service is verifying a report that the park in California reached a scorching 130 degrees Fahrenheit on Sunday. If confirmed, this would make the temperature the highest recorded on Earth since 1913. The reading from 1913, which was also in Death Valley, was supposedly 134 degrees, although most scientists today doubt the reading was accurate.

Breaking records isn't unusual for Death Valley, but this extreme heat is likely boosted by the heatwave hitting the West Coast, which has caused at least 8 western states to hit 100 degrees or higher over the past few days. The dry and intense weather is fueling wildfires within these areas as well, including the Lake Fire in southern California, which has already burned over 18,000 acres in rural L.A. On Saturday, horrifying "fire tornadoes" ripped through Lasson County, California.

And it's not just the West: The National Oceanic and Atmospheric Administration recently reported record-breaking July temperatures all over the country.

Unsurprisingly, experts believe climate change can explain the extreme rise in temperatures. Not only does climate change make 'rare' heatwaves less rare, it also intensifies the hot seasons people already experience. According to the Centers for Disease Control and Prevention (CDC), over 600 people die from extreme heat every year — a number that could increase as heatwaves linger for weeks.

Health complications due to extreme heat is further compounded by the current Covid-19 pandemic. On August 14, California reported over 600,000 coronavirus cases that left state hospitals struggling with a high volume of patients. High temperatures can end up hurting the same groups of people that are already in pain from the impact of the pandemic: The elderly, children, people with pre-existing medical conditions, and communities that can't afford to use air conditioning in their homes.

Unfortunately, meteorologists expect the high temperatures to continue throughout the week. For folks who are vulnerable to the heat, the CDC recommends staying in cool areas as much as possible, drinking plenty of water, and checking on vulnerable family members who are living alone.