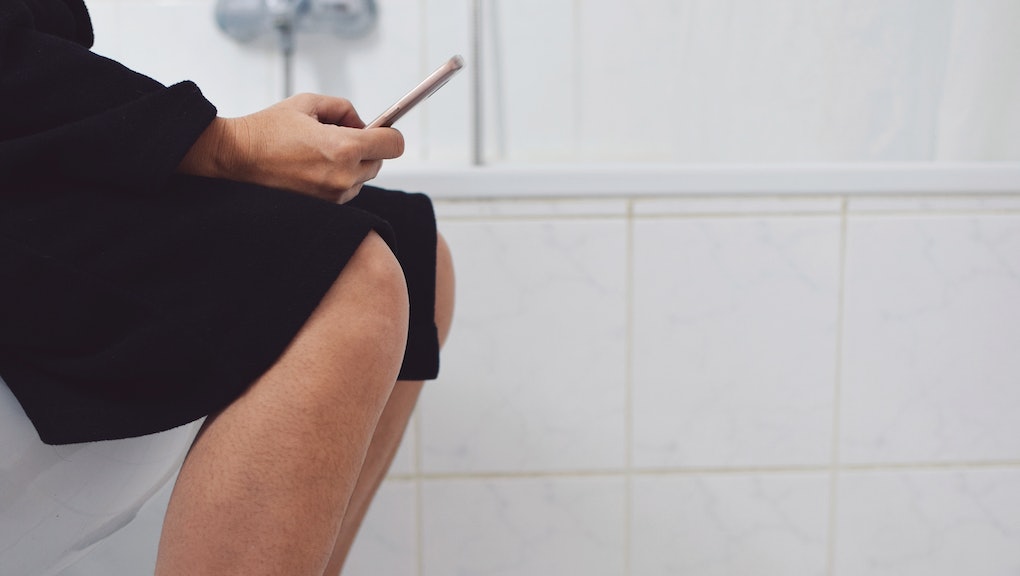 Apparently, Reddit users are posting pictures of their genitals in the subred in the hopes of getting an STD diagnosis from other users — users, to be clear, who are not medical professionals. In case it isn’t immediately obvious, a new study published in JAMA explains why this is not a great idea. It could even be dangerous.

As of January 2019, there were almost 17,000 posts to the subreddit r/STD which included images of peoples’ rashes, warts, and assorted lesions, according to CNN. Slightly over half of posts on the subred were explicitly requesting diagnoses, and 38% of those included photos. Ninety percent of folks requesting a diagnosis received one within a day.

Eighty percent of those posting were seeking an initial diagnosis, but the other fifth already had a diagnosis from a doctor and were looking for second opinions. While seeking a second opinion on any medical condition may seem reasonable, the study found that what folks wanted wasn’t a confirmation, but a medical rebuttal. "They wanted the crowd to tell them, 'No, that's an ingrown hair,' and not a distinct sign of genital herpes,” said co-author John Ayers, an associate professor in the infectious disease and global public health division of the University of California San Diego, to CNN.

Ask Reddit and thou shalt receive. "The study found the diagnoses offered by the crowd are often ‘wildly inaccurate,’ while the types of treatments users recommended frequently went against doctor's orders," CNN reported. Apple cider vinegar was a frequent prescription for everything from genital warts to HPV.

Reddit users are famously generous with advice, and I love them for it. But let’s get real: Crowdsourcing is a terrible way to try to accurately diagnose an infectious and potentially injurious medical condition. Lisa Sanders, an internist at Yale and host of the Netflix show 'Diagnosis,' was concerned about the study’s findings, according to CNN. "It's one thing when doctors can't figure out what's wrong and you ask others for help,” she told CNN, "but these are straight-up tests, usually blood tests."

In other words, these aren’t rare diseases that desperate people are seeking to cure or treat. Photo diagnosis requests on Reddit are frequently for infections like herpes. If you are diagnosed with herpes and you have sores, apple cider vinegar probably won’t help you and it will certainly not protect your next sexual partner from contracting the virus from you.

Look, access to affordable healthcare is abysmal and the stigma attached to STIs is real. But if we want to stay healthy and keep each other healthy, we are going to be self-aware and proactive IRL. If you suspect that you have an STI, contact Planned Parenthood at 1-800-230-7526 to find out where you can get tested in your community.

More like this
Should vaccinated people wear masks indoors?
By Peter Chin-Hong
How to embrace body acceptance without being ableist
By Melissa Pandika
J&J vaccine may be less protective against the Delta variant, new research confirms
By Tracey Anne Duncan
Stay up to date