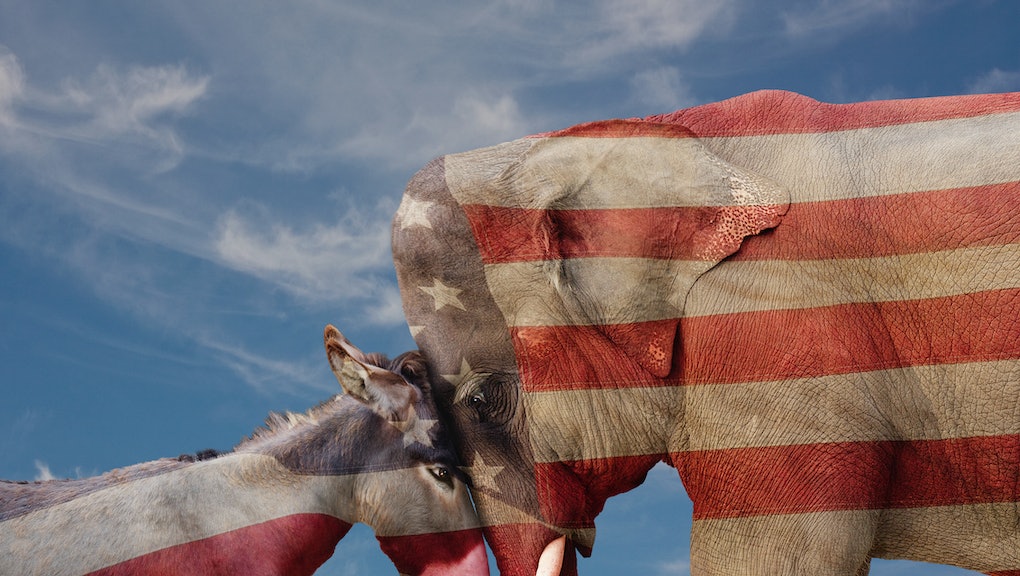 Self-proclaimed "independent" voters aren't that independent after all

Will Donald Trump win reelection in 2020? To find out, you’d think you could just look up whether more Americans are registered as Republicans than Democrats.

But the truth is, it doesn’t really matter which party you register with on paper. Besides, 19 states don’t even register voters by party.

What really matters is what political scientists like myself call your “political identity” – your psychological attachment to a political group, such as a party or an ideological movement.

That’s why political science surveys ask people, “Generally speaking, do you think of yourself as a Republican, a Democrat, an independent, or what?”

This question aims to find out how you see yourself – essentially, which team are you on? This is how many people make sense of the political world.

According to the Gallup polling firm, the identity that people choose most often is actually “independent” – not Democratic or Republican. In 2019, 42% of Americans chose this label – up from the low 30s just 15 years earlier, in 2004.

However, three-quarters of these “independents” admit, when asked, that they lean toward favoring the Democratic or Republican Party. Judging by how they vote or what they think of national political leaders, the truth is that these “leaners” really are partisans rather than independents. Apparently, many people who like to think of themselves as independent-minded and free of party influence aren’t.

So, why call themselves independents? Typically, according to one leading study, it is “not because they disagree with the parties ideologically or politically but because being a party member is embarrassing.”

In fact, only about 10% of Americans are what political scientists call “pure independents” – that is, people who identify as independents and claim not to favor either of the two major parties. Nor has that percentage grown in recent years. This means that the vast majority of Americans – consistently around 90% – are partisans, whether they like to admit it or not.

So, which party do more Americans identify with – Democratic or Republican?

According to the Gallup poll in late 2019, 47% of Americans either called themselves Democrats or admitted leaning toward the Democratic Party, versus 42% for Republicans and 11% independents. However, there are some signs that Republicans gained ground on Democrats in recent months.

Historically speaking, there have always been more Democrats than Republicans in the American electorate – with rare and very brief exceptions – ever since Gallup began polling party identification in the 1930s.

But identifying with a party is not the same as voting for it. Self-identified Democrats are less likely than Republicans to turn out to vote – particularly in midterm elections. This is because young people and other Democratic constituencies tend to be more engaged by the spectacle of a presidential election.

That should be good news for Democrats this year - since, in the 2018 midterms, they won back the House of Representatives. It figures that Democrats would be even more energized to defeat Donald Trump at the polls in 2020. Right?

Not so fast. Recently, Gallup asked Americans whether they are more enthusiastic about voting in 2020 than in previous elections. As it turns out, Republicans are just as enthusiastic about voting as Democrats. This is unusual. In previous elections, the party out of power always expressed more enthusiasm. But not this time. In 2020, partisans on both sides are highly energized.

The good news for Democrats is that there may be more of them to mobilize in 2020 than there are Republicans. The bad news is that Republicans are united behind President Trump – and ready to vote.

Will Democrats nominate a presidential candidate who can fire up their party’s base, too? Chances are, that will matter more than winning over the small slice of American voters who don’t identify with either party.

This article was originally published on The Conversation by Christopher Devine. Read the original article here.