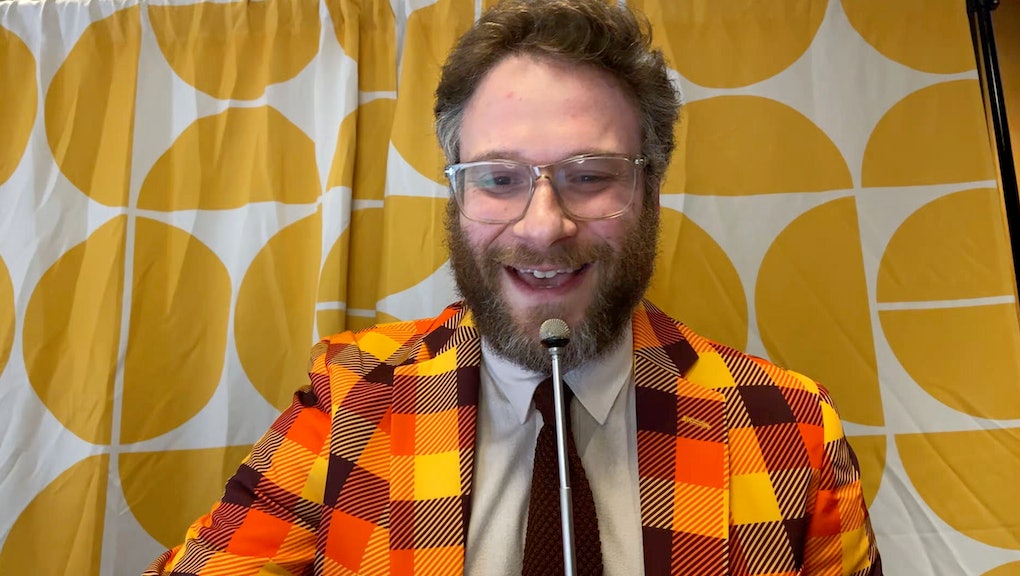 Although Donald Trump is still undeniably the central figure of the modern GOP, the past week has seen a number of his most powerful allies jockeying for their time in the sun. On January 20, Senator Ted Cruz, a strong proponent of overturning the electoral college results, recycled an old Trump quote to criticize President Biden’s move to re-join the Paris Climate Agreement. Almost no one on the broader left let him off the hook for this, including actor Seth Rogen, who launched a days-long Twitter beef with the college debater-cum-possible Zodiac Killer-cum-Lone Star congressman.

Rogen started small, getting in the replies of the original Cruz tweet which implied the Paris Agreement is literally to the benefit of Parisian citizens instead of cities like Pittsburgh. “Fuck off you fascist,” Rogen wrote. Cruz, giddy at the chance to feud with the so-called Hollywood elite and grouse about cancel culture, kept things moving along. “Charming, civil, educated response,” Cruz replied. “If you’re a rich, angry Hollywood celebrity, today’s Dems are the party for you. If you’re blue-collar, if you’re a union member, if you work in energy or manufacturing... not so much.” They traded barbs for much of the week, with Rogen borrowing the words of Allegheny County executive and Jeff Daniels look-alike Rich Fitzgerald to fire away at Cruz:

At one point, Rogen told Cruz that everyone who made the first movie he saw in theaters, Fantasia, would hate him. (Walt Disney, the virulent racist, might be into the current strain of white identity politics.) But Cruz, forever the type of guy who simultaneously thinks the nastiest thing you can say to someone is a naughty four-letter word and that any criticism infringes on his free speech, replied that Rogen behaves online like a “Marxist with Tourette’s.” Rogen, who has Tourette’s in his family and a mild case himself, found a new reason to tell Cruz to fuck himself here, with the senator peddling a common, insidious myth about the disorder.

Things have simmered down since Sunday, when Rogen got a little more serious about the replies and continued to attack Cruz, who he claims has “blood on his hands” and inspired the deadly riot. "This isn't a Twitter 'feud,'" Rogen said; rather, it's giving Cruz the necessary hell for stirring up insurrection and openly toying with election conspiracies that fractured the country to a near-breaking point. Luckily the guy has his pottery sideline to keep calm through all of this.

More like this
If "Today Is America" then what the hell is tomorrow?
By Rafi Schwartz
There are QAnon NFTs now, because one grift deserves another
By AJ Dellinger
The U.K.'s biggest asshole is crossing the pond to join the goblin army at Fox News
By Rafi Schwartz
Stay up to date