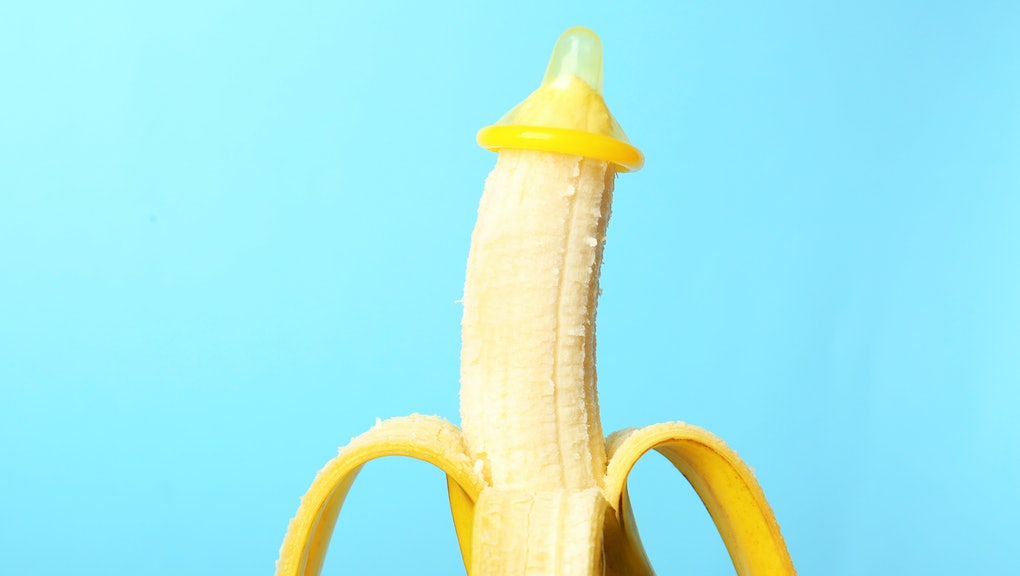 Over the weekend, I was reminiscing with friends about our teen years over Zoom, generous pours of Cabernet in hand, when the subject of our sex ed class came up. In late ‘90s suburban Maryland, my official bout with sexual education was a single semester in high school. It was called “health class.” Since I spent the formative years of my life at a Catholic grade school, the priests who taught the boys about sex just told us not to have it. At least until we married a woman. Spoiler alert: I’m super gay.

Regardless of the distinct lack of early sex education in my life, my high school class didn’t really help out a gay teen like me, either. The focus was mainly on reproduction, anatomy, and STDs, the last of which our teacher focused on in great photographic detail in hopes of dissuading our raging hormones from giving in to their instincts. The class didn’t focus at all on LGBTQ+ issues, relegating us to a single sentence or two about “other lifestyles.”

As you can imagine, this led to a lot of trial and error in my sexual life, an area where as little error as possible is perhaps the goal. Ultimately, there was quite a lot of error. That’s why inclusive sexual education needs to A. actually exist and B. start early. Certainly earlier than junior year of high school.

This tracks with me, a Black gay youth who also lost his virginity before he could drive. The study, done by the Rutgers School of Public Health's Center for Health, Identity, Behavior and Prevention Studies also found that 19 percent of study participants had their first sexual experience before the age of 13. That’s way earlier than my own (already pretty early) experience, and it illustrates a need for more inclusive sex education.

Historically, the U.S. (and most other countries, to be fair) hasn’t been great with teaching even the broad strokes of sexual education. If you’re like me, your teachers probably left out important facets of a healthy knowledge of intimate relationships like maintaining a healthy body image and understanding and exercising consent. These are issues that apply to every human being, period. So, when it comes to the unique concerns of LGBTQ+ health, even when it doesn’t concern intercourse — like non-binary and trans gender identity, for instance — schools around the country have fallen (and continue to fall) tragically short. This is why, when it comes to the particulars of sex in queer communites, people such as myself are often vastly unprepared for that world and all that comes with it.

A lack of appropriate sex ed, as we know, has real world consequences, more than giving queer people a steeper learning curve to sexual health proficiency. For one, Black gay, bisexual, and other men who have sex with men are more affected by HIV than any other group in the United States. In 2018, black gay and bisexual men accounted for 26% of the 37,832 new HIV diagnoses and 37% of new diagnoses among all gay and bisexual men in the United States according to the CDC, even though LGBT Black people only make up around 1% of the population of America, according to Gallup. It’s clear that knowledge is power in this instance, and our educators need to give us more.

Thankfully, there are signs things are getting better for LGBTQ+ youth around the world. Wales recently made it a requirement to include LGBTQ+ relationship and sex education in all curriculums, including Christian schools like mine that have historically not been too forthcoming on queer culture. This change in Wales’ tune is likely due in part to a growing knowledge of the difficulties that LGBTQ+ people face in the U.K. After an explosive 2015 study in the the British Medical Journal sounded an alarm on the epidemic of drug use in gay sex culture, it became a national concern, and though concern sometimes comes change. Hopefully the U.S. can learn something from Wales, soon.

Even though many of those same issues with drugs and sex in the gay community happen here in America (and receive national attention, like in the case of noted creep and disgraced Californian donor Ed Buck), the best the U.S. has to offer schoolchildren are often just guidelines. A 2019 study found that 15 states in America and D.C. had a majority of schools who offered LGBTQ+ inclusive sex ed curricula. This includes D.C. and Maryland, which means kids going to my alma mater are learning much more than I did.

This is encouraging news to hear, but there are 50 states, and that accounts for a lot of kids going to schools who don’t require it at all. In 11 states, only 35% or less of their schools taught LGBTQ+ curricula at all, and wow, that’s terrible. I hurt for those poor kids in Utah, Arizona, Virginia, and others. Queer folk shouldn’t have to learn about sex on their own.

This article was originally published on July 16, 2020

More like this
California could ban nonconsensual condom removal. Why isn't this already illegal?
By Melissa Pandika
This anxiety study is a really passive-aggressive reminder that wealth equals happiness
By Ian Kumamoto
Brain scans revealed how racism weighs on Black women's health
By Sierra Carter
Stay up to date