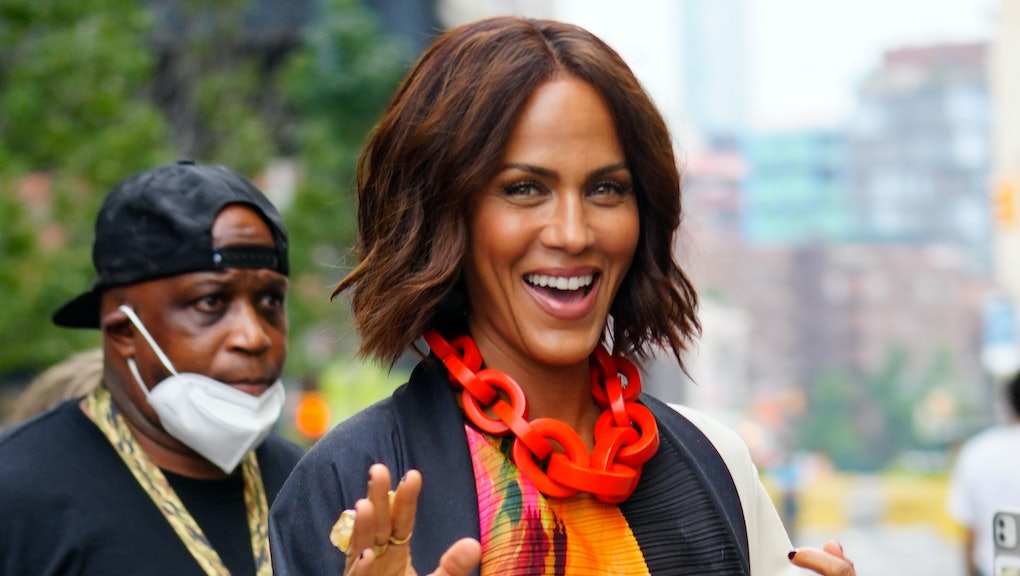 When HBO Max announced its Sex and the City reboot, And Just Like That..., which catches up with Carrie Bradshaw and her friends as they navigate their 50s, one member of the original show's iconic foursome refused to reprise her role. Kim Cattrall made it clear she was done playing Samantha Jones, the sex-positive PR powerhouse beloved by SATC fans.

"I went past the finish line playing Samantha Jones because I loved Sex and the City," she said two years ago. "It was a blessing in so many ways but after the second movie I’d had enough. I couldn’t understand why they wouldn’t just replace me with another actress," Cattrall added.

Well, it appears the reboot has done just that. Nicole Ari Parker is getting top billing in the new show alongside Sarah Jessica Parker, Kristin Davis and Cynthia Nixon. She's rounding out the core quartet as Carrie's new best friend, documentary filmmaker Lisa Todd Wexley. Ari Parker has a stacked filmography, known for her roles in Empire and Chicago P.D. as well as Soul Food, Brown Sugar and Boogie Nights.

There's been a lot of speculation about how And Just Like That... will explain Samantha's absence. Did they kill her off? Did she have a falling-out with her friends (mirroring Cattrall's real-life feud with her costars)? The chief of content for HBO Max, Casey Bloys, gave a hint about what happened to Samantha last winter: "Just as in real life, people come into your life, people leave. Friendships fade, and new friendships start," he said. "The friends that you have when you’re 30, you may not have when you’re 50."

For the Sex and the City-verse to make sense in 2021, the new show also needed to fix its glaring whiteness. "That show was as white as it gets. They didn’t ever have a person of color as a series regular," Chelsea Fairless, co-founder of the Instagram account Every Outfit on Sex and the City, said in 2018. Television series like SATC and Friends made New York City, one of the most diverse metropolises on Earth, seem like it was mostly populated by white people.

The reboot is at least making an effort to cast actors of color. In addition to Ari Parker’s starring role, Sara Ramirez, Karen Pittman and Sarita Choudhury were hired as supporting characters in the new show. Ramírez, best known for Grey's Anatomy, is playing Che Diaz (they/them), a non-binary, queer stand-up comedian who hosts a podcast that Carrie regularly guests on. Pittman is Dr. Nya Wallace, a brilliant Columbia Law professor, and Choudhury is Seema Patel, a powerhouse real estate broker.

It's great that HBO Max is centering diverse women and non-binary people in the SATC reboot. We're certainly not mad about it, even if we still have mixed feelings about whether the new show is remotely worth watching without Samantha. However, it does feel like And Just Like That... is trying to tick all the diversity boxes it lacked the first go-around. For a sex columnist, Carrie was shockingly close-minded about a lot of things, like queerness, and when the show did feature Black actors in any prominent way, it invoked cringe-worthy stereotypes. Those gaffes definitely can't happen in the new series, but we hope diversity isn't treated as set dressing, either.