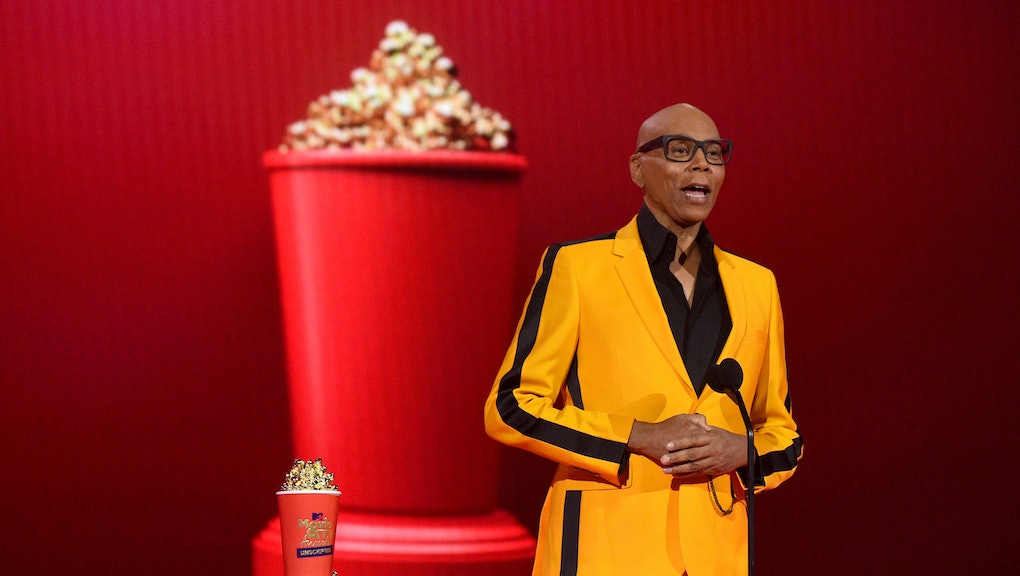 Should cis women get to be Drag Race contenders?

The queer community is always here for the gag of it all, but what happens when the gag is at our expense? That's kind of what it feels like as the RuPaul's Drag Race empire has announced a new turning point: the inclusion of cisgender female queens. It has now been revealed that the UK edition of the drag competition will feature cisgender competitor Victoria Scone in its third season. Queue complex feelings from anyone who's a fan of the show, and the queer community at large.

While Victoria seems entirely charming and fun, I can't help but ask the question: what even is a cisgender female drag queen? It feels like an exploitative tactic to get in the limelight. Yes, perhaps Scone is an artist of transformation, an impersonator, and a campy performer, but the entire essence of drag has always been in its queerness. Drag has deep roots as a form of protest, a blatant visual fuck you thrown in the face of the oppressor. Drag Queens in Los Angeles fought back against police at Cooper's Donuts in 19`59. They did the same at Gene Compton's cafeteria in San Francisco in 1966. They infamously threw bricks at Stone Wall in New York in 1969. In 1971 they were chased by Oxford police as radical queens performed a dress rehearsal for the first official pride held by the U.K. Gay Liberation Front. Drag queens have for decades been at the heart of queer liberation, and the expression of both queer rebellion and queer joy.

RuPaul himself has courted a complicated relationship with gender representation on Drag Race. He got into hot water in 2018 when he said that he didn't think he would allow post operative trans women on the show. He told the Guardian in an interview, "Women don’t really dress like [drag queens]. We are wearing clothes that are hyper feminine, that represent our culture’s synthetic idea of femininity. … Drag loses its sense of danger and its sense of irony once it’s not men doing it, because at its core it’s a social statement and a big f-you to male-dominated culture. So for men to do it, it’s really punk rock, because it’s a real rejection of masculinity.” Those comments received valid backlash, and an ensuing apology to the trans community. In now deleted tweets RuPaul said, "I understand and regret the hurt I have caused. The trans community are heroes of our shared LGBTQ movement. You are my teachers."

Since then many trans performers have competed and even come out as trans on the show, which is the representation one would hope for from a product that is presenting much of the straight cisgender world with its first or only image of the queer landscape. But how do RuPaul's comments apply to allowing cisgender women to compete, if the whole point is queer male rebellion? By the logic of his statement she is just a woman dressing like a drag queen, and there is no real protest in that. But perhaps that's the point, cisgender women performing drag is a challenge to our engrained stereotypes and preconceptions.

There is a subset of the queer community that thinks Victoria Scone's casting is a positive step forward for representation. Some are pointing out that drag is meant to tell stories, and cisgender performers are just telling a different kind of story that helps people understand that "drag is for everyone." Others are mentioning that describing people as AFAB (assigned female at birth) is not a gender positive way to describe people in our queer world that is trying to erase patriarchal language and ideas around gender.

Victoria Scone says in her own words, "Some people want to put a label on it and call me an AFAB drag queen...but I am just a drag queen. Drag is for everyone, and I'm here to show you how." She also acknowledges, "Me being here right now is political, but you can just have fun with it." And while some queens like Canada's Juice Boxx are congratulating Victoria, queer twitter is a bit quiet for such big news, suggesting that many might not support the move to allow cisgender women to compete.

Ultimately the controversial casting speaks to our increasingly queer world that is consistently pushing the boundaries and bucking back at those who want to contain it and what defines it. While I think that cisgender women performing female drag is problematic in that it could be a slippery slope to heteronormative, patriarchal, cisgender straights trying to claim queer spaces or insist on some kind of reverse equality, I also am open to having my mind expanded to what is considered queer in the mainstream. No one likes a TERF, so perhaps we should try not to be the antithesis of one on the other side of the spectrum either, as misogyny within the queer community is prevalent. We'll just have to wait and see how fierce and fabulous Victoria Scone is, and see how this new high profile representation shifts mindsets on the matter.

More like this
The bittersweet success of 'Shang-Chi' after a year of pandemic-fueled Asian hate
By Brandon Yu
Merely changing ‘The Activist’ from game show to documentary misses the point
By Shamira Ibrahim
The 8 best reality shows you're not watching, but should be
By Brandon Yu
Stay up to date