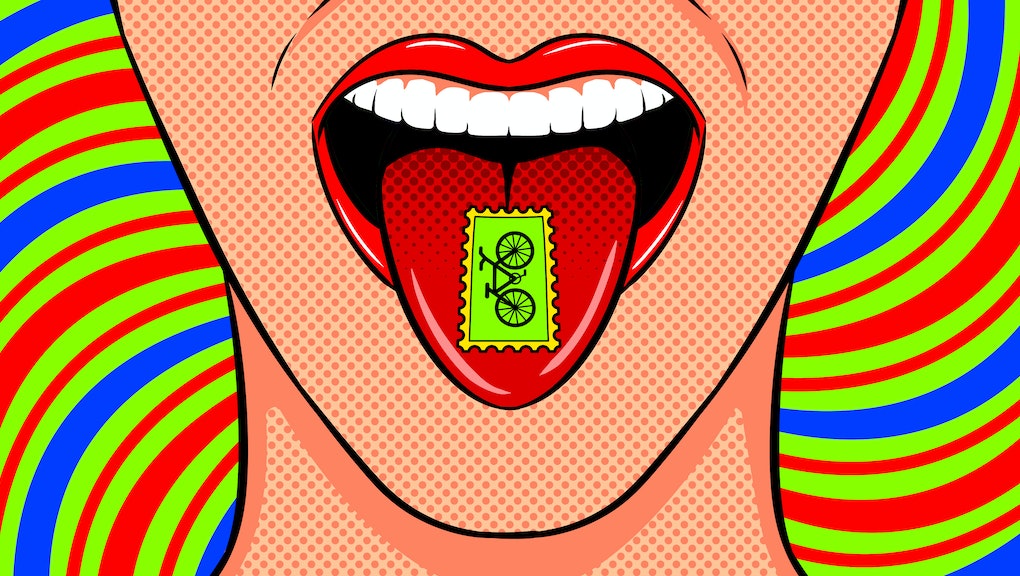 Should I try microdosing at work? The science behind the Silicon Valley brain hack

Tech culture is obsessed with productivity hacks, whether chugging meals in the form of Soylent, or logging in steps on a treadmill desk. Microdosing psychedelics has emerged as one of the trendiest productivity hacks, making those who practice it seem subtly edgy while also supposedly enhancing their focus and creativity. But is the notion that microdosing at work can improve job performance rooted in science, or is it just a Silicon Valley myth? Mic asked two psychiatry researchers for their insight.

First, some background on microdosing, which basically involves taking tiny doses of psychedelic compounds such as LSD or psilocybin (which comes from magic mushrooms) on a regular basis. A full dose, roughly 100 to 200 micrograms, would likely make you trip and interfere with your daily functioning, says Harriet de Wit, founder and primary investigator of the Human Behavioral Pharmacology Laboratory at the University of Chicago. A microdose, on the other hand, ranges from only 10 to 20 micrograms, and is taken every three or four days.

As for whether microdosing at work can boost performance, it’s still too early to say, experts tell Mic. Most of the published research on microdosing consists of surveys in which people report how they feel after microdosing (such as more focused, or more productive) which may not reliably reflect its effects, says Matthew Johnson, an associate professor of psychiatry and behavioral sciences at Johns Hopkins University School of Medicine. This is partly because a lot of people have preconceived notions about psychedelics that influence what they report back — a phenomenon called the placebo effect. De Wit also says that the composition of the microdoses and purity of the drugs used are unclear.

As for whether microdosing at work can boost performance, it’s still too early to say.

In a study that actually measured participants’ cognitive performance, rather than relying on their self-assessments, microdosing psilocybin seemed to boost two indicators of creativity. But the participants knew they were taking psilocybin, so their expectations might have affected their performance there too, Johnson says.

He notes that so far, there have been only two placebo-controlled laboratory studies in which participants and researchers alike remained blind to the regimen participants were assigned to, and were therefore less likely to be biased by their expectations. In one of the studies, de Wit and colleagues gave 20 healthy adults a single dose of a placebo, or one of various microdoses of LSD. When the effect of LSD peaked, they completed tasks meant to measure cognition.

For the most part, the microdoses didn’t affect participants’ cognitive performance, de Wit says. Then again, they had received only a single microdose; microdosers often report feeling effects over repeated dosing. Plus, her team looked only at healthy people, meaning it’s still possible that microdosing LSD could lead to improvements in people with cognitive impairments.

In another double-blind, placebo-controlled study, this time in about 50 older adults, researchers at the University of London, Imperial College London, and other UK institutions found that microdoses of LSD actually seemed to impair cognition, specifically the ability to judge time.

Johnson strongly advises against microdosing at work, citing anecdotes from people for whom a microdose had a stronger effect than they had expected, making them trip at work.

That’s not to say that microdosing has zero benefits for work performance, Johnson says. De Wit’s study and the UK study didn’t look at the real-world effects of microdosing every three or four days on a continual basis, the typical regimen. And although anecdotal reports of the cognitive enhancements due to microdosing may very well be a placebo effect, “the question is if some of it is real,” Johnson says. “I think it’s plausible that some of it is real.” But it’s impossible to be certain until scientists conduct more, and larger, double-blind, placebo-controlled studies.

Given how little we know about the effects of microdosing, experts don’t think trying it at work is a great idea. Johnson strongly advises against it, citing anecdotes from people for whom a microdose had a stronger effect than they had expected, making them trip at work — an experience that can make you feel awful at best, and endanger yourself and others at worst, depending on the tasks your job entails. He adds that microdosing psychedelics long-term may act on a certain type of serotonin receptor, which could lead to heart valve problems.

De Wit doesn’t feel comfortable recommending microdosing at work, either. “I don’t think we have the science to back it up right now,” she says. Plus, using drugs that don't have very much research behind them is always somewhat of a gamble. And again, there’s no way to know for sure how pure they are, for instance, or if they contain toxic adulterants.

If you feel strongly that microdosing will help you professionally, she suggests carefully researching the source, and if you experience any adverse effects, stop using the drug and maybe even consult a physician to ask whether you need to worry about them. Of course, no one is stopping you from microdosing on the job, but know that pursing the practice’s still-hazy promise of productivity carries real risks.

This article was originally published on Oct. 24, 2019

More like this
Too much sitting will wreck your life — but some types are better than others
By Wuyou Sui and Harry Prapavessis
How to file your taxes: A beginner's guide
By Melissa Pandika
Amazon is sorry everyone found out their employees have to pee in bottles
By Tracey Anne Duncan
Stay up to date